Plants, poisons and power — the art of Kapwani Kiwanga

When Kapwani Kiwanga was asked to take part in an exhibition on Napoleon’s legacy at the military museum in Les Invalides in Paris, she was initially sceptical. She did not want her work, which explores power, resistance and postcolonialism, to celebrate the emperor of France whose martial reign and re-establishment of slavery she saw as “dark spots in history”.

But Kiwanga changed her mind when she saw the small soldiers’ cathedral behind Napoleon’s ornate tomb where France has long displayed enemies’ captured flags. “It has to be here,” she told the curator.

Kiwanga knew that her work, “Nations” (2020), would stand as a subtle challenge in a space that glorifies French conquest. Inspired by her travels in Haiti, the piece resembles a ceremonial banner and is made up of richly coloured cloth panels, including one depicting the moment in 1801 when Toussaint Louverture declared the island to be a republic with freedom and equality for all. Napoleon sent an army to crush the movement.

“It was so interesting to show ‘Nations’ in such a very charged space, instead of the white cube of a gallery,” Kiwanga says, sitting on the terrace of a café by the Seine, near her live-work studio. “With the tomb of Napoleon so nearby, showing the link between these histories in all their complexities was really important for me.”

Her insistence on getting the spot she wanted revealed an aspect of Kiwanga’s character: she is exacting, uncompromising even, but this lends a clarity of purpose and deep originality to her art.

The 43-year-old, who grew up in Canada and has lived in Paris since 2005, has racked up prestigious prizes such as the Marcel Duchamp award for young artists in France and the Sobey award in Canada. It is quite a feat for someone who only settled on a career in art in her thirties after studying anthropology and comparative religion at McGill University and working in documentaries.

Using mediums including sculpture, video, installations and performance, the only constant in her practice is that she always begins with historical research. “I’ll start with a question or a fact or an event, and I just start reading and reading,” she said. “Going down the research wormhole, you never know where you are going to end up. It’s only quite late in the game that I decide that it has to be a sculpture or a video or something else.”

She then collaborates with makers who execute the works, such as the embroiderer for “Nations”. Asked about her process, she smiles and says: “My studio is more in my head than in a physical space.”

Her work explores episodes from history that resonate with current debates over racism, power and identity, such as “Greenbook” (2019), in which segregation in the Jim Crow South inspired a series of spare white prints, and video installation “Afrogalactica” (2011), drawing on jazz musician Sun Ra’s Afrofuturism.

But Kiwanga does not appreciate it when critics assume certain things about her identity (her father is from Tanzania and she still has family there). Africa and the African diaspora may be recurrent themes in her work but she is also shaped by the multiculturalism of Canada. “My work is political in some ways, but questions about race and identity are not things that are in my work, and there’s a reason for that. My work is about power imbalances, and the structures which create, perpetuate and protect them. And that’s much larger, I think, than just identity.”

Her best-known work is a series called Flowers for Africa in which Kiwanga picks an archival image from events held to commemorate the independence of African countries. She reinterprets the floral arrangements in the photographs, displaying the bouquets on white pedestals. They slowly decay during the show, alluding to the impermanence of history and art. Red and white flowers represent Algeria’s 1962 independence from France, while a monumental arch of eucalyptus leaves marks Rwanda’s.

Bernard Blistène, who directed France’s National Museum of Modern Art from 2013 to 2021, calls “Flowers for Africa” a “masterpiece” that explores society’s rituals of commemoration. “The flowers on a pedestal are slowly wilting in sort of an anti-monument but to what we are not sure exactly,” he says. “Like much of Kapwani’s work, it is a beautiful and just alliance of the aesthetic and the political.”

Kiwanga has again turned to botany for inspiration in “Potomitans”, which will be shown at Art Basel from September 24-26 with Galerie Jérôme Poggi. In this, two plants that slaves once used to poison their owners, Mimosa pudica and Phytolacca americana, are reimagined as silver talismans. A group of 40 will be hung from the ceiling on thin chains.

“I liked the idea that such a slight, innocuous object could have such power,” she said. “If you have no weapons, if you have been disarmed, then you can find allies in the natural world.” 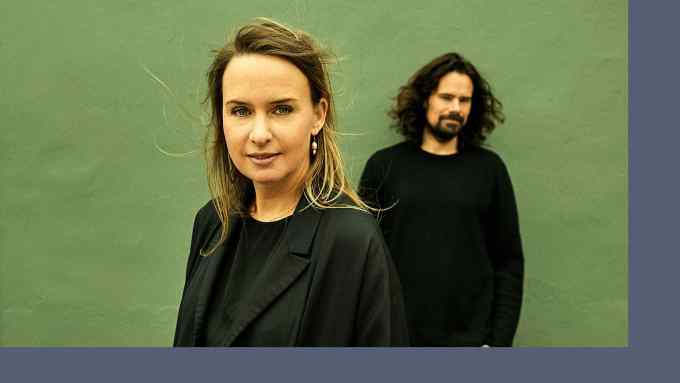