One of the most prominent executives in the European exchange traded fund industry has joined HANetf just as the London-based investment boutique has passed the $2bn milestone for assets under management.

Manooj Mistry, a former head of ETFs and index investing at DWS, the asset management business owned by Deutsche Bank, has taken the job of chief operating officer at HANetf where he will lead product development and oversee regulatory affairs.

Industry veteran Mistry left DWS in October after helping it become the second-largest ETF provider in Europe behind BlackRock. He oversaw the launch of more than 400 exchange traded products while at DWS and helped to develop the first ETF in Europe when working at Merrill Lynch in 2000.

Since then, assets held in European listed ETFs (funds and products) have grown to just under $1.3tn at the end of January, according to ETFGI, a London-based consultancy.

“ETF assets in Europe could triple by the end of the decade if you compare the development of the industry in Europe with the US,” said Mistry.

These strong growth prospects are drawing interest from a growing number of new players.

HANetf was established in 2017 as a “white-label” issuer to provide a one-stop-shop for asset managers that want to enter the European ETF market without having to establish a full services business. HANetf can provide product development, operational services and regulatory expertise, as well as distribution and marketing capabilities. It helps asset managers to bring new products to market in as little as 10 weeks.

It now has a range of 11 exchange traded products, including a gold price tracker launched in partnership with the Royal Mint, Europe’s first medical cannabis ETF and the world’s first sharia-compliant actively managed global equity ETF.

It also launched a Bitcoin tracker, known as BTCE, in June 2020 that trades on the Xetra exchange in Germany and which now has $1bn in assets. The stratospheric increase in the price of Bitcoin this year has been a key driver of the 85 per cent increase in HANetf’s assets so far in 2021.

An additional 10 ETFs are in development for launch in the first half of this year.

“The long-term goal is to build out a ‘periodic table’ of ETPs across ESG, thematics, smart beta, active and niche strategies,” said Hector McNeil, co-founder and co-chief executive at HANetf alongside Nik Bienkowski.

McNeil, one of the ETF industry’s most ebullient champions, said HANetf was now looking to expand beyond Europe after holding discussions with asset managers in Mexico and Brazil that have expressed an interest in developing new products. 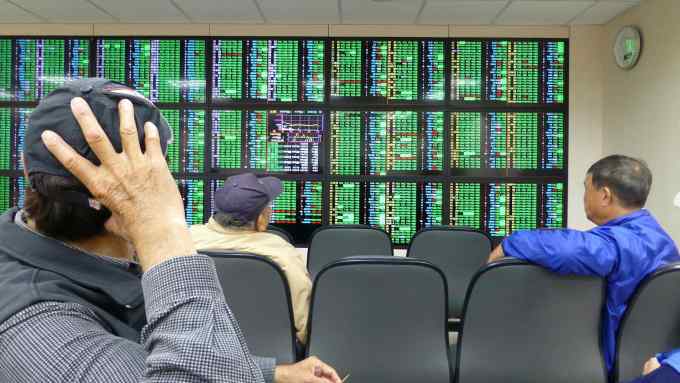