Artificial noses and antimicrobial mats can help, but there are no magic bullets

The waste of a third of the world’s food, as the world’s population pushes towards 10bn by 2050, is spurring a search for solutions. While the ultimate answers may lie with business leaders and politicians, a growing number of start-ups think that technology can help too.

Among them is British company RoboScientific, which last year won an annual agricultural technology competition run by Tesco, the UK’s largest supermarket chain.

Despite this up-to-the-minute accolade, RoboScientific’s sensor technology has ancient roots. “Back in the middle ages, doctors used to smell disease on people by smelling their breath and poo,” says lead scientist Stan Curtis. “Believe it or not, it basically works.”

The start-up has developed a device that functions like a robotic nose, sniffing out changes in the volatile organic compounds — essentially scent molecules — emitted by crops and livestock, and sending alerts when these indicate spoilage or disease. Equipped with this information, a farmer can remove a spoilt batch of potatoes before it contaminates an entire warehouse.

Other companies are trying to prevent rot taking hold in the first place. Hazel Technologies, which is backed by the US Department of Agriculture, has developed packaging inserts that extend the shelf life of fruits and vegetables.

Contained in small sachets that can be dropped into crates of fresh produce, Hazel’s active ingredients percolate into the air and inhibit the activity of ethylene, the plant hormone that causes ripening. The sachet’s formula also contains antifungal compounds to hinder decay.

Further along the supply chain, Netherlands-based Parx Materials supplies antimicrobial plastics to supermarkets for use in fruit displays and in December 2019 signed a partnership deal with food giant PepsiCo. Meanwhile fledgling US company Produce Mate is focusing on households: it has come up with an antimicrobial mat on which to store fresh produce in the home.

According to market research company Grand View Research, the antimicrobial technologies sector could be worth nearly $12bn by 2024. Other approaches are stirring investor interest as well. In May, US start-up Apeel, whose edible coating for fresh produce slows water loss and oxidation, achieved a valuation of more than $1bn, making it an agri-tech “unicorn”.

But what is a priority for one part of the world may not be a priority for another. Different regions waste food in different ways: according to the UN Environment Programme, 40 per cent of food loss occurs just after harvest or during processing in developing countries, whereas in industrialised countries more than 40 per cent of food loss occurs when food reaches retailers or consumers.

While technology can help reduce this waste, it is often not the most sophisticated or even up-to-date innovations that have the biggest impact.

Brett Rierson, founder of Uganda-based non-profit Harvest Agricultural Solutions, describes himself as “the number one advocate of non-sexy tech”. After seeing how hermetic bags and silos could reduce losses for smallholder farmers in sub-Saharan Africa, he quit his job on the UN World Food Programme to put his time into promoting them. “I've never seen anything as transformative as this very simple technology,” he says.

The hermetic containers are essentially airtight vessels that suffocate insects and prevent mould from growing. “We measured post-harvest loss to be at 30 to 40 per cent and after using hermetic bags this amount was reduced to an average of 2 per cent,” Mr Rierson says.

The technology has been around since the 1980s, when it was pioneered by researchers at Purdue University. Now funded by the Bill and Melinda Gates Foundation, the Purdue Improved Crop Storage (Pics) bag is used by farmers across Africa, Asia, Central America and the Caribbean. Other companies offering hermetic bags, such as Tanzania-based AgroZ, have also been expanding in recent years.

Experts warn that, however promising a technology may be, there are no magic bullets. Speaking at the UN’s first International Day of Awareness of Food Loss and Waste this September, Maximo Torero, chief economist at the FAO, noted that a hermetic bag is no use without proper drying technology. “Technology has to be looked at in its context and location and it has to be specific,” he said.

And while economic shocks such as the coronavirus pandemic may have drastic effects on waste, they do not readily lend themselves to high-tech solutions. One consequence of Covid-19, for example, may be an increase in food waste in the global south, as demand for high-value commodities such as tropical fruit shrinks in the recession-hit north.

Liz Goodwin, senior fellow and director at the World Resources Institute, believes that technology can help but should not be the first step. “The pandemic has shown us that our supply chains are not as resilient as they should be,” she says. “Technology has a part to play all the way along the supply chain but it’s not going to. . . solve the issue.”

What is needed, she adds, is better collaboration along supply chains and increased awareness. “We need to start valuing food for what it’s worth so people don’t want to waste it.” 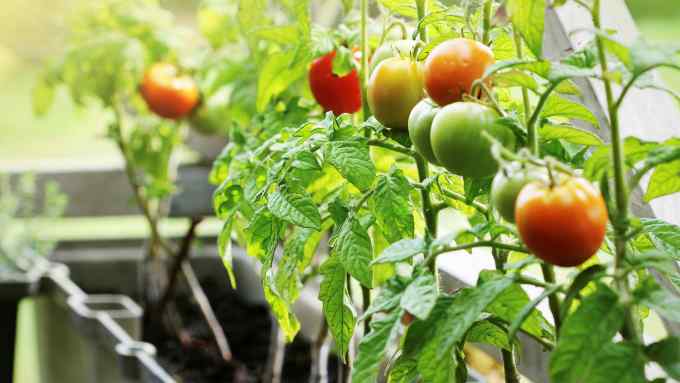