How edible seaweed could combat plastic pollution of the seas

Working as an engineer in L’Oréal’s Paris factories, Pierre-Yves Paslier was shocked by the volume of plastic that modern companies produce.

Now the co-founder of an alternative packaging company, the 31-year-old recalls watching in alarm as thousands of skin cream tubs and cosmetics bottles sped off production belts in the company’s factories.

“I was like: ‘This is crazy. This is really how much plastic we use?’” he says. “I was the guy helping this happen [and] that felt really wrong.”

Mr Paslier left L’Oréal in 2012 to start a masters degree in innovation, design and engineering at Imperial College London and the Royal College of Art, where he set about brainstorming non-plastic container designs. He and classmate Rodrigo García González studied the properties of watermelons, tomatoes, coconuts and tapioca to understand how natural foods hold liquids. They finally settled on seaweed as their material of choice.

Four years ago, the pair turned their project into a business, called Skipping Rocks Lab, with the help of a grant from the EU. Their first edible packaging project was a seaweed pod filled with filtered water, which they sold to running events. The runners gulped them as an alternative to drinking from plastic bottles.

This summer they launched sauce sachets made from the seaweed material, which are on trial at 10 London takeaways with the delivery service Just Eat. They have also taken ginger and fruit juice shots to Selfridges, the department store, and sold the product at UK music festivals as edible alcohol shots, including espresso martini and tequila sunrise. People swallowed them “like a cherry tomato”, Mr Paslier says.

Customers can eat the packaging — which has a slightly chewy texture, but little taste — or throw it away and it will biodegrade in about six weeks.

Our market is instant consumption — we can have a huge impact

In their east London lab, the co-founders are now experimenting with using their seaweed wrap to replace plastic toiletries bottles in hotel rooms. They believe that alternative packaging will increasingly replace plastic in many areas and hope to form partnerships with big food companies — they mention Heinz and McDonald’s as potential targets — to develop their packaging.

They acknowledge that biodegradable packaging will require a rethink of how everyday items are stored and consumed. Ooho, as their product is known, has a limited shelf life and starts to shrivel after a few days. It cannot be resealed and is more delicate than plastic, so would be best for liquids consumed soon after purchase.

“We don’t see our products replacing bottles on the shelf for a long time,” says Mr Paslier. “Our market is instant consumption — we can have a huge impact on sports events, festivals, takeaways.”

Their business plan is to sell the seaweed material to individual companies and lease them machines to add liquids on site. In two years, they have raised just over £2m in funding and generated a modest income from trials, Mr Paslier says. They plan to launch commercially next year.

Ooho comes at a time of growing awareness of plastic’s polluting impact, especially on marine life. A 2016 report by the Ellen MacArthur Foundation, which campaigns for minimising use of finite resources, says that by 2050 there could be more plastic than fish in the sea by weight. Governments are also pushing for change. In October, the European Parliament voted to ban a range of single-use plastics, including cutlery, plates, stirrers and straws, and several countries have levies or bans on disposable plastic bags, including China and South Africa.

But creating new materials that are as cheap and durable as plastics has not been easy. “This is a market where it is hard to be competitive,” says Mr Paslier. “Plastic is a wonderful material, it is cheap and it is very hard to find an alternative that can replace it [across the economy].”

He hopes the economics will change as alternatives scale up and policies to ban and tax certain products bite. After a charge of 5p for single-use plastic bags came into effect for large businesses in the UK in October 2015, for example, their use dropped by more than 85 per cent in the first year, according to figures from the Department for Environment, Food and Rural Affairs. In the October Budget, the UK government announced it would introduce a new tax on plastic packaging with less than 30 per cent recycled material.

The next step, say some academics, is for countries to give more money to help businesses get off the ground. Wind and solar power took off because of supportive government funds, says Jem Woods, a reader in sustainable development at Imperial College London. “A similar approach is required [with plastics]. If you want to change from existing industries you have to fund the more disruptive start-ups.”

Get alerts on Innovation when a new story is published 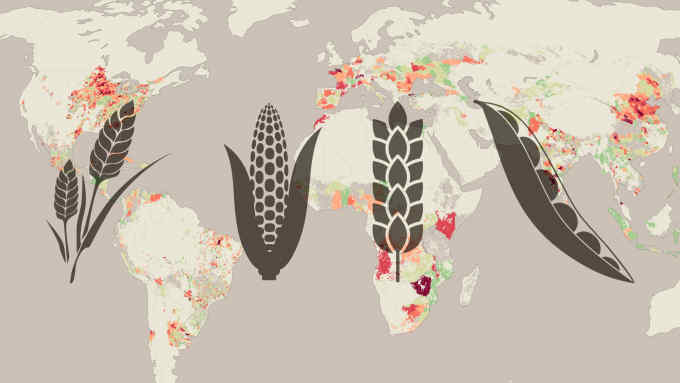