Key Bund yield on brink of turning back above zero

Tommy Stubbington in London and Martin Arnold in Frankfurt

Upheaval in eurozone debt markets has left benchmark German borrowing costs on the cusp of climbing above zero for the first time in nearly three years, in a sign that investors believe major central banks are close to withdrawing their pandemic-era stimulus.

The country’s 10-year bond yield traded at minus 0.03 per cent on Monday, after climbing last week to its highest level since May 2019, as a global drop in government debt prices spread to the most important reference point in European markets. Midway through last month, the gauge stood as low as minus 0.4 per cent.

The rapid pick-up in yields, led by the US, reflects growing confidence among investors that the Omicron variant will fail to derail the global economic recovery, potentially enabling central banks to dial back purchases and bump up interest rates.

“European Central Bank demand has been so important to the negative-yield story,” said Mike Riddell, a portfolio manager at Allianz Global Investors. “It makes sense that a reduction in purchases would lead to a rise.”

FT AlphavilleClaire Jones
Is the ECB really that much of an outlier? 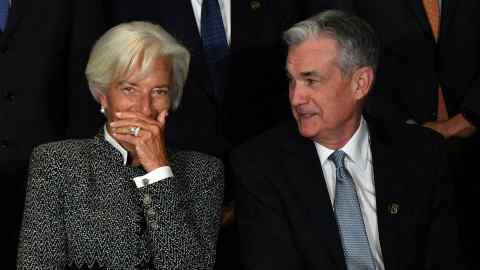 Taking the lead from Bunds, Italy’s 10-year bond yield also rose to an 18-month high of 1.34 per cent on Monday, following last week’s data showing eurozone inflation hit a new record of 5 per cent in December.

Germany’s 10-year yields first cracked below zero in 2016 after the ECB cut interest rates to under 0 per cent to tackle its last big challenge: the Greek debt crisis. The once unthinkable shift in yields in to negative territory meant that investors were effectively willing to pay Berlin for the privilege of lending the country money, even for a decade.

Yields later picked up somewhat, but renewed ECB stimulus in the face of an economic slowdown crammed them back below zero in 2019. The outbreak of Covid meant they stayed there.

At its December meeting, the ECB announced it would continue its asset purchases after its emergency bond-buying programme runs out in March, but at a slower rate than investors had expected. That, in combination with signs that the US is edging towards tighter policy, has pushed this reference rate back up towards the threshold.

Some economists worry that Germany could be dragged in to a recession — two consecutive quarters of negative growth — due to restrictions imposed to contain the spread of Omicron.

Yet most believe this will delay but not end the rebound in Europe’s largest economy and still expect Germany to produce strong growth this year, supported by high levels of public spending under the new government before stricter fiscal rules snap back next year.

Sven Jari Stehn, chief European economist at Goldman Sachs, said this upbeat outlook meant he expected German 10-year bond yields to reach 0.3 per cent by the end of this year.

“The joint increase in European bond yields and equity prices since the global monetary policy shifts in mid-December suggests that the rise in Bund yields is primarily due to improving growth sentiment,” he said.

Germany suspended its limit on budget deficits in response to the pandemic, but its historic aversion to loose fiscal policy has kept Bunds in short supply in recent years while the ECB has snapped up an ever larger share of the market.

But the creation of the EU’s €800bn recovery fund — with backing from Berlin — raises the prospect of Brussels’ own debt becoming a benchmark asset to rival Bunds. Meanwhile, incoming chancellor Olaf Scholz has signalled a greater openness to borrowing than his predecessor Angela Merkel — albeit within the constraints of a constitutional limit on budget deficits. 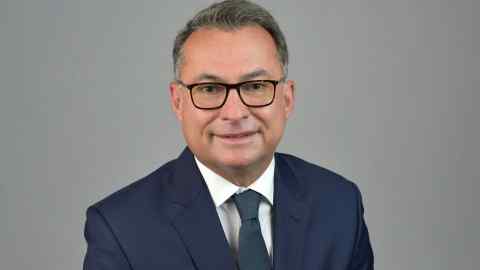 Some investors think these shifts could help to alleviate the shortage of German debt relative to that of freer-spending governments such as Italy’s.

“You had the [EU] recovery package, then a change of government in Germany,” said Ludovic Colin, a bond portfolio manager at Vontobel Asset Management. “They haven’t become Italy overnight, but they maybe became a tiny bit more Italian.

“If fiscal policy is now going to help create growth and potentially inflation, the long-term need for the ECB to keep rates at [minus 0.5 per cent] could disappear,” he added,

Still, some analysts are sceptical about a sudden sea change for German yields. Camille de Courcel, head of strategy for G10 rates Europe at BNP Paribas, said ECB purchases would still exceed Germany’s €54bn of expected net bond issuance by €17bn this year, even if they are €88bn lower than last year. “We expect the sell-off to continue in to the end of the year, albeit in a limited fashion,” she said.

Markets are now pricing in an interest rate rise from the ECB this year, an unlikely prospect given the squeeze on living standards caused by high inflation, according to Rabobank strategist Richard McGuire.

“It’s going to be tough for German yields to escape the gravitational pull of negative territory,” he said. “We have clients telling us that if they hit zero it’s time to buy. A positive risk-free rate in the eurozone would be a big change, but I find it hard to believe this is a regime shift.”