French neobanks try to keep it simple as they grow quickly

The ability of executives to manage change and tech complexity will be crucial in determining the winners in the French “neobank” market as new entrants pile in.

There were about 30 such rivals to traditional banks at the end of 2019, according to KPMG, spanning those with and without banking licenses. Several others joined the fray last year, including Vybe, aimed at teenagers, and Dutch group Finom, targeted at entrepreneurs and freelancers.

As these neobanks go from start-ups to more mature businesses, with a broader customer base and greater regulatory scrutiny, they will need greater technological complexity, says Kapil Chandra, senior partner at McKinsey, the management consultancy. Managing that complexity without losing the simplicity and the intuitiveness of the offering will be crucial.

Chief financial officers at digital banks are uniquely placed to ensure success in this, by deciding the allocation of investment resources, building a top-performing finance function and analysing a range of data to generate new insights, he says. 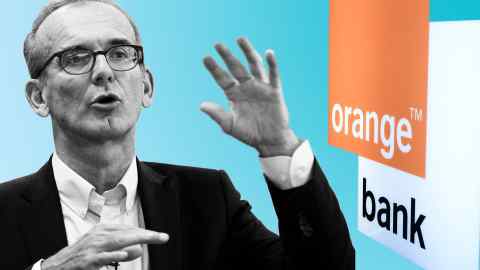 “They often really think about the whole customer journey from a digital perspective. They’ve grown up with a set of real advantages compared to many of the incumbent banks. To continue to build on that, I would say one dimension is really around product and customer complexity,” says Mr Chandra.

The French market is split across three models: traditional banks, such as BNP Paribas and Crédit Agricole; first-generation digital banks, such as Boursorama, Fortuneo and ING Direct, which were the first to move banking completely online in the 1990s and 2000s; and neobanks, the new generation of cutting-edge digital banking services providers, including Ma French Bank, Orange Bank and N26.

The first generation of digital banks — such as Boursorama, set up in 2006 — faced little online competition for many years. But since 2017 more and more neobanks with slick apps, innovative offerings and targeting specific audiences are looking to take market share. To compete, older digital banks, not to mention traditional lenders, will need to sharpen their offering and plug the gaps in their user experience.

Neobanks also face hurdles of their own. While they typically offer a better user experience, they will need to learn to accommodate more complex products if they are to grow their customer bases and become profitable, say industry experts.

The French market ‘is hard, and it is very difficult to build a comprehensive offer to generate loyalty’

With a wide variety of challenger banks, competition in France “is hard, with a lot of new players, and it is very difficult to build a comprehensive offer to generate loyalty”, says Benoît Grisoni, chief executive of Boursorama, the largest digital-only bank in France in terms of number of customers.

Boursorama, owned by banking group Société Générale, is a “bit of a strange animal” as Mr Grisoni puts it. On the one hand, it offers a wide range of services, from savings to mortgages, making it similar to a traditional bank, if less complex. On the other hand, it is digital-only, facing the likes of Revolut, a five-year-old UK fintech that has expanded into 30 countries. So for Mr Grisoni, everyone is a threat.

Boursorama aims to increase its 2.5m clients to 4.5m by 2025, as well as to become profitable. While Mr Grisoni admits there are some shortcomings, he is confident that it can continue to lead the market despite the growing number of competitors. “We know we have complaints, and we know we have room for improvement. I’m not a dreamer and I know I will always have some unsatisfied clients but we are far from being at the end of the journey,” he says.

According to D-Rating, a consultancy that conducts an annual rating of banks’ digital propositions across Europe, neobanks such as Revolut and N26 still lead when it comes to the customer experience.

Opening an account, for example, takes less than one day on average for N26, while it takes 6.5 days for Hello Bank and 9.3 days for Boursorama, says Didier Farjon, chief executive of D-Rating. He believes the greater efficiency is down to better systems and the mindset of the founders.

Another advantage lies in how some neobanks have had a cross-border model from the outset. Groups such as N26 and Revolut have built a unified banking model that can work across different countries, according to Mr Farjon. But others have struggled — Orange Bank, a French neobank, has two different systems in France and Spain.

“Several multinational banking groups have tried several times to set up a unified core banking model to run [in] several countries with drastic cost reductions,” he says. “But they never succeeded in creating a unique system to manage different countries with already developed businesses.”

While this has helped the likes of N26 and Revolut to grow internationally, the question is whether they can maintain the same model when they expand beyond the limited banking services they currently offer. Overall, several first-generation online banks, such as Boursorama, are scoring higher than top neobanks in terms of richness of features, according to D-Rating.

For McKinsey’s Mr Chandra, managing transitions such as this is vital: “I think CFOs will play a really important role in that, which will mean more investment in technology and core systems,” he says. 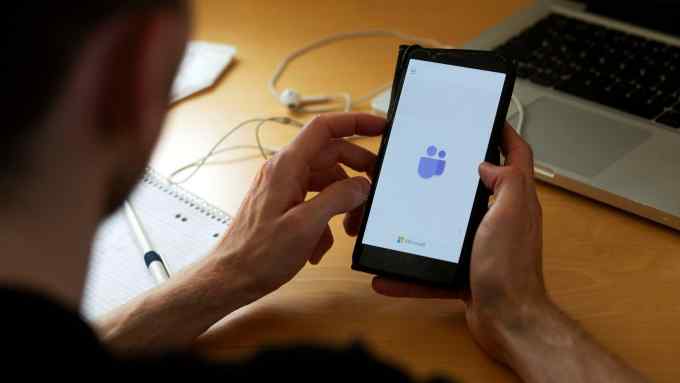