Intensive arable farming has created a “gangsters’ paradise” among the innumerable microbes that populate the soil and help crops extract as much nutrition as possible through their roots.

That analogy comes from Andy Neal, a soil microbiologist at Rothamsted Research in the UK, who uses it to describe the results of a long-term experiment comparing the effects of different cropping practices over 60 years.

This experiment, at Highfield Ley, Hertfordshire, has found that converting grassland to arable farming disturbs microbial communities, which lose established species and gain newcomers that are less beneficial. “There is increased randomness in the community assembly and the communities are less resistant to the establishment of pathogens as a result,” Neal says. “It’s the microbial equivalent of a gangsters’ paradise.”

There are three great microbial groups — fungi, bacteria and the less well known archaea — that dominate the ecology of soils worldwide. Their relative abundance and behaviour affect not only soil structure but also the way plants obtain essential elements such as nitrogen and phosphorus.

So a better understanding of these processes could enable farmers to reduce their usage of synthetic fertilisers, which produce significant amounts of greenhouse gas and can cause water pollution.

However, researchers have found that mycorrhizal fungi, which grow in association with plant roots, are particularly vulnerable to intensive farming practices. Giles Oldroyd, professor of crop science at the University of Cambridge, urges farmers to appreciate the “breadth and density of the fungal ‘cobweb’ into which plants plug their roots in healthy soil.”

“Applying a lot of inorganic fertiliser is bad for these fungi,” says Oldroyd, who directs the Crop Science Centre in Cambridge. “We are looking at ways in which we can bring fungal networks — where plants form associations with beneficial fungi that invade the plant roots and deliver nitrogen and phosphorus — into our farming systems, providing a route for soil preservation and reducing the need for fertilisers.”

Another experiment studying the long-term effects of different cropping systems has been running for 20 years in Canada, at Woodslee, Ontario. Scientists from Agriculture and Agri-Food Canada, a government department, are assessing biological activity in the soil by measuring enzymes involved in carbon, nitrogen, phosphorus and sulphur (CNPS) nutrient cycles, as well as looking directly for different microbes.

Like the Highfield Ley researchers, the Canadians found the healthiest soils under perennial grasses, with diverse microbial communities and good biological activity. Fields growing a legume called birdsfoot trefoil were healthy, too, but — perhaps surprisingly — crops of soybeans were worse for the soil than corn.

“Many people assume that, because soybean is a legume and legumes provide their own nitrogen through nitrogen fixation, soybean must be healthy for the soil,” says Lori Phillips, one of the scientists running the experiment. The problem, she says, is that the beans “have tiny roots which decompose very quickly, leaving very little usable nitrogen in the soil.”

Legumes do not extract nitrogen directly from the air. Instead, they use symbiotic bacteria on their roots, which convert nitrogen into nitrates that can be taken up by the plant roots. Since the dawn of crop genetic engineering research in the 1980s, scientists have talked about transferring this nitrogen-fixing ability from bacteria to cereals and other crops — which would then require far less fertiliser to yield well. But the process turns out to be more complex than they originally hoped.

“The first generation of GM crops had just one gene transferred to make them herbicide tolerant or insect resistant,” says Oldroyd. “For nitrogen fixing, a large number of genes are involved but I think we will achieve it within my career — and I have about 20 years of working life left.”

Meanwhile, says Phillips, “it is more feasible to work with the plant and its microbiome than to change the plant itself.” 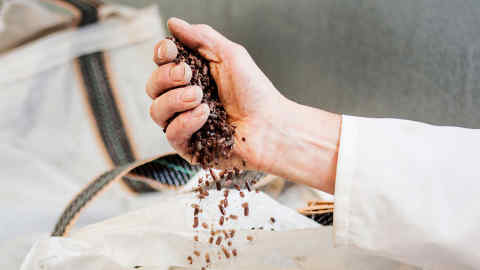 Farming practices can improve the health of the soil microbiome — for example, applying carbon-rich animal manures and vegetable mulches rather than inorganic fertilisers, and disturbing the soil as little as possible by drilling seeds directly into the ground, while avoiding ploughing and tilling.

Another method is to apply beneficial bacteria directly to seeds before planting them. Pivot Bio, a Californian start-up company, has raised more than $600m to commercialise a new generation of nitrogen-fixing microbes, which are applied to maize or wheat, reducing the need for synthetic fertilisers.

“I find it extremely frustrating that the debate on food production has become polarised between technology versus organic,” Oldroyd says. “I believe that a farming system that can deliver for the population and the planet will combine the best of all worlds: sustainable agronomy integrated with the technologies we need to achieve productivity.”

The umpteen trillion microbes that help to sustain the world’s crops will play a key role in making that farming system as productive as possible, while minimising its greenhouse gas emissions and broader environmental impact. 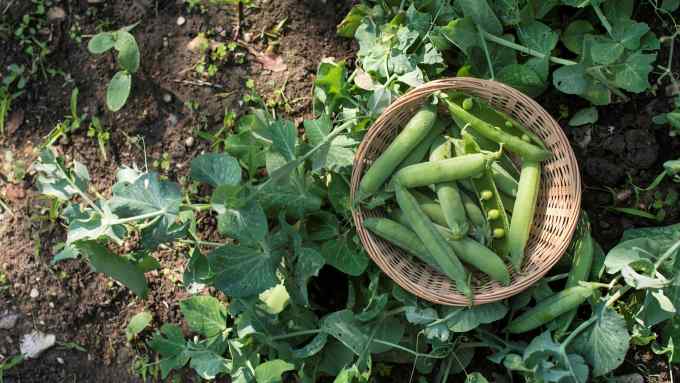