How I topped Duolingo’s Danish charts

‘The more you speak, think, dream in another tongue, the more you can morph into someone else’

Many of my friends have overcome their lockdown ennui through extreme exercise, sharing Strava statistics and posting 10K times. My lockdown hobby has also generated impressive numbers, but I have been too embarrassed to tell anyone. Until now.

By the end of 2020, after seven months of studying, I was ranked in the top 2 per cent of the language learning app Duolingo’s 40 million active users worldwide after spending nearly 60 hours learning more than 5,300 words.

All that effort went into learning Danish, a language spoken in a country with fewer than six million people, very many of whom speak faultless, accent-free English.

I even completed three terms of virtual evening classes. After a long online working day, I’d head into another Zoom with a handful of fellow students and ever-patient teacher Dorthe, to learn the things that you can’t get from tapping an app. Do we say that “a” with mouth closed, or meget open? And how did the word bagtungevokaler (“behind the tongue vowels”) come into my life?

Why (hvorfor) did this crazy odyssey start? More constructively, what (hvad) wider lessons can be drawn from the experience of jumping into a language to which one has no family, work or romantic connection?

The “why” is easy. It came amid the discombobulation of the early pandemic, when in addition to being in lockdown our family was living in a rented flat because of my decision to build an extension on to our house. I was already responsible for that disruption.

The directness of Danish suited my state of mind . . . Perhaps that uncluttered world would magically sort out my messy life

Then Covid-19 came, the builders stopped work and costs and delays spiralled, along with my own anxiety and guilt.

Watching Danish TV series alone and late into the night offered a temporary escape. Words tumbled out of the actors’ mouths in a waterfall of impenetrable sounds. The urgency and directness of Danish suited my state of mind. I wanted to unpick it, understand it and see into the culture behind the tasteful interiors we see on TV. Perhaps that no-BS, uncluttered world would magically sort out my messy life. I downloaded Duolingo and got started.

The most important thing I’ve learnt (or relearnt) in the 15 months since then is how transformative this process is: the more you speak, think, dream in another tongue, the more you can morph into someone else. And your new persona will be a surprise. In Spanish, which I once spoke with fluency, my voice is deeper and I’m more assertive. In French, less attractively, my vibe is “old Parisian drunk”, according to a bilingual friend.

My nascent Danish self is already freer and less considered than the English one. Stakes are low. If I fail, so be it. That’s a sort of liberation in itself.

And the evening classes have been a portal to a land beyond the island where I am physically stuck. We listen to friends visiting each others’ stylish apartments in Copenhagen and lovely country cabins, naming all the things inside and out, flowers (blomster), toothpaste (tandpasta) and the kitchen (kokkenet). Building a vocabulary combines two of my favourite things: list making and curiosity. Consider this: skat (pronounced “sket”) — as in “hej skat”, the first phrase many of us learn from Danish TV — means “darling” or “treasure”, but also “tax”.

There have been moments of despair. A clock showing “2.30” must be read out as “half three” in Danish. This is a “half to” concept of time, looking ahead rather than our backwards-facing “half past”. I know it, but I can’t conceptualise it at speed. When we do an exercise about time in class, decades collapse and I am back in school, panicking. It’s an IRL anxiety dream.

Once I’d scratched the surface of the language, I moved on to reading round Denmark’s history and culture. It once had, then lost, a vast empire and has been rebuilding its sense of selfhood ever since, which sounds familiar. Modern concepts of Danishness rest on cohesion around its generous welfare provision. But the country now has one of the harshest attitudes in Europe towards refugees.

As Knud JV Jespersen writes at the end of A History of Denmark: “Will the consensus-based Danishness come to an end in the sands of time, to be replaced by a new, more confrontational identity?”

I loved the escapism and relief of being someone and somewhere else, but now the abstract freedoms of language learning are quickly being eclipsed by seeing friends and colleagues and living my English life.

Do I regret my crazy lockdown hobby? Not one bit. I’ve nearly finished the whole Duolingo Danish course. One day, I’ll take a winter trip to the country’s coast and join the locals in their swimming clubs (Danes love joining clubs). And when we sit in the sauna after a freezing, life-enhancing dip, I’ll surprise them with my conversational opener: “Hvordan gar det?”

Isabel Berwick is the FT’s work and careers editor; isabel.berwick@ft.com. Simon Kuper is away 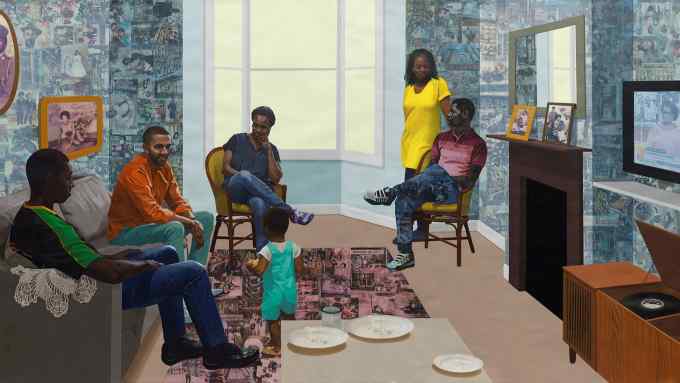