European fund investors have been the poorer cousins of their US counterparts for years, paying higher fees and finding it harder to access low-cost, passively managed products.

Broad-based, traditional ETFs are widely considered to be good building blocks for retail investors’ portfolios, removing much of the opacity and high charges frequently associated with other fund investments.

Moreover, their broad adoption could also spur wider change across the investment landscape.

“We believe that vibrant ETF markets put fee pressure on open-end products. As inherently ‘clean’ share classes that exclude initial charges and ongoing commissions, ETFs are particularly well-suited for use in unbundled advice programmes, which we maintain are an industry best practice,” Morningstar said in its recently released Global Investor Experience report. “Bundled” advice is rolled into the price of the investment rather than paid for separately.

At first glance, the report suggests that not much has changed since its previous publication in 2019. The Netherlands is still the only European country jostling with the US and Canada in the researchers’ top ranking for investor-friendly charging regimes.

But while Morningstar states that ETF adoption is a crucial indicator of healthy markets, it does not use that data to compile the rankings in its report. A more granular look at developments in ETF markets reveals things might finally be on the move.

“Europe is moving at an incredible pace,” said Salim Ramji, global head of ETFs and index investments at BlackRock. “It is our fastest growing region in the world.”

Its most vibrant market is Germany, which has seen exponential growth due to the surge in uptake of ETF savings plans, often accessed via online platforms or apps. Data from extraETF shows the number of German ETF savings plans jumped from 500,000 in June 2017 to nearly 5mn at the end of March. BlackRock expects that number to reach 20mn by 2026.

“We identified Germany as being the largest ETF market [in Europe] with over $400bn of ETF assets. The current excitement with Germany is due to the level of retail adoption there which is growing rapidly. This is being driven by the individual savings plans,” said Michael O’Riordan, founding partner of Blackwater.

The UK was the second-largest market in Europe with more than $350bn of ETF assets, Blackwater found, followed by Italy, France and Switzerland which together accounted for $510bn, one-third of the European total.

However O’Riordan said the level of retail participation in Europe remained “pitifully small”.

Traditional sales and distribution channels are partly to blame for the huge disparity in retail take-up between Europe and the US — where half of the ETF market is retail compared to just 10 per cent in Europe.

O’Riordan blamed this on a “protectionist mentality” in the mutual fund industry.

“There are too many vested interests at stake who have taken it upon themselves to prohibit the growth of ETFs, which of course pay out no retrocession fee,” he added, referring to the payments often made by fund providers to distributors who sell their wares.

Better Finance, an investor rights organisation, pointed to France, where most retail investors are funnelled into high-cost, unit-linked insurance savings products, as an example of how traditional distribution methods can work against investors.

A recent Better Finance communication found that even though insurance products were the most used retail savings product in France, they had, “on average, resulted in real [after inflation and fees] losses for savers over the last 20 years”.

Yet, even in France, Morningstar’s study saw the beginning of significant change in the market. It found that while ETFs only represent a minority of retail investors’ assets, the number of French retail investors who traded ETFs rose by 63 per cent from 2018 to 2020. It said the use of ETFs was being spurred by online platforms and nascent robo-advisers that offer ETF-based portfolios as well as the provision of life insurance wrappers with ETF options.

“Things are changing. The ETF as a clean fee product might not have been attractive for classic banks. However, investor demand is changing this,” said Sebastian Külps, head of B2B business development for Vanguard in Germany and Austria.

Organisations such as Better Finance think things are not changing fast enough, though. Its recent report, published in February, called on regulators to ban retrocession fees across Europe. At the moment they are only banned in the UK and Netherlands.

Vanguard has been another voice campaigning for change, publishing a European Manifesto in 2020 calling for potential conflicts of interest that can arise from commission-based sales models to be eliminated.

“Where consumers’ money is invested, it should not be influenced by the existence of payments to intermediaries by product providers. However, in large parts of the EU, this risk still exists,” said Külps.

However, Külps said he was encouraged that investors were increasingly understanding the impact of costs on returns, a view echoed at BlackRock.

“What we’re seeing all across the world is when digital platforms eliminate commission barriers on ETFs, millions of investors turn to ETFs often for the first time,” said Ramji. 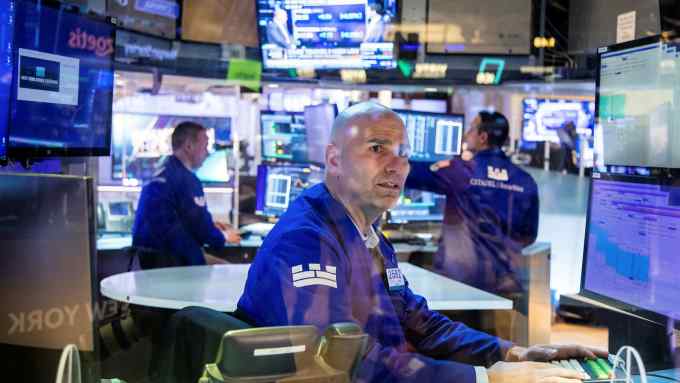