An exhilarating picture of resilience in BBC4 documentary Climbing Blind

We’ll send you a myFT Daily Digest email rounding up the latest Television news every morning.

A word of warning: half an hour into this saga of terrifying drops, wheeling seabirds and churning seas, you might start to feel queasy. “Steady here — we’re near the edge,” says Molly Thompson casually to her husband as they stand on a clifftop. Due to an unfortunate genetic mutation, Jesse Dufton’s retinas began to degrade from a young age. Now he can vaguely see his own hand, but wouldn’t be able to differentiate his fingers. But that hasn’t stopped him climbing, with the intrepid Molly as his eyes.

Alastair Lee’s exhilarating film charts the pair’s record-breaking ascent of the Old Man of Hoy, a sandstone sea stack in the Orkneys. First, some terminology. Jesse will not just climb the Old Man, he will “lead” — in other words, go first, putting all the tackle in place for a safe climb by the “seconder”, Molly. For a blind climber to lead is truly exceptional. Molly’s part is critical, calling up to Jesse where to position hands and feet but there is one section where Molly will lose sight of him. The fact that part of the climb is known as “the coffin” is hardly reassuring.

A line up of lithe, lean hardnuts assemble to express their awe at Jesse’s achievements. Simple things they take for granted are impossible for him, such as planning his route by scanning the cliff-face beforehand. He also has to memorise by feel the size of the different clamps or “cams”, and keep them in a set order on his belt. Two experts try climbing wearing blindfolds. One finds bouldering challenging enough. Even seconding is a terrifying ordeal. One whips off his blindfold to find himself back in his (still vertiginous) comfort zone. Well, if you really need more excitement in your life . . .

Perhaps the clue to Jesse’s extraordinary resilience lies in his childhood. “We thought all kids couldn’t see at night,” his mother laughs. Photographs show their partially-sighted son happily canoeing, riding and playing rugby (his teammates told him which way to run). Jesse even thinks his disability (not that he’s inclined to see it as such) has made him a better climber. Blindness is not, however, an advantage when it comes to the drop. “You know where you are,” he says tersely.

Even the initial trek to the foot of the stack is fraught with peril, what one adventurer, Leo Houlding, calls “walking with consequences”. It takes Jesse and Molly an hour and a quarter to make the 15-minute descent. Then the real trial begins. If you need to have a stern word with yourself of the “What do you have to complain about? Stop moaning” variety, watch this film.

Follow @FTLifeArts on Twitter to find out about our latest stories first. Listen to our podcast, Culture Call, where FT editors and special guests discuss life and art in the time of coronavirus. Subscribe on Apple, Spotify, or wherever you listen.

Get alerts on Television when a new story is published

Explore the series
READ MOREThe best of TV and streaming this week
Comedian’s struggle told in BBC2’s What’s the Matter with Tony Slattery? 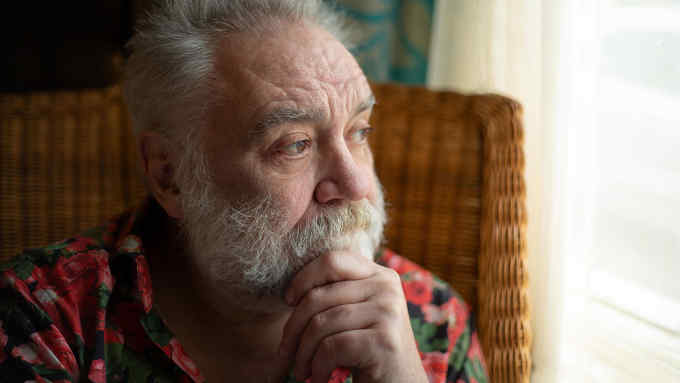 Our pick of the best television shows