Amazon teams with Marriott to put Alexa in hotels

Alexa is checking in to your hotel room. Amazon’s digital assistant is elbowing ahead of Apple’s Siri in the race to bring voice-powered devices to hotel chains.

The Seattle-based technology company is partnering with Marriott International, the world’s largest hotel operator, to launch Alexa for Hospitality, a suite of features that allow guests to order room service, request housekeeping, book spa treatments, play music and adjust the lighting and temperature in their rooms, all by talking to an Alexa-powered speaker.

For Amazon, partnerships with hospitality groups present an opportunity to expand beyond Alexa’s stronghold in the home into enterprise services, while further entrenching it as the default voice platform in consumers’ minds.

Marriott has been testing devices from Amazon and Apple as it looks to add voice controls to hotel rooms around the world, the hotel company told Bloomberg last year. In 2016, its Aloft chain announced voice-controlled rooms at two hotels using iPads and Siri.

Now the hotelier will put Alexa devices with the new features in certain Marriott, Westin, St Regis, Aloft and Autograph Collection properties in the US. The service will also be used by holiday rental provider RedAwning and boutique hotel operator Two Roads Hospitality.

“In this case, we recognised that voice-first experiences have become an increasingly important channel for our guests, and we think Amazon is leading the market in this technology,” said Tracey Schroeder, Marriott’s vice-president of global consumer public relations. The partnership with Amazon is not exclusive, she added.

“This was not a direct comparison with Siri. We work with a number of partners in order to test emerging technology so we can learn and leverage what we believe will enhance the guest experience,” she said.

Amazon has snapped up two-thirds of the consumer smart speaker market, according to eMarketer. Alexa-enabled devices such as the Echo and Dot speakers have proved popular in living rooms and kitchens, where people use them to listen to music, help them cook and control their internet-connected appliances, lights and door locks. 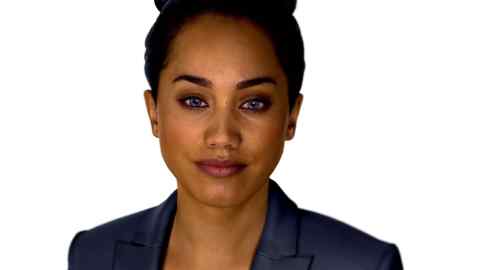 Market researchers say Alphabet’s voice-enabled Google Home speaker has caught up with Amazon’s Echo in recent months, but Apple’s HomePod speaker is seen as making a slow start, given its higher price and Siri’s limitations.

Amazon has also been working with Wynn Resorts, the casino and hotel operator, to customise Echo devices for their properties. The companies announced 18 months ago that Amazon would equip more than 4,000 rooms at the Wynn Las Vegas with the Echo, and high rollers can now use separate devices in the living room and the master bedroom of the casino’s suites.

Wynn provides guests with instruction cards, advising those not familiar with the Echo how to instruct Alexa to adjust the thermostat, close the curtains of their room, dim the lights, change the television channel, play some Frank Sinatra or just let them know what the weather will be when they step outside.

As Amazon seeks to make its voice software ubiquitous, it is also setting its sights on cars, working with Toyota, Ford and other carmakers, and on offices, where its Alexa for Business service can set up conference calls and manage calendars.