Light after the lockdown — the future of travel

Even before the lockdown, the travel industry was reeling from a year in which setbacks were heaped on challenges — so much so that it was already starting to look like the end of an era.

First came a rush of awareness about the urgency of climate change (almost overnight, being a travel writer went from one of the most dinner-party-braggable professions to something morally dubious). Then numerous cities staged protests against overtourism; Thomas Cook collapsed; Venice flooded and the Australian bush burnt. And then came the virus. What Extinction Rebellion campaigner could have dreamt that six months after their protests in London, they would look up above the capital to see blue skies unsullied by a single vapour trail?

And now, a pause for thought. We are stuck at home, fantasising about the joys and freedoms of travel. Out there, economies that depend on visitors are withering. The safari parks are empty, the animals left in peril of poachers. The Nepalese tea houses are quiet, the guides on the Inca Trail have no one to lead.

Ironically, the sudden absence of tourists has made the travel industry — an employer of 330m and a sector that directly redistributes wealth like no other — more visible than ever.

The downsides of mass travel may have come alarmingly into focus over the past 12 months, but calls for a total shutdown — and the vilification of carbon-profligate holidaymakers — was always too extreme, and too simplistic, a response.

Perhaps the current crisis might nudge us towards a middle way — a more responsible, thoughtful way of travelling that minimises carbon emissions, manages overtourism and maximises the contribution to local economies.

“We’re not going to swing the doors open and go back to what was happening before,” says Tony Wheeler, co-founder of Lonely Planet, the travel publisher. “I don’t think that ‘where shall we go in Europe for the weekend?’ approach is going to come back in the same casual manner.”

Flying is almost certainly going to be more difficult, unpleasant and expensive. A smaller number of carriers will operate reduced timetables — possibly with social-distancing measures, such as leaving middle seats empty, which would significantly increase costs.

Emirates has already introduced pre-boarding blood tests; AirAsia recently unveiled new cabin-crew uniforms consisting of masks, visors and protective suits. Crowded departure lounges will seem even less attractive than before. So non-flying trips will surely boom, domestically or to nearby countries accessible by car or boat, leaving holidays by air to become more of a special event: rarer, longer and more considered.

How will Covid-19 change our world?

In a series of pieces, FT editors look at how the coronavirus crisis will transform the creative industries

As anxieties about infection persist, the draw of the big, crowded honeypots (St Peter’s Square, say, or the alleyways of Dubrovnik) may begin to fade. Instead, visitors might prefer to spread out into lesser-visited parts — a long-held, if little-realised strategy for dealing with overtourism.

“The big question post-Covid will not be about how the travel industry tries to restore normality, but how society’s behaviour will have changed,” says Peter Hughes, founding editor of the British travel show Wish You Were Here . . .? and one of the architects of the Tourism for Tomorrow awards. Discussion of climate change may be on hold, he argues, but the issue will make a ferocious return, perhaps with an increased awareness that sudden, radical behavioural change is possible.

“The post-pandemic travel industry can only be viewed in the context of climate change. I suspect it will find a clientele much more prepared to abandon old habits — flying for example, and joining crowds — and readier to adopt new ones to protect all-too-fragile life.”

The industry’s supply chains could be shortened, too. At present, a typical adventure holiday, for example, might be booked with a travel agent who takes a commission and then passes the booking on to a specialist tour operator, who passes it to a destination management company, which then subcontracts to an actual guide. A third of the cost of the holiday or more might never leave the traveller’s home country.

Much of the sales pitch for this traditional model is that it provides security, but the pandemic has blown a hole in those assurances. While some operators are playing it scrupulously by the book, many are refusing to give refunds, offering only credit notes that may be convertible to cash at a later date. The reason is understandable — the money has already disappeared down the supply chain — but the effect on public trust could be long-lasting.

The alternative is the new generation of online platforms that connect the traveller direct with an operator in the destination. Companies such as Much Better Adventures and TravelLocal were already growing strongly as awareness of responsible travel spread, and thanks to a more general digital drift, but the trend could now be accelerated.

“People are thinking, if I am going to travel somewhere, I should really make it count — meeting local people, learning something, travelling in a meaningful way and helping the local economy as much as possible,” says Huw Owen, co-founder of TravelLocal.

Already, younger travellers, brought up in the world of online connections, have proved more willing to book direct, while older travellers have continued to support the conventional model. Sadly, that baby-boom generation, who invented backpacking in their youth and have spent their retirement exploring, are likely to be locked down the longest. Meanwhile, younger travellers — raised with a more acute awareness of environmental threats and the need for responsible travel — might find themselves the newly dominant pioneers in a rebooted industry.

Getting away — mentally — in lockdown

Wish I were there

From skiing in the high Andes to free-diving beneath a frozen Finnish lake, here are some favourites for armchair escapism 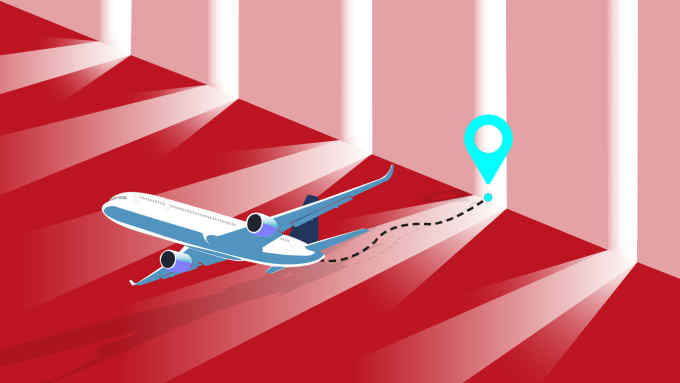