Amid rethinking strategy, staff and clients, the death of George Floyd puts focus on diversity. Plus: top 20 law firms in Asia-Pacific region

On the day that the World Health Organization declared Covid-19 a pandemic, Justin D’Agostino took a big step in the transition to his new role as chief executive of Herbert Smith Freehills, the global law firm.

“I was literally given the keys to go and run the firm and deal with the crisis. All my grand ‘first 100 days’ plans were immediately out the window,” he says.

Overnight, most of the firm’s 6,000 employees switched from being office-based to working from home.

Mr D’Agostino quickly set out three principles to steer the firm. The first was connecting with colleagues; the second was to ensure strict financial discipline; and the third was to make relationships with clients less transactional. This approach has helped HSF navigate the crisis.

“People have never been so connected. They want to go the extra mile and there has been loads of discretionary effort,” says Mr D’Agostino. There is a fresh emphasis on financial discipline. This is a development Mr D’Agostino had already wanted to pursue in his first year but which was given an impetus of its own by the pandemic. “When a crisis erupts, it is all about financial resilience,” he says. On the client front, conversations have moved from being about the next job to fuller, stronger relationships with empathy at their core.

It is a high-performance culture, but it seems to be falsely equated with a 24/7 presence

Mr D’Agostino’s back-to-basics approach is mirrored by many other law firms in the Asia-Pacific region.

Gavin MacLaren, chief executive of Corrs Chambers Westgarth, notes a new esprit de corps and “a sense of pride in the way the firm rallied to respond to the situation”.

For Annette Kimmitt, chief executive and managing partner of MinterEllison, the crisis has shown that her firm is highly agile. It has also changed how it works with clients. The digital delivery of services is now faster and client relationships have deepened. “‘Client experience’ has taken on a whole new meaning,” she says. 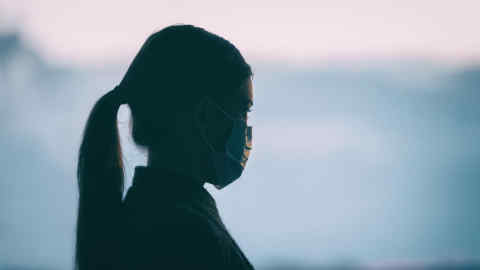 Because the virus first appeared in China, the Asia-Pacific law firms were the first to deal with the effects of the pandemic and will probably be the first to emerge on the other side.

However, it is not business as usual. Anecdotally, firms are reporting that office occupancy is 50 per cent or less and the expectation is that, in the long term, people will still want to work flexibly and from home.

Companies also report that they have been surprised by the greater productivity of the past few months, which makes it more likely that law firms will properly embrace flexible and remote working. Presenteeism, which has bedevilled the legal world for decades, may finally be over. “I wouldn’t jump to the conclusion that the office is dead,” says Mr D’Agostino. “But we will think differently about how we use offices and the purpose of them.”

Vicki Liu, managing partner of Allen & Overy’s Hong Kong office, points out that the office space of international law firms has a special role in Asia. “Often with an expatriate community, the workplace is an important part of the social fabric,” she says. “We are keen to maintain that as an employer.”

With property such a high cost for most large commercial law firms — it is often the second-biggest expense after salaries — the prospect of cutting office space by half is likely to be attractive. Law firm leaders are, however, also aware of the risks to wellbeing involved in having most people working from home.

One challenge is the lack of a divide between work and home, says Ms Liu.

The health crisis has forced legal sector employers to be sharper about how they look after employees. “Going through Covid has changed our minds as employers,” says Ms Liu. “We are looking more closely at our working practices and how our working environment has to change.”

The focus now is on efficiency and trying not to push people so hard that they give up on their career The legal sector burns people out, says Ms Liu. “It is a high-performance culture, but it seems to be falsely equated with a 24/7 presence.”

Another effect of Covid-19 will be on business travel. Lawyers were a significant presence in airline lounges but they will not be back on planes soon. “Virtual meetings will be the default position,” says Mr D’Agostino.

Diversity is about getting invited to the disco, inclusion is about someone asking you to dance

Perhaps the most important change in the post-Covid world will be nothing to do with the pandemic. The killing of George Floyd in the US in May and the rise of the Black Lives Matter movement has had a huge effect of its own.

At HSF, the focus has been pulled on to the firm’s diversity and inclusion agenda, says Mr D’Agostino. “It is a massive imperative in Asia. You have to be proactive to ensure you are ethnically diverse,” he says.

However, diversity is only half the battle: much of Mr D’Agostino’s efforts are directed at inclusion. As he says: “Diversity is about getting invited to the disco, inclusion is about someone asking you to dance.”

He is conducting one-to-one conversations with all his staff who come from an ethnic minority background to gain a better understanding of the challenges and context.

As a white, gay man with an Asian husband, Mr D’Agostino is no stranger to the challenge of diversity in the legal profession. Even so, his perspective has changed.

“What my conversations have taught me is what white privilege actually means,” he says.

The total score for each law firm is the sum of the scores for the entries ranked in all categories of the FT Innovative Lawyers: Asia Pacific report for 2020, plus scores for each firm’s use of technology and data based on a separate information provided by the firm

Methodology: how report tables were compiled

FT Innovative Lawyers Asia Pacific 2020 is a rankings report and awards for Asia Pacific-based lawyers. Rankings for various categories appear in the other stories for this report.

Shortlists for the awards comprise the top-scoring submissions in each ranking.

The Financial Times and its research partner, RSG Consulting, have devised a unique methodology to rank lawyers on innovation. Law firms, in-house legal teams and other legal service providers were invited to make submissions.

For the FT Innovative Lawyers report for Asia Pacific 2020, we received 450 submissions and nominations from 85 law firms, legal service providers and other organisations and 75 in-house legal teams.

Research was conducted by RSG researchers between February and June 2020. Interviews were conducted and questionnaires reviewed with clients, senior lawyers, executives and experts to arrive at the final rankings.

Each entry is scored out of 10 for originality, leadership and impact for a maximum score of 30. They are then benchmarked against each other to arrive at the final rankings.

Most innovative law firms in Asia-Pacific 2020
The overall ranking is an aggregate of each law firm’s scores for the entries ranked in all categories of the report, plus scores for the firm’s use of technology and data based on separate information provided by the firm.

RSG Consulting
The research team has decades of experience analysing the legal profession. It has a record of devising ranking methodologies for professional services firms. 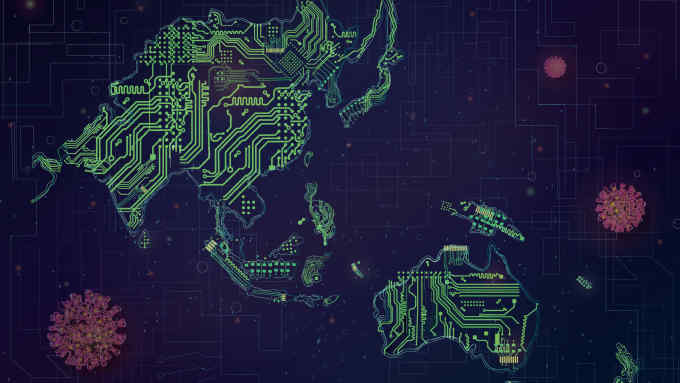