Investors in China equity exchange traded funds have needed nerves of steel in recent weeks. Spooked by the war in Ukraine, anxiety over regulatory crackdowns and Chinese Covid outbreaks, they were in no mood for more bad news.

So on March 10, when the US Securities and Exchange Commission named five Chinese companies listed in New York as the first of as many as 270 that face delisting if they do not supply audit documents, investors took fright.

The $6.5bn KraneShares CSI China Internet ETF (KWEB) lost around 10 per cent of its value on each of the following three days. Then on March 16, a speech by Chinese vice premier Liu He, promising to introduce “policies that are favourable to the market”, brought money flooding back and KWEB reacted by shooting up 40 per cent in one day.

Investors in the $760mn EMQQ The Emerging Markets Internet & Ecommerce ETF, which has a 51.6 per cent exposure to China, also experienced a bruising ride — at one point falling to just a third of the all-time high it hit in February last year.

“It might have been the darkest day in my professional life,” said Kevin Carter, founder and chief investment officer of EMQQ.

Like KWEB, EMQQ also enjoyed a bounce, gaining more than 24 per cent in one day after Liu’s speech.

But the gains each ETF made have not been enough to repair all the damage suffered over the past year and investors have also had to weather fears of an economic slowdown caused by harsh new Covid lockdowns across China, including in the huge cities of Shanghai and Shenzhen.

Carter insisted that the fundamental idea of investing in emerging market internet and ecommerce companies in the developing world including China remained unassailable. He said the aggregate revenue growth of the companies EMQQ invested in was 35 per cent in 2021 and thought it should be a robust 20 per cent for 2022.

The problem as Xiaolin Chen, head of international at KraneShares, pointed out, is that investors are not interested at the moment in the fundamentals of what is happening in China and have instead become fixated on the macro picture.

Analysts at JPMorgan are in agreement. In a report on China internet investing issued at the height of the mid-March China rout the analysts said the potential delisting of Chinese companies’ American depository receipts was a catalyst, rather than a root cause, of the decline in sentiment.

“We believe the SEC announcement has triggered investors to reassess China’s geopolitical risks, which has led to significant fund outflows from the internet sector as global investors rebalance their global capital allocation,” the analysts wrote.

Rather than “doubling down” and loading up on Chinese internet companies at cheaper valuations, JPMorgan said that while it believed that over the long term stock prices would be driven by fundamentals, “we recommend investors avoid China Internet on a 6-12 month view.”

Both KWEB and EMQQ are focused on tech and internet-related investments that have been particularly badly affected by China’s sweeping regulatory crackdown on the technology sector. In addition, all their Chinese holdings are in overseas-listed securities.

“The fallout from all of this has been worst for what I refer to as ‘offshore’ China — ADRs trading in the US and shares of Chinese companies listed in Hong Kong — because the mega-cap consumer tech companies that are in the crosshairs of China’s regulatory crackdown are mostly listed offshore, and Chinese ADRs face the additional threat of being delisted by US regulators,” said Phillip Wool, managing director of Rayliant Global Advisors, whose Rayliant Quantamental China Equity ETF (RAYC) invests only in onshore-listed China A-shares.

He said around $9.2bn had flowed out of Chinese stocks through the Stock Connect programme, which allows offshore investors to buy mainland shares, in the four weeks to March 28. That compared with an average net monthly inflow over the previous 12 months of $4.8bn.

The question for all offshore China investors is whether investors should simply avoid Chinese equity ETFs, at least in the short term.

Carter said that on a fundamental basis “the story hasn’t changed much at all”. Ecommerce and internet penetration in the developing world, he pointed out, is still much lower than in developed nations. Meanwhile in 2021, for the first time in EMQQ’s history, the number of non-Chinese companies surpassed the number of Chinese ones. “That trend will likely continue,” he said.

Wool cautioned that there were “value traps” — companies whose fundamentals are genuinely impaired by shifts in policy, or by macroeconomic and geopolitical challenges.

But he argued there were now bargains to be found especially in fast-growing companies in “boring” industries like industrials or materials and high-quality state-owned enterprises that stand to benefit from China’s push for “common prosperity”.

However, Brendan Ahern, chief investment officer at KraneShares, said that despite the early optimism following Liu’s speech, it looked as though an early resolution of the problems thrown up by the audit document requirement was unlikely.

“What got us here is what will get us out of here: regulatory policies,” said Chen. 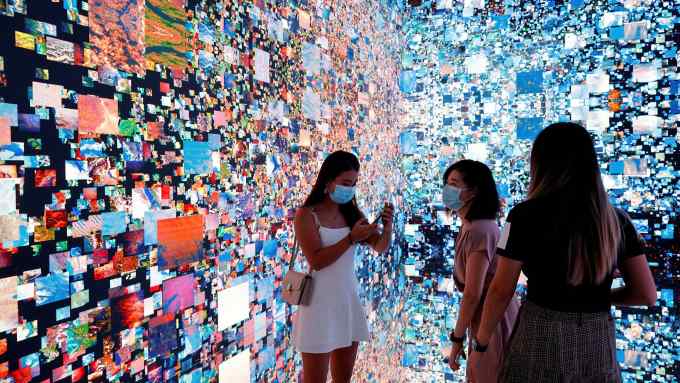