Green energy themed exchange traded funds in China have outperformed other thematic and broad-based ETF strategies in the first half of 2021, amid signs of a shift in the economy towards greener energy and more environmentally friendly consumer products.

ETFs investing in green energy have dominated the list of best-performing ETFs in China over the first six months of the year, with seven of the 10 ETFs being green energy themed products, Wind Info data show.

Penghua Fund Management’s Penghua CSI China Mainland Low Carbon Economy ETF, ranked third, recording a return of 42.5 per cent, and the Ping An CSI New Energy Car Industry ETF, followed with a 41.9 per cent return over the first six months of the year.

Chinese president Xi Jinping has laid out targets for domestic carbon emissions in China to hit their highest point before 2030 before the country gradually transitions to a carbon-neutral economy by 2060.

“Against the backdrop of China’s 2030-2060 carbon targets, the electric power transportation and manufacturing sectors have been put under the spotlight and become the first movers to reduce carbon emission,” Xu said.

Kangting Ye, Singapore-based Asia senior analyst and China research practice lead at Cerulli Associates, said the rise of the green energy sector was being driven by both increasing domestic supply and demand.

Among the 925 China-domiciled ETFs in the market, more than 60 per cent reported positive performance, with about one-third posting negative returns.

China has seen about 205 ETF launches this year, with 18 of them technology themed, 11 green energy themed and 10 Star-market themed, according to data from Wind.

In trying to reach its carbon neutrality target, Chinese authorities are likely to push for green energy and electric vehicles to encourage more fund flows into ESG-related ETFs.

Cerulli’s Kangting said she expected the green energy ETFs in China to continue to perform well.

Broadridge’s Ng also agreed that green energy ETF performance would probably continue to be strong due to the regulatory push.

However, she said it was important to distinguish between the genuinely top-performing companies that were confirmed to have adopted new clean and green innovative strategies, and those that were simply riding the green wave.

For instance, China just announced a plan to install more than 30 gigawatts of green energy storage capacity by 2025, as part of efforts to boost renewable power consumption. 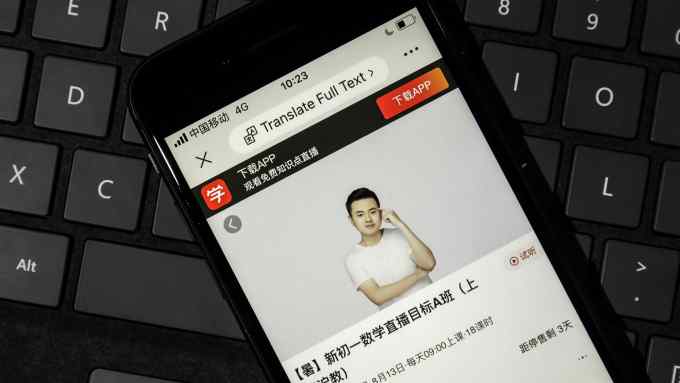