A biofeedback meditation headset  – and more

A meditation headset that follows your brainwaves
At a guess, one of the lasting legacies of coronavirus will be a surge in relaxation and meditation practices. Two years ago, I introduced the Muse meditation headband from a Toronto startup, which I loved, despite not being a particular exponent of meditation. Its brain activity-sensing technology, giving you real-time biofeedback, seemed to make meditation a lot less hit-and-miss – you could tell when you were doing it right.

Yet its one drawback was the physical design, which was a bit clumsy and didn’t always pick up the signals from your head without a lot of irritating repositioning. Thankfully, this has now been addressed: at the top of the Muse product range is this fabric-based – more flexible – Muse S, which similarly provides a range of meditation exercises and guided meditations. It also, thanks to the softer build, offers a bunch of go-to-sleep programmes. I have yet to test them, but a friend who did was most impressed.
Muse S, £329.99, choosemuse.com

An electric cycle with giddy-up to spare
Electric bikes have never been the sexiest form of transport. Heavy and clunky, they haven’t so far attracted flocks of buyers. I’ve taken an interest in the subject since 2008, when I became involved with importing Lambretta-style electric scooters from China. Ours sold well until the RMB doubled in value and we gave up. But bike shops, which with the pandemic have been classed as an essential service, are doing booming business. And for those wanting to get back into cycling but needing a bit more oomph under the bonnet, the ebike is a strong option.

Just before the lockdown, I trialled the Cowboy, from a three-year-old Brussels startup, whose founder says the name is a Belgian joke to show they don’t take things too seriously there.
The Cowboy is a smart bike with AI features and is wholly connected via your phone. This acts as control panel, navigation and dashboard. Built in Poland to a scintillating standard, the Cowboy’s giddy-up comes from a 250-watt motor in the rear hub and a big, removable battery, which gives 70km.

The gearless Cowboy is a joy because it doesn’t just buzz along like a moped. After a little motor kick when you set off, along with a barely perceptible purr, you have to pedal. The motor intervenes minimally on the flat and kicks in properly, using the AI, when it senses a gradient. On a ride around Richmond Park, where I usually huff and puff on my pretty but heavy Abici Camporella, I felt like Superman, with stretches of the route suddenly seeming half the length. Yet I still got up a good 140 heart rate after several miles and a few stiff hills.

The Cowboy is designed as a lightweight roadster, so isn’t for country trails. Its connectedness, meanwhile, makes it hard to steal in the urban jungle. Firstly, with the battery removed, it’s not much use. Secondly, if it’s not paired to your phone, you can’t fire up the motor, but it is still trackable. One was stolen in Brussels last October. The owner spotted it on his app in Albania. He posted about this on Reddit; the deputy Albanian interior minister was shown the post and got the police to repossess the bike and send it home to Belgium.
Cowboy bike, £1,790, uk.cowboy.com

Microsoft’s must‑have flexible laptop
Apple’s latest iPad Pro has been shipping since March, but the fascinating new keyboard – which combines with the iPad to make a novel form of laptop alternative – is, at the time of writing, not due until next month. It could be later still. So what to do if you’re someone who right now needs a new machine that runs Microsoft Office, has a lighted keyboard, is adept at PC-only business software, is great for Netflix in the evening and gives you the added ability to draw on the screen?

Well, Microsoft now has the beautifully designed Surface Pro X. It lacks the processing horsepower to run the latest Photoshop and similar processing-hungry creative packages, but it makes up for that with lightness and convenience, a 13-inch screen and great battery life. I know Mac fans who have made the great leap backwards to Microsoft – and become evangelists for these machines. Don’t rule them out just because everyone you know uses Cupertino’s finest. Think Different, as Apple had it.
Microsoft Surface Pro X, from £999, microsoft.com

A neat new player in the memory business
Cloud backup is great and, so long as you have a good broadband or 4G internet connection, seamless and reliable. But I still feel more secure with a hard drive to back up the cloud.

External hard drives are mechanical and unreliable. But, in the past year, a new generation of SSD (ie no moving parts, hence more reliable and shockproof) miniature drives has appeared. In the memory business, it pays to rely on the big two memory makers, Western Digital, which owns SanDisk, and Kingston. This, from WD, isn’t just a roastingly fast SSD (how about a write speed of 120GB a minute?) but also a fabulous bit of design.Available in up to 2TB, the WD Black P50 is made for gamers who want to keep entire games on an external drive and access them free of latency. So while this beauty is a bit overspecified for non-gamers – do buy an SSD external of some reputable manufacture to replace your old one.
WD Black P50, from £171.99, shop.westerndigital.com 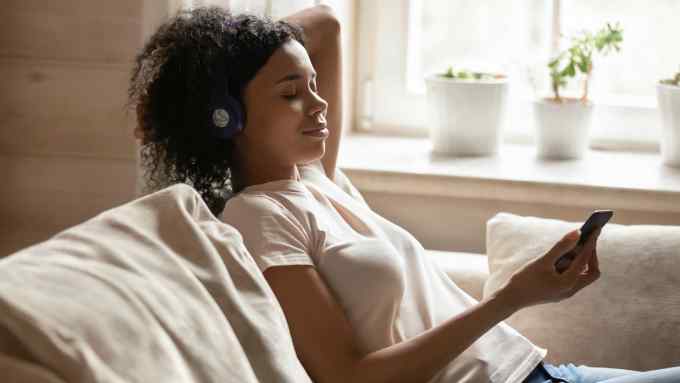