Beijing’s emissaries have ditched niceties for threats during coronavirus crisis

China’s diplomats have done away with diplomacy. In a quest to counter western accusations that coronavirus originated in their country, Beijing’s emissaries have over the past two months replaced courtesy with intimidation.

Claiming that pensioners in French retirement homes were being left to die, threatening a boycott of Australian produce if Canberra pursued an investigation into Covid-19, pressuring governments from Prague to Wellington for public praise in exchange for mask shipments, and tweeting conspiracy theories that the US created the pandemic to hurt China — Beijing has jumped headlong into a furious fight over the pandemic’s narrative.

China’s “wolf warrior” diplomats — named after a set of films in which Chinese special-operations fighters defeat western-led mercenaries — have emerged over the past three years. But the virus has pushed their combative tactics to the centre of Beijing’s foreign policy approach.

Chinese and western analysts said that watching Europe and US struggle to contain the epidemic had helped convince Beijing that it would eclipse America as a global power.

“We are seeing version 2.0 of the assertiveness Beijing exhibited following the 2008 global financial crisis,” said Jude Blanchette, a China expert at the Center for Strategic and International Studies, the US think-tank. “It is a result of the conviction of their rising power versus a west in decline.”

The push is also driven by frustration that efforts to build what China calls “discourse power” on the international stage have had minimal impact.

Even after more than a decade of attempts to counter the west’s more negative narratives about China, “the west still dominates the game”, Nadège Rolland, an analyst at the National Bureau of Asian Research, a US think-tank, wrote in a recent report.

While Mr Blanchette forecast that Beijing would adjust course in the coming weeks after its aggressive virus diplomacy triggered a backlash, foreign policy experts see wider implications. They believe that China’s decades-long effort to engage with the west has run its course.

“The mindset now is more to coerce counterparts to respect China’s interests as co-operative security is seen as less and less effective,” said Zhao Tong, a senior fellow at the Carnegie-Tsinghua Center for Global Policy in Beijing, a partnership of the US think-tank with one of China’s leading universities.

Mr Zhao described the shift as an “accelerating process” driven by President Xi Jinping’s ambition and US hostility towards China.

That shift has been coming for a while. Events such as western criticism of China over the 1989 Tiananmen crackdown or the US’s accidental bombing of the Chinese embassy in Belgrade periodically shook Beijing’s commitment to working with Europe and America to boost its economic development.

As early as 2009, then vice-president Xi revealed deep-rooted dislike of the west. “Some foreigners who have eaten their fill have nothing better to do than point fingers at us,” he told a Chinese audience in Mexico. “We don’t export revolution, poverty or hunger, and we don’t cause you any trouble, so what is there for you to complain about?”

While foreigners dealing with China were used to Chinese officials venting such sentiment in private for many years, that attitude has become more prominent since Mr Xi took power in 2012. He disposed of the foreign policy maxim that China had to hide its strength.

Coronavirus: free to read
How a Wuhan lab became embroiled in a global coronavirus blame game | Free to read 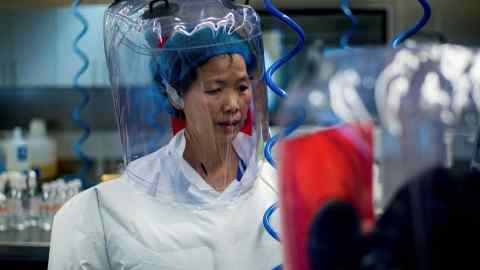 According to Mr Zhao, Washington’s China policy contributed to the change. “From the Obama administration’s ‘rebalance of Asia’, Chinese apprehension that the US has ideological designs on China, that the US does not want to interact peacefully with China strengthened,” he said.

Other Chinese scholars said such concerns gathered pace after the Trump administration started naming China as an adversary in security documents.

After international criticism of the country intensified over the Communist party’s re-education camps in Xinjiang and its handling of the Hong Kong protests, the leadership called for a “fighting spirit” across Chinese society. Those instructions were passed on to diplomats by Wang Yi, foreign minister.

“The so-called bottom-line thinking towards the west, the conviction that we must fully comprehend the hostility from the US, has now become very dominant, even if this is not expressed frequently in public,” said Mr Zhao.

Although driven chiefly by a sense of great power rivalry with the US, much of the fallout during the coronavirus crisis has been in Europe. “They have started talking to us in a tone that they would have only used towards countries they considered small or weak,” said a German diplomat.

Mareike Ohlberg, a scholar at the German Marshall Fund who specialises in Chinese influence campaigns in Europe, said: “In the past, towards us, they had stressed the long-term, the positive, the constructive. It is the first time that we are seeing destructive messaging on a large scale towards Europe.” 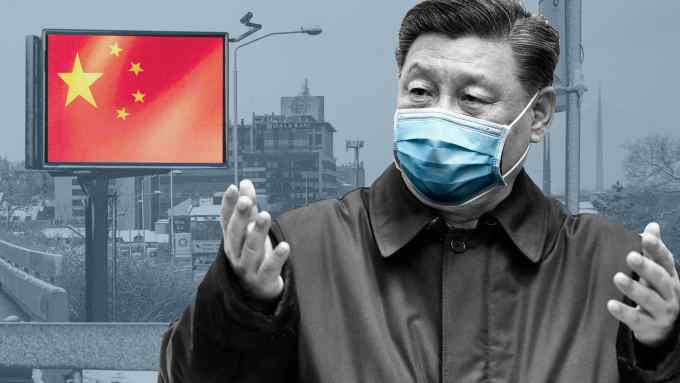