South African antenatal texting service is being replicated across the continent

Having your first child is a daunting prospect for any expectant parent, but it is much harder without easy access to reliable healthcare information. What immunisations should your child receive? What should you eat during pregnancy? How do you tell if something is wrong?

In South Africa, a free messaging service partly run on artificial intelligence offers pregnant women a direct link to healthcare providers. MomConnect, which operates using WhatsApp and free text messages, reminds women to attend their antenatal appointments, guides them through what to expect at each stage of their pregnancy and encourages them to adopt healthy behaviours.

For every 100,000 live births in South Africa, 119 women die — below the global average of 211, according to the UN children’s agency Unicef, but triple the country’s target of 38.

Debbie Rogers, managing director at the Praekelt Foundation, an African non-profit organisation that designed the app, says roughly two-thirds of all pregnant women in South Africa sign up for MomConnect at their first antenatal appointment. Run by South Africa’s department of health, the service has been adopted by 3m women.

Recalling the scramble in 2014 to get MomConnect up and running from scratch in seven months, Rogers says: “Some people thought it was crazy when the department of health put a call out [to the mobile health sector] to launch a digital national pregnancy register.”

The programme has since been replicated in Uganda through a Unicef programme called FamilyConnect. The Praekelt Foundation also has plans to launch in Malawi and the Democratic Republic of Congo.

The Praekelt Foundation also worked with the department of health to produce a Covid-19 messaging platform based on the same technology, which has more than 2m users. The foundation is planning to launch a similar service that will prompt stable HIV and diabetes patients to obtain their medication.

“When dealing with any health communication system, the privacy of the patient’s data and its appropriate use is of paramount importance. The choice of WhatsApp when they expanded the tool to include an internet-based messaging application was, in large part, motivated by the fact that WhatsApp uses end-to-end encryption,” he says.

The MomConnect information transfer goes both ways — mothers learn from the app, and the department of health gains valuable data about what pregnant women want. Feedback from women is used to improve the quality of care at individual clinics, and they can ask questions about their pregnancy.

Pertunia Matsemela, 25, from Burgersfort in Limpopo province, signed up for MomConnect during her second pregnancy. She liked the idea but felt the registration process could be improved. She received messages at the wrong times after being registered with an incorrect due date. “But it could be useful if it teaches us to be healthier, to bond with our babies, and how to deal with pregnancy hormones,” she says.

To cope with the hundreds of questions received each day, Praekelt has experimented with AI to speed up response times. An algorithm triages the requests and suggests responses to frequently asked questions for staff to approve or correct.

The service is not fully automated due to caution around misinterpreting a user’s health concerns. South Africa has 11 national languages, and WhatsApp only supports English and Afrikaans, so providing quick responses in multiple languages remains a challenge.

Two years ago the South African government took over the day-to-day funding of MomConnect from donors, which included USAID, the US development agency, and Johnson & Johnson, the medical device maker.

Peter Barron, former technical assistant to South Africa’s department of health, estimates the MomConnect programme costs $750,000 a year to run, but hopes this figure will fall as more women switch to WhatsApp, with donors picking up any extra innovation costs.

“Funders are terrified that a project is going to end when they can no longer fund it. That was our experience when we tried to do a similar project in Nigeria,” says Rogers. “But it’s not been the case here.” 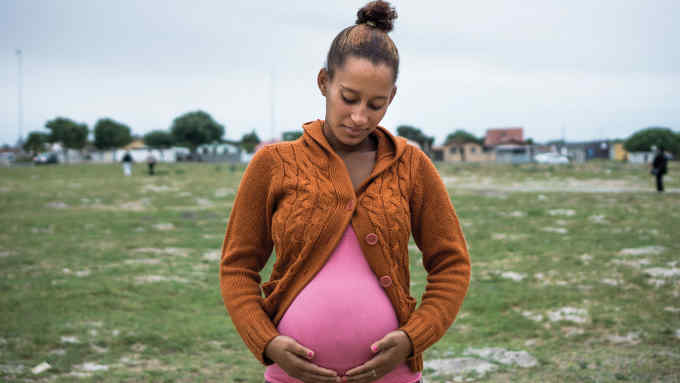