At her primary school in Ndiebel, western Senegal, Marietou Diagne has seen a sharp improvement in her young pupils’ grasp of the basics of reading since she adopted a new approach to teaching two years ago.

Children in the first three grades now study in Wolof, their mother tongue, before switching to French, the country’s main language of instruction. Based on these stronger foundations, the aim is to improve the children’s learning and progression through the education system.

“I’ve seen real advances,” says Diagne. “The children are much more at ease and grasp the essentials very quickly. They take books home and their family can help them read. I’ve even had a couple of parents say the younger children are better at reading than their older brothers and sisters.”

She is part of Lecture Pour Tous, a programme to improve basic reading skills in six regions of Senegal. It deploys a structured approach to learning that uses specially developed materials, regular assessments and training and coaching for teachers.

The underlying principle is that children learn best initially in the dominant language of their family, community and playground — rather than their country’s official language — as that is what they are most familiar with. Initial evaluations suggest a significant improvement in reading skills for children enrolled in the three local languages in which the programme operates, compared with those starting their early years in French.

The programme highlights the potential of innovative approaches to improve the very low levels of foundational learning in literacy and numeracy of hundreds of millions of children in lower- and middle-income countries. Poor understanding triggers high dropout rates from school and limits the ability of those remaining to reach their full potential. It also illustrates the continuing obstacles to improvement, which have only intensified during the Covid-19 pandemic.

Lecture Pour Tous is unusual in several respects. Despite operating in a country with historical connections to France that are reflected in its school system and a choice of official languages, it is funded by the US Agency for International Development, a federal agency that administers foreign aid. USAID stresses there is no attempt to undermine the switch to teaching in French in later school years.

The programme works closely with the government, has significant long-term backing and has been supported and expanded over several years with careful scrutiny and tracking of results. That contrasts with many educational projects that are fragmented, poorly monitored, uncoordinated and unsustainable.

Ben Piper, senior director for Africa Education at RTI International, a non-profit research institute, says he was able to identify fewer than a dozen similar examples in Asia and Africa for his research into “large scale programmes with large impacts on learning”. By contrast, there are many small-scale pilots with insufficient evidence, providing scant indication of whether or how they could be expanded nationally, let alone replicated in other countries.

One success is Pratham, a non-profit active in India which has long championed an approach to learning improvement — “teaching at the right level” — now being explored elsewhere. It deploys simple, rapid and regular assessments of every child’s progress, coupled with structured pedagogical techniques to help teachers ensure children can master reading.

“Once you can read with some understanding you can propel yourself,” says Rukmini Banerji, Pratham’s chief executive. “You can’t do maths, science or even follow [furniture assembly] instructions unless you can read.”

She emphasises the need for educationalists to “put aside the security blanket of an age- and grade-based progression and curriculum” in schools and instead focus on building an understanding of the basic foundational skills for every child.

These techniques are receiving fresh attention as evidence grows of the setbacks to learning caused by the coronavirus-driven closure of classrooms, which have left children in richer as well as poorer countries moving backwards in attainment in recent months.

Banerji says Covid-19 has prompted Pratham to redouble its efforts. Rather than simply “connecting” to children out of school, it trying to help them to focus on formal learning. She sees a growing role for tighter connections between teachers and their families, using parents to help support learning out of school.

Once you can read with some understanding you can propel yourself. You can’t do maths, science or even follow [furniture assembly] instructions unless you can read

Others stress that for many of the world’s poorest children, far wider measures will be required, both to advance towards the UN’s goals of quality education for all and to recover from the pandemic. These include steps far beyond the classroom to tackle the underlying causes and consequences of poverty and discrimination.

The charity Save the Children published a report in September called Build Forward Better, in which it stressed the importance of wellbeing and physical safety; targeting the children most discriminated against, including those who are not attending school; more funding; more decentralisation of decision-making; and more regularly collected and shared data to improve decisions.

Raby Gueye is head of Teach for Senegal, an education development organisation that this year recruited its first cohort of talented young professionals to work in the country’s schools, argues that broader support to hire, train and support high-quality teachers is pivotal to improving outcomes. “We just don’t have significant time or resources dedicated to training,” she says.

She praises the shift with Lecture pour Tous to teaching basic literacy and numeracy in local languages, but also stresses the importance of social and emotional skills and broader structural concerns. “We’ve kept a colonial system and never questioned why it’s in place. There needs to be a conversation about what is the purpose of education.”

Explore the Special Report
READ MOREInvesting in Education
Could do better: what students want from schools 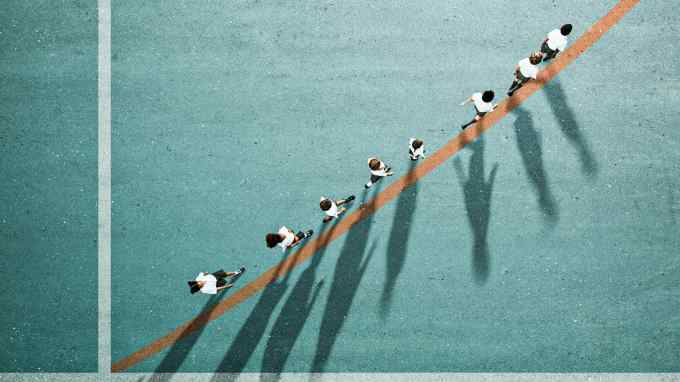