Three grave diggers, one dressed in a white protective smock, quickly buried Vítor Batista’s wooden coffin. Two weeks ago the 96-year-old was hospitalised with pneumonia but, like others filling graves in Brazil’s biggest cemetery, he died before receiving the results of a coronavirus test.

“I am sure he had corona,” said Ulisses Frutuoso, the dead man’s nephew. “I feel we don’t know the real extent of this tragedy, but cases must be . . .” He raised his hand to the sky, signalling that deaths from Covid-19 were probably rocketing well beyond the more than 2,400 that have been officially recorded in Brazil.

Workers at the cemetery of Vila Formosa in São Paulo, who have been busy digging rows of graves — even using a backhoe at times — are similarly convinced that the virus has claimed more casualties than official statistics suggest. “Many like him arrive here before getting the test results,” said one, who wished not to be named, gesturing at the coffin while washing his hands. “We have been burying a lot.”

Gravediggers, health workers, and researchers in Latin America’s two biggest countries, Brazil and Mexico, tell a different story to the official numbers. As of Sunday, Mexico had 8,261 confirmed cases and 686 deaths. But Hugo López-Gatell, the health under-secretary who is the country’s coronavirus tsar, has admitted that the true infection level is at least eight times higher.

The funeral services agency of the city of São Paulo said the daily burials average declined slightly in March, but grave diggers in the cemetery said their own daily average went up 50 per cent, sometimes more, from before the first reported case of coronavirus arrived in Brazil in late February.

A survey by the newspaper Estadão based on official data said the number of deaths recorded as respiratory failure and pneumonia in Brazil increased by 2,239 in March 2020 from the same period in 2019. 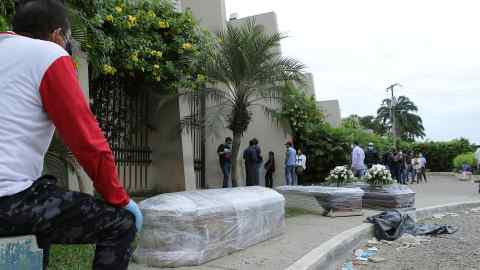 Researchers at a group of respected Brazilian universities and institutes said last week there were probably close to 12 times more cases of coronavirus than were being officially reported by the government in Latin America’s largest country, home to some 211m people. As of Sunday, Brazil had more than 38,000 confirmed cases, which would put the true tally at 456,000.

“The rapid course of the pandemic and the low number of tests performed in Brazil make it difficult to estimate the actual number of confirmed cases,” the Health Operations and Intelligence Nucleus, or NOIS, said.

“The high degree of under-reporting may give a false impression about disease control and, consequently, could lead to a decline in the implementation of containment actions.”

President Jair Bolsonaro is one of a handful of world leaders playing down risks of the virus. He claims the pandemic had created a “climate of terror” and has excoriated state governors for imposing partial lockdowns. On Thursday, he fired his popular health minister, Luiz Henrique Mandetta, a doctor, who diverged publicly with his boss by wanting tighter social distancing, and who admitted that there were more cases than those confirmed. “We are only seeing the tip of the iceberg,” he said last month.

For Chrystina Barros, an expert on public health management at the Federal University of Rio de Janeiro, where she is part of a group fighting Covid-19: “It is always very complicated when politics gets mixed with technical aspects of fighting a pandemic.”

There are similar concerns in Mexico, where President Andrés Manuel López Obrador insists the country of 127m people is an example to the world.

“I think in the whole country there are 60,000-80,000 cases and no less than 5,000 deaths,” said one pneumonia specialist working at two private Mexico City hospitals. “In one and a half to two weeks, this is going to explode.”

Colleagues in Mexico’s states had been ordered not to report cases, the specialist said. The director of one public hospital in Mexico City agreed the official figures — based on the so-called Sentinel Surveillance Model already in use to track respiratory diseases — “do not add up”.

Jaime Bonilla, governor of Baja California, which has been hard hit, said the official numbers did not tally with those from his state and appealed for the authorities to tell the truth. “Why are they reporting information if it’s not real,” he asked.

Health authorities have denied a cover-up. However, Mexico City alone has reported more patients intubated for Covid-19 than the federal government says are intubated in the country overall. Asked if the death rate was undercounted by a similar proportion to the number of infections, the hospital director said: “You have to multiply everything by eight.”

Furthermore, what little testing was being carried out was not always accurate. “More or less 70 per cent of the patients I have here have tested negative but scans and symptoms show they are 100 per cent Covid,” the hospital director said, adding doctors have now been allowed to register deaths in such cases as “atypical pneumonia, probably Covid”.

The situation in some hospitals in Tijuana, near the US border, appeared critical, according to local media reports. One video shared on social media, purportedly of a hospital there, showed body bags on gurneys, labelled Covid, crammed into a storeroom. An apparent hospital employee is heard to say: “There’s nowhere to put them.” The video could not be verified.

While the state social security agency denied the reports, Governor Bonilla admitted that doctors were “dropping like flies” from Covid-19.

“It’s misleading that in Mexico they’ve been reporting a fraction of the number of cases for three months,” said Sandra López Leon, a Mexican epidemiologist in New York. Given the lag between the surge of cases in the US and Mexico, “Mexico has only one or two weeks to avoid deaths.”

READ MORECoronavirus: free to read
The battle at the heart of British science over coronavirus | Free to read 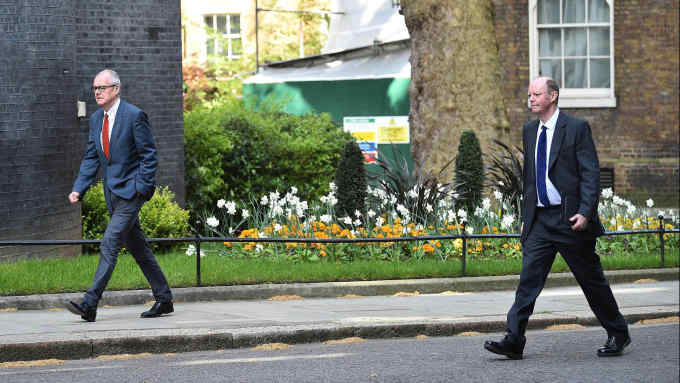