On the banks of the Rhine in north-west Germany sits Thyssenkrupp’s Duisburg plant, Europe’s largest integrated steel mill. The hulking facility churns out about 11m tonnes of steel a year — along with roughly 20m tonnes of carbon dioxide, close to 2.5 per cent of the country’s CO2 emissions.

With EU nations committed to a 55 per cent reduction in greenhouse gas emissions by 2030, companies like Thyssenkrupp need to decarbonise fast. Its plan eventually to convert Duisburg’s furnaces to hydrogen is among the most ambitious in heavy industry.

Sectors such as steel, cement and petrochemicals that require extreme heat during production have huge carbon footprints. Steel is responsible for 7-9 per cent of all direct emissions from fossil fuels, with each tonne produced resulting in an average 1.83 tonnes of CO2, according to the World Steel Association. Cement accounts for about 8 per cent of all global emissions.

Heavy manufacturers, particularly in Europe given its environmental rules, are more advanced than most in decarbonisation. But it is early days. While most European steel groups are considering hydrogen as a route to making so-called low-carbon steel, Chinese rivals have focused more on combining traditional steelmaking with carbon capture and storage technology.

Detractors say the gas is just one of a number of solutions to decarbonise production processes, and that widespread use of clean or “green” hydrogen will be constrained by infrastructure and the volumes of renewable energy required. However, experts say governments and companies may have little choice but to overcome these obstacles if heavy industry is to reduce its emissions.

“There are plenty of problems with hydrogen, including scaling up the volumes we need, but that doesn’t matter, it is a must-have,” said Julio Friedmann, senior research scholar at the Center on Global Energy Policy at Columbia University SIPA.

Arnd Köfler, Thyssenkrupp’s chief technology officer, said that to meet Europe’s tough emissions targets, “you have to identify the big opportunities, where and how to decrease the carbon dioxide emissions”. He believes the scale of Duisburg’s emissions offers a perfect opportunity to deploy hydrogen.

The company is running trials to use hydrogen as a reducing agent in traditional blast furnaces, which in theory could achieve CO2 savings of up to 20 per cent. But to make a significant dent in emissions requires more drastic changes in technology and using natural gas or hydrogen instead of coke to separate the oxygen from iron ore — to make so-called direct reduced iron (DRI).

Thyssenkrupp plans to have its first DRI plant up and running by 2025, initially producing 400,000 tonnes of a year of “climate friendly” steel — made using either hydrogen or natural gas — and 3m tonnes by 2030. It aims to replace all its blast furnaces by 2050.

There is a lot of marketing around hydrogen projects. We need to be realistic — we are where the wind industry was 20-30 years ago in terms of deployment

Key obstacles remain, including sourcing sufficient hydrogen and cost — the bill to convert Duisburg to run on hydrogen is estimated at €10bn.

Establishing the infrastructure for a hydrogen hub will also require government support. Duisburg’s size, however, could make it the nucleus of a hydrogen economy, with pipelines feeding the gas to other industries, including chemicals makers. The German government’s national hydrogen strategy, published last year, put a clear focus on “green” hydrogen made by using electricity from renewable energy sources to electrolyse hydrogen from water.

Aditya Mittal, chief executive of ArcelorMittal, said this week it was still “too early to call” when green hydrogen would come on stream. The company has a number of decarbonisation trials under way, including one to test hydrogen’s ability to reduce iron ore at its Hamburg facility.

“It's a long journey ahead,” Mittal said. “We're not close to the end of it.”

To convert the 100m tonnes of steel a year made in the EU using carbon would require about 400 terawatt-hours of electricity a year — equivalent to 15 per cent of the continent’s total current consumption. All of that would have to come from renewable sources.

Brian Aranha, ArcelorMittal’s vice-president and head of strategy, said “it seems very unlikely that any time soon we will have that kind of hydrogen available based on new renewable power generation”.

Similar issues occupy executives in the cement industry, where CO2 is generated by both the chemical and thermal combustion processes involved in production. Most big groups in the sector are exploring the use of hydrogen and carbon capture and storage.

Hanson UK, the British arm of HeidelbergCement Group, has teamed up with researchers at Swansea University to experiment with the use of green hydrogen to replace natural gas in burners at its plant in Port Talbot, southern Wales. A government-funded project at the company’s Ribblesdale cement works in Lancashire is trialling the use of hydrogen and biomass fuels in the cement kiln.

The demonstration, said Iain Walpole, environmental sustainability manager at Hanson UK, is to prove “can we produce a product that is still cement” using hydrogen.

Chemicals companies are also examining the use of hydrogen to power their plants. They already have significant experience with the gas, which is a byproduct of some manufacturing processes.

Ineos, which produces 300,000 tonnes of hydrogen a year, believes it will be “one element” of the decarbonisation processes. The privately held chemicals group plans to set up a clean hydrogen supply hub at its plant in Rafnes, Norway by building a 20MW electrolyser.

Geir Tuft, chief executive of Ineos subsidiary Inovyn, cautions that given the amounts of gas needed, progress will take time.

“There is a lot of marketing around hydrogen projects. We need to be realistic — we are where the wind industry was 20-30 years ago in terms of deployment.”

And just as the development of the offshore wind industry was kickstarted by subsidy schemes, that of hydrogen in the steel and cement industries will need state support, experts say.

“In the near term we would expect a subsidy mechanism to be necessary to help decarbonise cement and steel,” said Aaron Goater of Britain’s government-advising Committee on Climate Change.

A high carbon price is key. A recent study from BloombergNEF found that hydrogen produced from renewable electricity could be cost competitive with coal for steel making by 2050 if a carbon price of $50 per tonne of CO2 was applied to coking coal.

Ultimately, it will be up to governments to help create the necessary infrastructure for a hydrogen economy. The UK government’s climate plan promises investment of more than £1bn to support hydrogen projects and the establishment of carbon capture, utilisation and storage in four industrial clusters.

According to Friedmann, this is where the decarbonisation focus needs to be. Europe, he believes, is ahead of most other countries in thinking about industrial hubs to provide the necessary transmission lines, CO2 transportation systems and hydrogen distribution systems.

“It’s hard and it’s expensive but that is the work. Either governments in Europe pay for that infrastructure or provide incentives to the private sector to do it.” 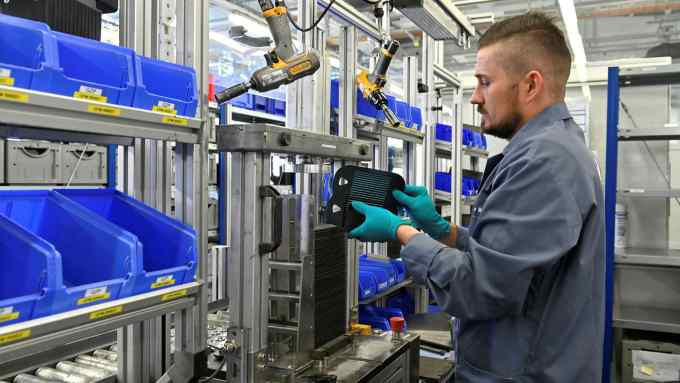