Mustafa Duale grabs his binoculars to check on 450 camels grazing on what used to be barren land in western Somaliland — an unrecognised state in the Horn of Africa, between encroaching desert and the Gulf of Aden, which declared independence from Somalia in 1991. “Now the camels don’t have to walk for days, they have water and food right here,” says Duale, a community leader, livestock trader and water engineer.

Behind the camel herd, plantations of sorghum and watermelons are fenced by 1,000 mareer berry trees. “We are building an ecosystem,” Duale adds proudly.

That may seem an extravagant claim for such dry and harsh terrain. But Duale has earned the right to make it. Marshalling money from private citizens, he built a 45,000 cubic metres bali, or water reservoir, and ancillary drip irrigation system that, since 2017, has been watering the crops and livestock of 600 people by the village of Qoolcadey.

Across the road, where no water system is in place, barren land stretches to the horizon. “Before, this area was like that,” says Duale. “The community needs this, the livestock needs this. If we don’t build reservoirs ourselves, desertification will advance. We used to send the camels to Ethiopia for grazing; now we can do it here. Without water, there’d be nothing here.”

Entrepreneurs such as Duale are drawing on diaspora and local private funding to create reservoirs for rainwater that can transform the rural economy — an approach that makes sustainable food production possible, and enables subsistence herders and farmers to stand their ground against climate change.

Much of Somaliland is arid, with areas receiving “as little as” 150mm of rainfall a year, explains Ahmed Esa, president and water expert at Abaarso Tech University in Hargeisa, Somaliland’s capital. Earlier this year, the UN warned of “alarming water shortages” in parts of the nation as consecutive rains have failed.

Nomadic pastoralists, who depend on camels and goats for their living, often suffer huge losses to their herds in a nation of 5.7m people, where livestock farming accounts for almost 30 per cent of economic activity. Even when it does rain, it often comes in torrents that wash away the brittle top soil.

“We are in the front lines here in terms of impact [of climate change]”, says Roble Abdi Muse, director-general of Somaliland’s agriculture ministry. Yet the country’s pariah status has made it harder to tap the usual sources of development capital to boost its $3.5bn economy and build much-needed water infrastructure.

The former British protectorate of Somaliland became independent on June 26 1960. Five days later, it united with the former Italian colony of Somalia, only to break away from it in 1991. It is still not recognised as a country but treated as part of Somalia by the international community amid concerns in some corners that formal recognition could embolden other states with similar claims. This hampers much of its access to external support and humanitarian assistance.

Only a handful of international donors and development organisations have a presence in Somaliland’s water sector, senior officials say. Although some aid trickles in — amid complaints that a chunk stays in the parent state of Somalia — locals say it is not enough to build water infrastructure to sustain agriculture and livestock.

“Entrepreneurs are coming with their own money and expertise, establishing a water project or a farm — and they are capable,” says Muse. “People are coming back just to herd camels and to farm. Some 15 years ago, you didn’t have people from the diaspora coming back, or rich people in the business community creating farms, but now you have plenty of them. For that, they need a more constant source of water, so that’s why they’re building dams.”

Ismail Ahmed, London-based founder of the global remittances platform Zepz, for example, is pouring $500m of his own funds into Somaliland’s infrastructure over the next decade, including water projects. “Innovative development finance solutions are required to overcome the barriers that Somaliland faces, going beyond the traditional models of donor funding and towards a more entrepreneurial, scale-up approach that focuses on building capacity,” he argues.

Another supporter is Ibrahim Mohamed, an engineer who, in 2014, returned from Canada to develop farming in parts of Somaliland and established a trading platform, Tacabso. “All we need for sustainable farming is capital investment and some private citizens are putting that in,” he says.

Mohamed helped Duale — who invested $120,000 of his own funds — to design the reservoir, and persuaded aid agency USAID to donate $40,000-worth of polyethylene liner to prevent leakage.

Usually, there are two three-month rain cycles a year, starting in April and September. Although patterns have changed dramatically in recent times, “in Somaliland rainwater is the source for water catchment,” says Mohamed Ali Darod, chief executive of Hargeisa Water Agency.

To take further advantage of that, Duale and Mohamed are pooling private funds to build another reservoir — four times bigger, at a cost of $500,000 — to allow a fuller range of agricultural activity around Qoolcadey. Aside from establishing a “farming oasis” to plant hot pepper plants and papaya trees, the yield for camel milk is higher if the animals stay close to their food and water.

“There may be no charity relief here, but there is a return on investment in farming,” says Mohamed. His sentiment is echoed by herder Khadra Abdi, who lives by the reservoir. “We used to walk often days to get water,” she says. “Now, we have grass and water right here. We used to lose a lot of livestock during droughts, because, without water, life ceases to exist.

“The reservoir changed our lives completely. Now, we can focus on growing food rather than looking for water.” 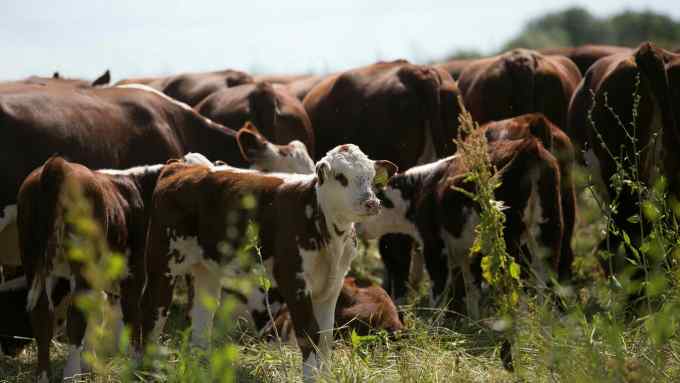