Academics edge closer to dream of research on cloud platforms

In the race to harness the power of cloud computing, and further develop artificial intelligence, academics have a new concern: falling behind a fast-moving tech industry.

In the US, 22 higher education institutions, including Stanford and Carnegie Mellon, have signed up to a National Research Cloud initiative seeking access to the computational power they need to keep up.

It is one of several cloud projects being called for by academics globally, and is being explored by the US Congress, given the potential of the technology to deliver breakthroughs in healthcare and climate change.

Under the US proposal, authored by Fei-Fei Li and John Etchemendy from the Stanford Institute for Human-Centered Artificial Intelligence, a national cloud platform would enable more academic and industry researchers to work at the leading edge of AI, and help train a new generation of experts.

Li and Etchemendy’s NRC proposal cautions about declining government funding for basic and foundational research and highlights the US’s history of federally funding research into innovations — from gene sequencing to the internet itself. However, between 2000 and 2017, the share of basic research funded by the US federal government declined from 58 to 42 per cent.

If we kneecap academia from being an active participant in AI development, we threaten the innovation ecosystem as a whole

“If we kneecap academia from being an active participant in AI development, we threaten the innovation ecosystem as a whole,” warns Li, who is the Sequoia Professor in computer science at Stanford University, a former vice-president at Google and, as of last year, an independent director at Twitter. “Academia provides a space to think beyond profits and pushes boundaries in science that can benefit all of humanity.”

US Congress has authorised an AI task force to explore the viability of the NRC and make recommendations in the coming months. Amazon, Google and Microsoft have also backed the idea of a US research cloud.

Here, the US may seek inspiration from Australia, which established a national research cloud in 2012. That was made possible thanks to the country having “a critical mass of researchers but [being] small enough to co-ordinate a national initiative”, says Rosie Hicks, chief executive of the Australian Research Data Commons, which co-ordinated the project.

The project, which has received nearly A$200m ($160m) in federal funding, goes beyond offering access to data storage and collaboration tools, and is actively promoting the expansion of research infrastructure.

“We are not interested in a vanilla computing environment. We want to be pushing boundaries and create an environment that researchers cannot get elsewhere,” says Hicks.

Juan Bicarregui, co-ordinator of the pilot phase of EOSC, describes the European project as a “web of shared data for research”, which is supporting roughly 20 projects. The goal is not to create a public cloud but to “bring together existing infrastructures”, Bicarregui says.

Its vision is both to empower the continent’s 1.7m science researchers to be able to collaborate more effectively through sharing data, software and methodologies.

“The way science has been communicated for the past 300 years is through publishing academic papers,” says Bicarregui. The EOSC, in contrast, aims to make research and data accessible to all by allowing open access both to academic papers as well as the data, methodologies and software involved.

This could help researchers avoid duplication and tackle the “reproducibility crisis” — the difficulty in trying to replicate a study to test its outcomes. This will enable researchers to understand more about the development of projects and ultimately accelerate innovation.

“The open science movement is about changing culture,” says Bicarregui. “Data is what enables publications, so people can be worried about sharing data, thinking that others are going to scoop their idea. But that’s only because of how much we obsess about publications. The rewards and recognition mechanisms of science have not yet evolved to rewarding more data-sharing.”

A second motivator for the initiative is the trend towards larger teams in scientific research, as the community turns its attention to knottier problems.

“The big challenges of the [UN’s] Sustainable Development Goals and the experience of the pandemic, require a multidisciplinary approach to solve,” says Bicarregui. “EOSC is about putting in place the infrastructure you need for that collaboration.”

Get alerts on Cloud computing when a new story is published 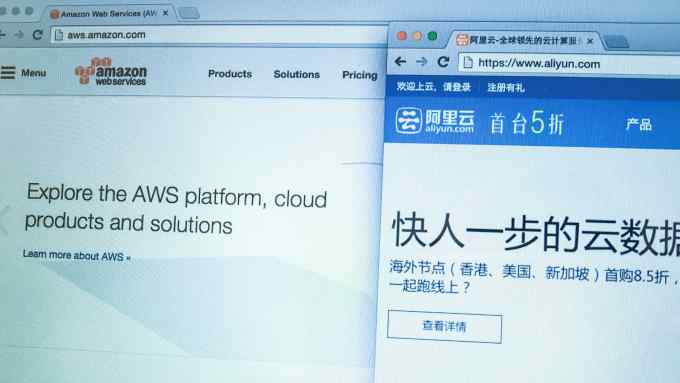