Methane from manure offers green fuel revenue for US farmers

The rise of industrial-scale livestock farms in the US has put cheap meat on consumers’ plates, but it also has environmental costs. Among them are emissions of methane.

In the US, some farmers and utilities are trying new ways to capture the waste gas and convert it to fuel. “Renewable natural gas” builds on the established technology of biogas, further refining it for shipment on commercial pipelines.

RNG costs more than conventional natural gas, and there is far less supply. Yet it is attracting investment with the help of subsidies and incentives.

In North Carolina, home to 9.2m pigs, the OptimaBio company collects waste gas from custom-built manure digesters on five pig farms. Pipes send the gas to a centralised plant where it can be purified and pressurised for sale to Duke Energy, a utility. OptimaBio pays the farmers for the fuel.

“It’s a new agriculture revenue stream for those farmers beyond what they’ve traditionally realised in corn or beans or peanuts or pigs,” says Mark Maloney, OptimaBio’s chief executive.

Smithfield Foods, the world’s largest pork producer, has since expanded on the concept. The Virginia-based company, a holding of WH Group of Hong Kong, has formed joint ventures to gather, process and sell methane from manure. One joint venture with the utility Dominion Energy plans to invest $500m in RNG by 2028, starting with projects in North Carolina, Virginia and Utah and exploring others in Arizona and California.

“Essentially what we’re doing is converting methane into carbon dioxide, which is a 25-to-1 net benefit for the climate. That’s transformational,” says Thomas Farrell, Dominion chief executive. (Methane has about 25 times the atmospheric warming power of carbon dioxide over a 100-year period.)

Methane emissions from manure management rose by two-thirds between 1990 and 2018 to 2.5m tonnes, according to the US Environmental Protection Agency. The overall heat-trapping footprint is higher than cement production and petrochemical production combined. It is in addition to significant amounts of methane burped by cows.

The increase in emissions has come as livestock farms have grown. “[The] shift toward larger dairy cattle and swine facilities since 1990 has translated into an increasing use of liquid manure management systems, which have higher potential CH4 [methane] emissions than dry systems,” according to the EPA’s latest greenhouse gas inventory.

In a report for the American Gas Foundation, ICF, a consultancy, calculates that between 30 per cent and 60 per cent of cattle and pig manure could be used to make RNG. More than 50,000 dairies and 60,000 pig farms operate in the US, but only 255 farms have biogas digesters and just a handful are connected to pipelines, government data show.

The cost, meanwhile, is currently about 10-15 times greater. ICF reports that RNG from animal manure costs between $18.40 and $32.60 per million Btu (British thermal units, a standard industry measure). Wholesale fossil natural gas has fallen below $2 per million Btu amid plentiful supply and a contraction in global demand due to the coronavirus pandemic.

In a world that does not account for the climate costs of fossil fuels, it is difficult for RNG to compete with low-priced ordinary natural gas. “Without incentives, RNG is not economic at all,” says Roman Kramarchuk, head of energy scenarios, policy and technology analytics at S&P Global Platts, a research group.

Using RNG may be less damaging to the climate than letting methane escape, but it does cause pollutants such as nitrogen oxides to form when burnt, according to the Natural Resources Defense Council, an environmental advocacy group that urges “strong caution” in pursuing RNG from animal manure.

However, some policies are beginning to recognise RNG’s potentially lighter environmental footprint, and are providing subsidies that can make it economical — especially as a transport fuel replacing diesel in trucks and buses.

For example, California has the most ambitious clean motor fuel law in the nation. It also has 1.7m milk cows, the most of any state.

The state’s Low Carbon Fuel Standard market puts a price of about $200 per tonne on carbon reductions. This credit price translates into an incentive of nearly $70 per million Btu for manure-based RNG projects due to their ability both to prevent methane emissions and to displace petroleum-based diesel fuels, Mr Kramarchuk says. Even more incentives are available through the federal renewable fuel standard, which mandates increasing use of renewable fuels.

The oil major Chevron last year agreed to provide funds for up to 18 manure digesters at California dairies, with a plan to market the RNG for use in commercial vehicles.

Kraig Westerbeek, senior director of Smithfield Renewables, says his ventures will sell RNG both in the California market and under the federal standard.

“Ultimately in the markets for renewable natural gas from swine operations, if you look at their carbon intensity scores it’s actually a carbon-negative fuel. There aren’t many of those,” Mr Westerbeek says. “So the price that it commands in the marketplace, luckily, is more than the cost.”

He also says there is a robust private market selling to individual companies trying to meet internal emissions targets.

Mr Farrell, of Dominion Energy, says: “Renewable natural gas is more expensive than traditional gas, but it’s also more valuable from a climate standpoint. Commercial and industrial customers across the country are willing to pay a premium to get that climate benefit and achieve their carbon reduction goals.” 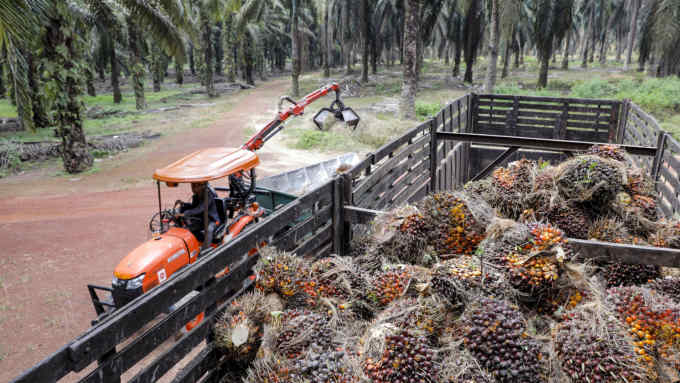