When Geetha Manjunath lost a family member to breast cancer, she resolved to use her IT skills to help fight the disease.

“When my cousin went to the doctor, the cancer was already at an advanced stage, which made the treatment challenging,” says Manjunath, whose company Niramai uses artificial intelligence-powered thermal imaging to improve early detection of tumours.

The non-invasive test, which Manjunath says can be performed by a low-skilled healthcare worker and does not require a hospital, generates a provisional report within 15 minutes, using AI to read the thermal image’s colour points.

The test costs about $20 in a hospital — less than half the price of a mammogram in India — while many rural patients are offered the test at a subsidised rate of less than $2, Manjunath says.

Such AI-led groups are becoming commonplace across India’s healthcare industry. When the Centre for Internet and Society, a non-profit research group, reviewed the country’s AI-led healthcare initiatives, it found that the main focus was to extend medical services to traditionally underserved populations in India. “AI . . . in healthcare in India appears to be addressing issues of economic disparity rather than widening existing gaps,” the CIS report says.

Two-thirds of India’s population lives in rural areas but is served by one-third of the country’s doctors, according to World Bank data. This statistic that has encouraged innovative companies to use AI to remedy the shortfall by helping low-skilled health workers diagnose medical conditions.

Vibhav Joshi, chief executive and co-founder, says the group’s technology — which received a $100,000 grant from the Bill & Melinda Gates Foundation to develop algorithms and conduct a pilot study — can be used by low-skilled healthcare staff.

“[Many rural] health centres don’t have foetal monitoring systems and even if they have the conventional doppler test, they don’t have the skilled personnel to conduct the investigation,” says Joshi. Sattva MedTech says its AI has a 93 per cent detection rate of foetal distress and is targeting 98 per cent before it starts offering the algorithm commercially.

Hyderabad-based Avyantra, a medical start-up, is developing an algorithm that it hopes can predict sepsis in newborns based on the mother’s risk factors and the baby’s medical parameters.

India has the world’s highest incidence of clinical sepsis — 17,000 cases reported for every 100,000 live births — and Hyma Goparaju, Avyantra co-founder, believes the group’s technology can encourage better use of antibiotics in newborns and reduce sepsis-related deaths.

“We have identified about 30 parameters such as blood pressure and colour of the newborn’s skin,” she says. “The AI then generates a score which the health worker can use to decide [based on a risk score] if the newborn needs to be shifted to a hospital.”

Avyantra has received $100,000 funding from Unicef, the UN’s agency for children, to further develop its algorithm and is hoping to test its technology in the field.

Though these start-ups offer hope of providing timely, quality healthcare, critics worry about data privacy and the sensitivity of predictive AI, which are not always validated by regulators or independent reviewers.

“When my company started working with AI developers, we decided to explicitly take consent from patients for using their data for AI development,” says Mahajan, who also heads research and development at Mahajan Imaging, a diagnostic and imaging facility based in New Delhi. “In terms of regulation, software is not treated like a drug in India.” 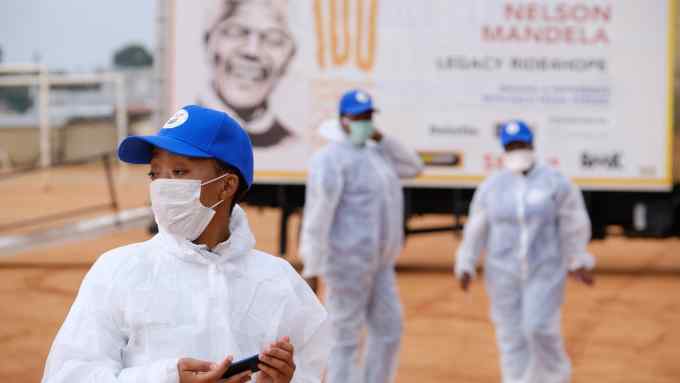