Start a 4-week trial
The Crown: a series special
See all 9 stories
Television

We’ll send you a myFT Daily Digest email rounding up the latest Television news every morning.

It’s farewell to bright-eyed and lithe Claire Foy and Matt Smith as the new season of The Crown opens with the traditional cast-shift. Olivia Colman and Tobias Menzies bring us a middle-aged, slightly dusty monarch and her consort, settled into a serviceable but seemingly joyless union. The transition from young woman to “old bet”, in Colman’s clipped tones, is neatly marked by the Queen’s approval of the latest, slightly jowly portrait to grace British stamps. As ever it takes a few moments to get used to the accents, where people are dubbed “barefaced lars” and royals exclaim: “Er ner!”

As the years trudge on, and the big national events are counted off, the storytelling shows signs of strain. Peter Morgan’s script is ever-efficient with a twist of elegance, but some scenes are reduced to the most banal of stock phrases. Perhaps that doesn’t matter when your central characters are so emotionally illiterate they couldn’t draw a heart on a blackboard. Colman, a genius of immobility, gives Elizabeth the subtly stricken look of someone who’s been told she must never look stricken.

Each of the 10 episodes ticks off a theme, whether it’s the treachery of Anthony Blunt, the Queen’s (non)response to a national disaster or what the hell to do with Princess Margaret (Helena Bonham Carter, wobbling brilliantly on a tightrope pegged between pathos and belligerence). The major arc is the Royal family’s reaction to, and role in, the slow decline of Britain. As Winston dies (ta-ta John Lithgow), a red wave sweeps over Britain in the form of pipe-smoking, plain-talking Harold Wilson (Jason Watkins). Despite his blunt disregard for etiquette, he and the Queen form an unlikely almost-friendship.

The thing about all-time lows is that there’s always a little further to fall. Aware that the Royals are thoroughly resented in the new political climate, Prince Philip decides that it’s time to bring the cameras into the palace to show that “we are worth every penny”. But when the disagreeable Princess Anne (Erin Doherty, squeezing mountains of disdain into monosyllables) is seen as your best asset, you’re in trouble. The finished product, shown on BBC television, was an early exercise in debunking which arguably gave rise to The Crown itself.

Part of the thrill is seeing the Royals suffering ordinary family problems. Having the mother-in-law come to stay can be just as awkward when she’s chain-smoking Princess Alice, the Greek nun exiled after a coup in Athens (Jane Lapotaire, oozing charm and tar). Terminally resentful younger sisters don’t come more fun than Princess Margaret. Some scenes ring true, others you wish were true, some you feel cannot possibly have happened. (The journalist gleefully reading out his knocking copy, already printed, to a delighted newsroom, being one such.) But it all looks wonderful. Let’s hear it for the image compositors, stitching together the visuals so we really feel as though we’re peeping into the Royal apartments and hovering over State banquets. They do good work.

On Netflix from November 17

Get alerts on Television when a new story is published 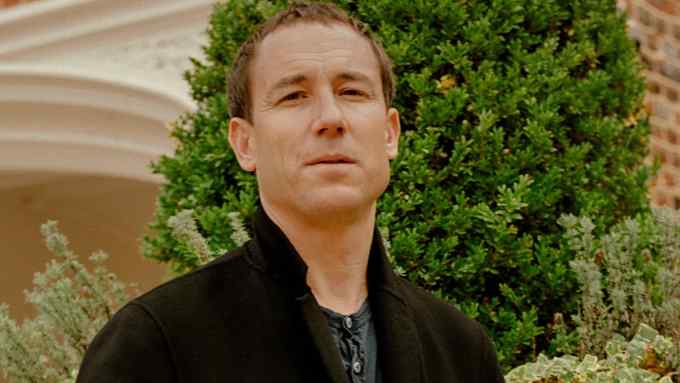