Two years ago, the small township of Mthatha in South Africa’s Eastern Cape province was the site of a communications breakthrough. An expectant mother had visited a midwife in a local community centre with concerns that she was too large to be only seven months pregnant.

Using a satellite link that had been established to highlight the need for better communications infrastructure, a paediatrician in a hospital in the city of East London, more than 200km away, was able to tell the expectant mother that she was going to have twins.

Also in the room that day was Kyle Whitehill, who recalls a euphoric atmosphere. “I was huggling people I’d never met,” he says. “It was extraordinary.”

At the time, Whitehill was chief executive of Africa’s Liquid Telecom and had high hopes that the event would demonstrate the need for infrastructure investment in a part of the country that lacks a fibre backbone for fast internet and mobile services.

Two years later, there has been little progress in delivering on the promise of that one successful call.

Whitehill, now running British satellite company Avanti, which beams all over Africa, says the economics of rolling out connections to the most rural parts of the continent presents a hefty challenge for the hopes of many in the telemedicine world. “If mobile can’t do it, then you have got a big problem. It is not going to happen based on terrestrial networks,” he says.

Data compiled by M-Lab, an open source project backed by Google and various universities, shows that Madagascar is the only African country with broadband speeds anywhere close to those available in Europe and Asia, as a submarine cable lands on the island.

Most other African nations rely on 3G and 4G signals, or long distance WiFi technology Wi-Max. Six of the 40 African countries included in the M-Lab data connect at average speeds of less than 1 Mbps compared with 54 Mbps in the UK.

One of the biggest selling points of 5G networks three years ago was the potential of the new wireless standard to revolutionise the world of medicine.

Ericsson, the Swedish telecoms equipment maker, collaborated with King’s College London to describe a world going well beyond the realm of remote diagnosis — as was seen in Mthatha — to one of robotic surgery where doctors could perform operations on patients in the next room or hundreds of miles away over 5G networks.

Diagnosis could also be enhanced with 3D CAT scans sent across the world for analysis in a way that is not possible over existing wireless networks. Ericsson and the university demonstrated a “haptic feedback glove” that, alongside a virtual reality headset, would allow a surgeon to operate on an external patient using robots.

Such technology cannot be delivered over connections of less than 1 Mbps.

Outside wealthy cities such as Johannesburg, Whitehill says many African governments are unlikely to spend the hundreds of millions of dollars needed to fill such gaps. using satellite services. “Connectivity is the right thing to do but if the mobile operators stop rolling out [to very rural areas] then it is hard yards as the economics don’t work,” he says.

Michele Mackenzie, analyst with the consultancy Analysys Mason, says that the vision of the medical and technology industries often runs ahead of what is deliverable over existing networks. “A few years ago, there was huge hype around telehealth solving everyone’s problems in the developed and developing world. It hasn’t happened,” she says.

Slow connection speeds and “not spots” — areas devoid of mobile coverage — are significant barriers for telehealth in the developing world. Regulation and problems transporting data over wireless networks designed for public use also pose problems. “Who is responsible if it goes wrong? Most operators will not want to go there,” Mackenzie says.

There is an added complication with the quality of the network and the device being used. If a doctor is trying to diagnose whether a blemish is a skin cancer, the image must be high-quality, she says.

Initiatives such as Project Loon, Google’s plan to beam high-speed internet signals to Africa’s “not spots” via hot air balloons, aim to fill in the gaps in connectivity that could solve many of the continent’s problems. Kenya recently approved a plan to allow the launch of the balloons to help combat the spread of coronavirus.

Satellite coverage across the continent can reach certain areas but would cost governments tens of millions of dollars. Alternatively, a new wireless technology called SpaceMobile promises to connect low-earth orbiting satellites to mobile phones rather than bespoke terminals. 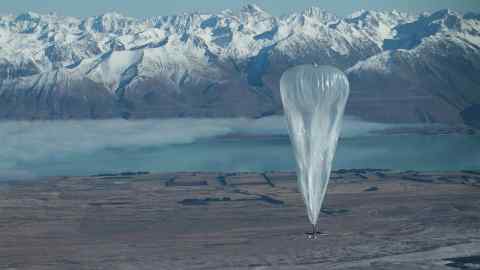 Abel Avellan, chairman and chief executive of AST & Science, which has raised $128m to develop the technology, says the satellite system could fill the gaps in existing mobile networks but have a deeper impact in remote areas. “It will also help the world’s most underserved communities to access the latest mobile services much sooner than predicted,” he says.

In some remote areas there are those who argue that existing 2G and 3G services can have a meaningful impact with the right backing and approach. Mezzanine Ware, a South African technology start-up, uses existing networks to provide mobile services tailored for sub-Saharan markets. Those include phone-based registration of caregivers and vaccination data, as well as tracking stocks of medical supplies. Other initiatives include the monitoring of population movements using basic location data, which are analysed alongside health data and used to combat the spread of diseases such as Ebola and malaria.

Another idea was inspired by the British television show Embarrassing Bodies. Vodafone Ghana launched a programme featuring doctors answering questions on screen that became a top three show in the west African country. Andrew Dunnett, head of Vodafone’s charitable foundation, says that the use of what developed nations now consider to be basic communications services — such as texting and money transfers — can have a profound effect in parts of Africa. M-Mama, a decade-old programme, uses M-Pesa, Vodafone’s basic mobile money transfer service, to fund bus tickets for the transport of fistula-suffering women in rural Tanzania to Dar es Salaam for treatment. It was expanded five years ago to pay for taxis to local hospitals.

Backed by $15m from USAID, the US development agency, the programme has helped more than 8,000 women in the rural lake zone of the east African country since 2015, and has been expanded to Lesotho and Ghana.

The contrast between the quasi-ambulance service using local taxis and the vision of the “smart ambulance” that was presented by British telecoms companies launching 5G services could not be starker. In that yet-to-be-fulfilled vision, the ambulances are equipped with video-conferencing services to connect to doctors in the hospital as well as 5G tablets and high-end imaging equipment.

Dunnett says that the existing infrastructure can make a huge difference. “The simpler the application, the more meaningful it can be in terms of lives saved.” 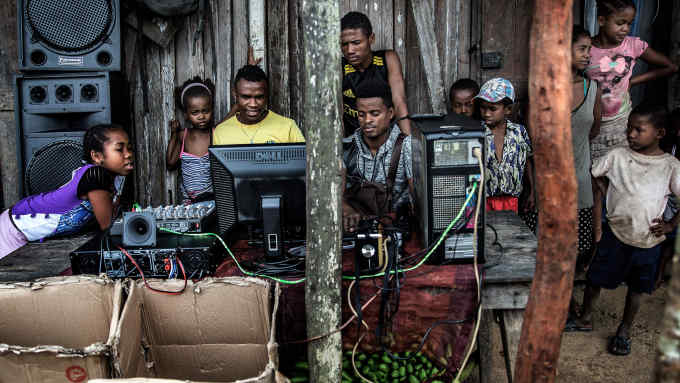