Watches & Wonders fair brings back the buzz for luxury brands

Exhibitors take their business straight to the biggest driver of the watch market: China

“Carson really took a bullet for the cause of fine watchmaking,” says a senior watch industry figure in a tone of awed respect.

“Carson” is Carson Chan, head of Greater China at the Fondation de la Haute Horlogerie (FHH), and the proverbial bullet he took was organising last month’s Watches & Wonders event in Shanghai. It was not so much the event itself that was the bullet, as enduring the 28 days of rigidly enforced quarantine on either side of Mr Chan’s trip from his Hong Kong base to Shanghai.

The last time the fair took place the world was a little different. Watches & Wonders spin-off events began in Hong Kong in 2013, then one of the most important markets for luxury watches. “When the region was hard hit in 2016 by a decrease in business and the Umbrella revolution [protests in Hong Kong], it was paused and rethought,” says an FHH spokesman.

While Covid-19 put a stop to other global watch fairs such as Baselworld, a relaxation of Chinese health restrictions allowed the organisers to restart the Watches & Wonders event and relocate it to mainland China. The move made sense: Richemont, the Swiss luxury goods group which is the main exhibitor of the event, reported a 49 per cent increase in sales in mainland China for the quarter to June while sales fell significantly across all other regions.

The European version of Watches & Wonders — the annual Geneva fair previously known as SIHH — was switched to an all-digital format in April for the first time.

However, the experience was certainly not the same. Meeting the experts, collectors and retailers in person, as well as being able to handle and try on the watches, reaffirmed Mr Chan’s faith in the multi-brand physical fair model. “Some things can’t be described — you have to feel the ambience and the energy; it’s so addictive. It was tough to sit through the 14 days of quarantine but that energy and that buzz it made it all worthwhile.”

Despite most being unable to travel to Shanghai because of the pandemic, several chief executives of the exhibiting brands swear by the value of the physical fair. “It’s an event where several strong maisons put their forces together, so we create a momentum and it’s a great platform to communicate about craftsmanship,” says Louis Ferla of Vacheron Constantin, adding: “We are stronger together.”

China has long driven the watch market. It was a growing Chinese economy that sheltered the industry from the worst of the global economic crisis more than a decade ago. In 2019, 34.7 per cent (just over SFr7.5bn, or $8.1bn) of Swiss watch exports went to the Far East, with the next largest market being the EU at 28.5 per cent (almost SFr6.2bn).

The figures do not account for those Chinese consumers who before the pandemic used to travel to countries where watches were considerably cheaper. For example, Bucherer capitalised on this market by opening a 2,200-square metre store in Paris where business hours were co-ordinated with morning flight arrival times from China, and staff were on hand to handle large tourist groups.

“China today is not particularly difficult,” says Cartier chief executive Cyrille Vigneron, describing the mood as “quite bullish, so the market is very, very vibrant”. “What is difficult in organising a [watch fair] there, is that basically none of the central team can travel.”

Watches & Jewellery
‘Made in China’ gains toehold as sign of quality 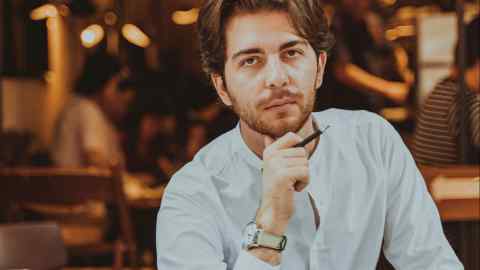 Plans for the remote operation of Watches & Wonders began in April in secret — the fair itself was not officially announced until late July.

The benefits of a physical fair in China were immediately apparent to Davide Traxler, chief executive of Parmigiani, one of only two non-Richemont brands to participate. “The Chinese domestic market is not immense for us, but the impact the Chinese consumers have on our sales is very important because our biggest clients were buying in Hong Kong and Switzerland. Obviously the Chinese aren’t travelling at the moment and are unlikely to for at least the next six to 12 months — and Hong Kong is obviously not at its most stable.”

Mr Traxler is anxious to find out whether consumers will resume travelling when the pandemic is over. “The risk is of a definite reshoring, as we saw with the Japanese consumer who in the 1980s was buying abroad and today is buying 95 per cent of their luxury at home,” he says.

In the past, it has been significantly cheaper for Chinese consumers to buy abroad but, according to Mr Vigneron, “what we see is that the Chinese government has been more proactive to reduce import duties to try to encourage retailing at the same price”. He believes the proportion of domestic sales will soon exceed those made overseas.

The overwhelming importance of the domestic market in mainland China is no doubt why Roger Dubuis chose to unveil its swaggering gem-smothered one-off double tourbillon Excalibur Superbia, while out of a total of 80 watches shown by Piaget in Shanghai, 25 were priced above €100,000.

The most expensive watch was a Piaget Polo Emperador Tourbillon Skeleton fully set with diamonds and sapphires for €1,750,000.

Piaget chief executive Chabi Nouri describes China as “the best place for pieces like that right now”. “For such watches, you need to see the piece in reality, you need to be able to engage with the people who have worked on it, you need to be talking to the maison; so that is why it was the best place to launch these pieces worldwide,” she says.

For Jaeger-LeCoultre the physical fair is more about “craftsmanship, knowhow and watchmaking education”, says chief executive Catherine Rénier. “From a social standpoint is a fantastic platform; it is a place where someone with an interest in watchmaking but maybe doesn’t know which door to push or how to go about it, can come and really discover the world of heritage and the craftsmanship.”

Ms Rénier, who talks of China as “a very educated” market, has extensive experience in East Asia, as does Vacheron Constantin’s Mr Ferla. “We want to ensure that we provide the same service in China that we do in New York, in Paris, in London,” he says, “and we have made a lot of investment: today we have 29 boutiques in China.” That is an increase of 50 per cent since Mr Ferla took over in 2017.

There is certainly an appetite for more events of this kind as the Chinese government continues to encourage domestic consumption. After Shanghai, Watches & Wonders moved to the resort city of Sanya on Hainan island, where it will remain until the end of the month to take advantage of the Golden week holiday. The annual eight-day holiday, which began on October 1, is the country’s busiest one for domestic tourism.

The event itself opened on September 29, but did not benefit from the presence of Mr Chan. He was still in quarantine in Hong Kong.