Big Tech searches for a way back into healthcare

Despite past failures, Google and other tech giants see great promise in the sector

Robert Wachter, a former member of Google’s healthcare advisory board, remembers when the company first set its sights on the healthcare industry more than a decade ago. “They said: We’re Google, we’ll solve it,” says Wachter, head of medicine at University of California, San Francisco.

At the time, Google was trying to create individual accounts where users could store their electronic medical records. So when then-chief executive Eric Schmidt later abandoned the effort with an admission that Google had underestimated the challenge, it came as a shock. “They conquer industry after industry, it doesn’t seem like this would be very different,” Wachter says. “But it is.”

The world’s leading tech companies have long viewed healthcare as an unexploited opportunity. But making a dent in a heavily regulated industry, where medical practitioners are resistant to upsetting ingrained procedures, has been hard.

Machine learning has provided a new opening. Tech companies are utilising their particular strengths to break into the sector, as well as capitalising on their scale to produce valuable insights from large amounts of data.

Apple has used data collected from wearers of its Watch for the most ambitious research study yet undertaken with “wearable” technology, tracking heart irregularities across a large population in real time. Google has drawn on both expert knowledge and extensive patient data to produce a specialist health search engine. And Microsoft, through its cloud computing platform Azure, has taken on expansive projects including one with pharmaceutical group Novartis that covers everything from manufacturing and finance operations to drug discovery.

Amazon, meanwhile, has dipped its toe into healthcare in different parts of its operations. These include working with two other large US employers, JPMorgan Chase and Berkshire Hathaway, to shape healthcare services for its own staff, delivering prescription drugs through its delivery network, and using its cloud computing arm to improve efficiency at healthcare organisations.

Eric Horvitz, chief scientist at Microsoft, says that to have more impact in healthcare, tech companies will have to fit their technology more closely into the working lives of medical practitioners.

“We’ve continued, as a tech sector, to typically underappreciate a bottleneck,” he says, which comes from trying to move “from computer science principles to the real world of clinical care”.

Tech companies, he adds, have often underestimated the day-to-day needs of healthcare professionals, failed to create services that are tailored to specific medical settings, and ignored the many “human factors” that have limited adoption of new technologies.

“There’s quite a mismatch between the [AI] research and its practical use,” adds Eliot Siegel, a professor at University of Maryland’s medical school. Most of the work in AI has focused on individual applications, such as using imaging recognition in radiology, he says. But these one-off applications do not fit easily into the way doctors practice and do not integrate well with the medical systems they use. “It’s very difficult to scale that to the information systems we have. There’s not really at this point a universal platform,” Siegel says.

Another issue has been a tendency to over promise and under deliver. The height of hubris came with IBM’s attempt to apply its Watson question-and-answer system to cure cancer. A language technology developed to answer questions on a TV game show was capable of absorbing large amounts of information from medical textbooks. But IBM could not combine that with individual patient records to make useful recommendations to doctors. “They made a bad mistake, coming out with marketing before a product,” says Wachter.

With its latest push into healthcare, Big Tech seems to have learnt from some of these failures. Along with what medical experts say is a new-found humility has come an effort to develop much greater expertise.

“They didn’t really take it seriously before,” says Eric Topol, a professor at Scripps Research, a US non-profit institution. “Now, each of these companies has chief medical officers, a big staff of physicians and clinicians. They realise it has to be different from what they have done in the past.”

The spread of digitalisation has helped. When Google first tried to break into healthcare most patient records were handwritten, now they are in digital form. Cloud computing, and the machine learning that is applied to the information these systems store and process, have provided the foundation for the wave of AI hitting healthcare. That has played to the strengths of the biggest tech companies, which can draw on vast reserves of data.

Venture capital investors claim that the openness of medical organisations to share their data has left room for start-ups — even more so since Covid-19 took hold. “The scale [of Big Tech] doesn’t necessarily directly correlate” with breakthroughs in healthcare, says Deena Shakir, a partner at Lux Capital, a venture capital group. “There are fascinating insights that have been extracted with small-scale companies,” she says. 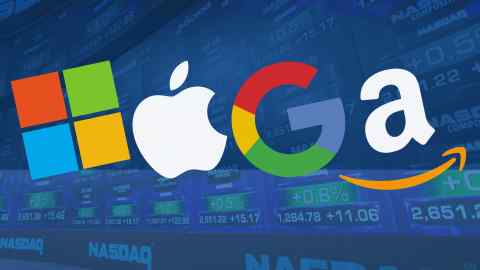 The first impacts of big data and machine learning on healthcare have come in operational areas, rather than in clinical settings. “AI and machine learning today have been focused heavily on the bottleneck issues, the back office issues,” says Taha Kass-Hout, chief medical officer at Amazon Web Services. Combining visual information about how the 41 operating theatres at Beth Israel Deaconess Medical Center in Boston are being used, together with data about patients and other information, the healthcare provider improved its operating efficiency by 30 per cent, Kass-Hout says.

Most medical experts see some gains on the horizon in using AI to support doctors. But the sort of treatment recommendations that IBM once believed it could make with Watson are widely thought to be a long way off.

“Diagnosis definitely can be improved by AI,” says Herbert Chase, a professor of biomedical informatics at Columbia University. “But the much larger space is treatment, where we’re going to need a sophisticated AI in our decision-making — and we’re nowhere near accomplishing that.” There are too many treatment options available, and subtle clues about patients that only experienced practitioners can identify, he adds.

As they push deeper into healthcare meanwhile, the leading tech companies face new hurdles. One is ensuring the powerful new capabilities of today’s big data and AI technologies work with the existing processes in the health system. The use of Apple’s Watch to monitor for heart problems in real time, for instance, could throw off more patient data than systems can handle.

“You will break the healthcare system — it wasn’t built for that massive amount of data flow,” says Wachter. The deluge of information will require new ways for doctors to deal with their patients, perhaps including new AI-driven recommendation engines, he adds. “You need this new layer to be built and no one’s built it yet.”

Big Tech also needs to show it can forge partnerships across the healthcare industry, while at the same time winning the trust of patients and satisfying regulators.

Google’s partnership last year with Ascension Health in the US highlights the risks. It involved Ascension handing all its patient data to Google. One goal was to create new services, such as a medical search engine, to support Ascension’s doctors. But a dearth of public information about the arrangements — and Ascension’s decision to proceed without notifying its patients — brought a public outcry and prompted regulators to investigate.

Even Google’s supporters in the healthcare world see it as a lesson in the risks if tech companies do not tread carefully. “There’s nothing fundamentally wrong about it, it’s fundamentally noble,” Wachter says of Google’s efforts to help Ascension make better use of its patient data. “But you have to understand the environment is highly charged — particularly if you’re Google.” 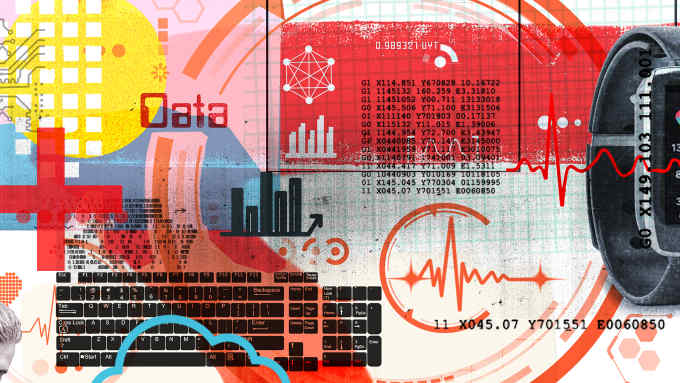