Defender on a mission: an electric Land Rover in aid of injured veterans

If you’d told Stuart Croxford in 2012 that the Land Rovers his British Army unit trained in would one day carry his name and his story, he probably wouldn’t have believed you. But the creation of the Ava Croxford Defender – an electric take on the four-wheel-drive classic to be sold in aid of the limbless veterans’ charity Blesma – is only the latest twist in the 36-year-old’s tale.

After joining the Duke of Lancaster’s Regiment as a platoon commander in 2007, Croxford was three months into his third tour in Afghanistan when an improvised explosive device detonated on the vehicle he was travelling in. The driver sustained severe internal injuries and both of Croxford’s feet were shattered. Two years later, his right leg was amputated; Croxford resolved to regain his independence by training for endurance events.

“I knew my military career was over, [along with] the thrill and adrenaline of operational tours that I’d experienced as an infantry officer,” he says. “I decided I’d do an Ironman [the long-distance triathlon] within two years.” Just two months after the amputation, Croxford was walking again with a prosthetic, and by month four he was participating in a course for ski instructors. In 2016, he completed the London Marathon, followed by a 110-mile cycling sportif in the French Alps, and, finally, his Ironman goal in Mallorca.

Now Croxford, who lives in Cornwall, has turned his attention to the landscape on his doorstep. In May he’s set to cycle 2,000km from Land’s End to John O’Groats – the longest distance between any two places on the British mainland – to raise money for Blesma, a UK-based charity that supports ex-servicemen and women who have lost use of their limbs. Croxford himself has benefited from the support of the organisation and was made a trustee last year. “They really want to push you to live an independent and fulfilling life,” he says. “They’re always there to check in, see how things are going and offer the support you require.”

A crowdfunder has been set up for the ride – but that’s not the only way to donate. When Norman Crowley, founder of electric car firm Ava, heard Croxford’s story, he offered a hand in preparing Croxford’s support vehicle. Ava specialises in creating electric versions of classic cars: recent models include the super-svelte Ferrari 308 (Paul Newman’s vehicle of choice) and an artist-designed AC Cobra. But between the need for a rugged, dependable vehicle (there are 35,000ft of climbing across the entire route) and Croxford’s military background, there could be only one option for the Land’s End to John O’Groats challenge: the Land Rover Defender.

Ava plans to make 10 Croxford Defenders in total, the first of which became available at the end of last month. Fifteen per cent of the proceeds of each sale – not an inconsiderable sum, given the electrified Defender’s £300,000 price tag – will go to Blesma. 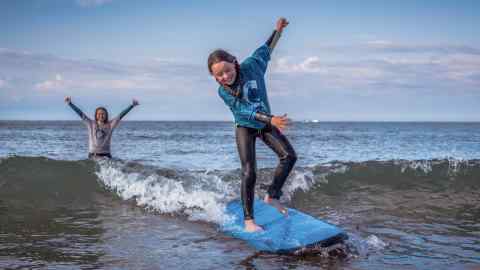 “The Croxford Defender has first and foremost been inspired by Stuart’s story,” says Ava creative director Colm Roche, “from the golden sand colour of the car itself through to the seatbelt colour being inspired by the belt of Stuart’s regiment.” The car also comes with custom bodywork, including a carbon-fibre bonnet and bespoke badging. Inside, there are Recaro sports seats and a dashboard plate signed by Croxford, while a speckled “starlight” roof lining alludes to the long nights he would spend in open-top Defenders while training in Canada. It’s not just built for comfort, though: the 100kWh battery has a range of 200 miles, and the vehicle will reach 60mph in 5.5 seconds. With no accommodation booked and a varying quality of roads and tracks to navigate, it’s the perfect back-up vehicle for Croxford’s undertaking.

Until then, Croxford will be hard at work; ThreeZero12, the outdoor health and fitness company he set up after leaving the army, leaves him with no shortage of training partners. “Doing these challenges keeps me fresh and focused,” he says. “Not just on myself – but on being able to support other people in achieving their goals.” Just as it has inspired Ava, then, Croxford’s story continues to prove a powerful motivator for racers and ex-veterans alike. 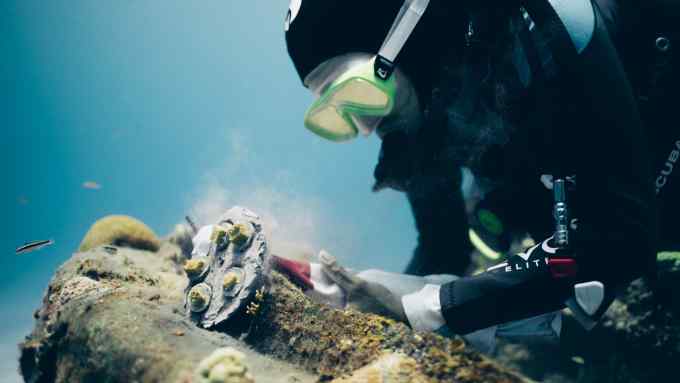