Calls for children’s books to be affordable like generic medicines

Two decades after South African activists tackled the global pharmaceutical industry and their own government for limiting access to medicines, the country’s educators are waging a similar battle to improve its standards of learning.

Just as patents on life-saving antiretroviral medicines restricted treatment for South Africa’s rising number of HIV patients, so copyright protections on high-quality children’s books present a barrier to improving literacy in the next generation, according to Nic Spaull, associate professor of economics at Stellenbosch University.

Like good but cheap off-patent generic medicines, “we need ‘generic books’ that de-link cost from quality”, Spaull argues. “The Gruffalo and Winnie-the-Pooh have great stories, narratives and illustrations that make them compelling. Kids love them but are blocked by the cost.”

The gaps in book provision raise wider questions about the distinctions between health and education. Both contribute to the human capital essential for development, but while substantial attention and funding have led to improved healthcare provision in many lower-income countries in recent years, progress in schools has been more limited.

One reason is the debate about the most effective interventions in schools, as well as the far longer period required to measure and to tease out the factors responsible for success than is needed to find out whether a drug can target a disease.

Spaull wants international publishers to waive fees to make their books affordable to distribute in low-income regions. He believes translations into the local languages of countries or peoples with little purchasing power would not threaten their business models but would help boost reading levels.

Terry Morris, managing director of Pan Macmillan South Africa, which publishes The Gruffalo, agrees that affordability and access to books are important to improve literacy. But she adds: “I don’t think the solution is to bring in rights-free imported content from international publishers that still requires translation. It undermines the local industry and ignores the importance of local content that takes into account cultural sensitivities and heritage.”

Spaull is planning “strategic litigation” with the aim of pushing the South African government to step up its funding and fulfil its constitutional commitment to guarantee all citizens the right to a basic education. For the past decade, he has been studying ways to tackle the country’s poor levels of basic literacy and numeracy in primary schools. He has found scant useful resources in several local languages, including Sepedi and isiXhosa.

In response, Spaull founded the charity Funda Wande. The organisation aims to ensure that by 2030 all South African children learn to “read for meaning and calculate with confidence” by age 10. It wants to give them improved foundational skills in basic literacy and numeracy on which they can build to acquire more sophisticated skills and progress through secondary school and beyond.

At the programme’s core are downloadable materials that are open commons, or free to use, including readers, flashcards and workbooks produced by literacy consultants and funded by philanthropists. These are supplemented by resources for teachers, such as lesson guidelines, and support from a network of mentors and assistants.

“The standards of some stuff on the internet are low,” Spaull says, as are “official books in black and white”. He is frustrated by the choice of materials that governments purchase from local publishers, and that governments are often more willing to spend larger sums on items such as laptops and teacher salaries, “which crowd out non-teacher inputs like textbooks”.

Interim assessments of Funda Wande’s work before the pandemic suggested children had gained the equivalent of between a quarter and half a year of extra learning. An evaluation by Harvard University’s Graduate School of Education called the programme “inspiring”, while highlighting room for improvement, such as in approaches to foster oral fluency.

“There has been a great change for my children in the past two years,” says Nonzwakazi Msindo, a primary school teacher in Dimbaza in Eastern Cape province. “It was difficult for almost every child in my class to progress to the next grade with confidence, and we didn’t even have books for children. Now we have them in a colourful format that children can take home and parents can help them read.”

One barrier had been that with limited and expensive books in the classroom, teachers were often reluctant to distribute them to children, let alone allow them to be taken home, where they might be damaged. By making reading materials cheap and widely available, Funda Wande has allowed pupils to take their books outside the school. A bigger snag was that books were sometimes too thick for younger children to handle, so they are now being produced in more manageable smaller volumes.

“High-quality materials are absolutely necessary and we don’t have enough of them,” says Nompumelelo Mohohlwane from the department of basic education. She cautions that among different approaches, including that of Funda Wande, “each organisation will say theirs is the best but not enough is being done to assess solutions at scale”. She argues that a higher ratio of schools for each mentor the charity provides could achieve broader improvements at lower cost.

Nangamso Mtsatse, Funda Wande’s chief executive, agrees that more resources are needed. Just as with the country’s health activists, “the next phase will focus on lobbying and advocacy to ensure literacy and numeracy remain high on the political agenda”.

Explore the Special Report
READ MOREInvesting in Education
Education: around the world in charts 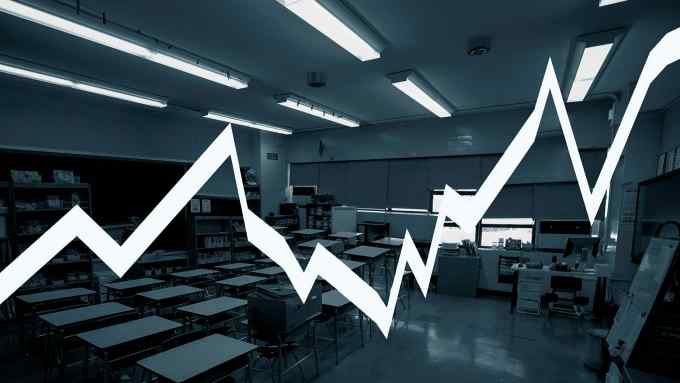