After starting to stockpile uranium, Sprott has expanded into equity, buying URNM, and joining Global X by launching an ETF in Europe

The launch of the first two European-listed uranium exchange traded funds, coming hot on the heels of a $1bn US uranium ETF acquisition, are the latest indicators of what has been a flurry of fund activity in nuclear fuel investment.

But despite the huge speculative interest, especially from investors in an investment trust that is less than a year old, industry observers warn there are no guarantees that last year’s strong performance will be repeated — even with a looming European energy crisis sparked by the Ukraine war.

The speculative activity has been led by Sprott Asset Management, which gained notoriety last year after its Sprott Physical Uranium Trust (SPUT), which launched in July, began stockpiling so much uranium that there were fears it could corner the market and choke off supplies to power stations.

“In every commodity market you have end users and you have speculators,” said Sprott AM chief executive John Ciampaglia, adding that SPUT’s assets under management were $600mn when the Trust launched and were now around $3bn. “We don’t sell any of it. It is a stockpiling fund.”

Sprott is also the latest to come to market in Europe with the launch on Thursday, via white-label ETF provider HANetf, of a Ucits version of the fund bearing the same ticker on the London Stock Exchange.

“It struck us that having a companion fund invested in the equity of the uranium sector made sense,” said Ciampaglia. Both the US and Ucits versions of URNM invest largely in the equity of companies in the sector, although the third-largest security in the index is SPUT, accounting for 11.4 per cent of fund assets.

URNM’s launch follows the debut last week of the Global X Uranium Ucits ETF (URNU), on the LSE and Deutsche Börse Xetra. While the provider’s US-listed Global X Uranium ETF (URA) has a nearly 7 per cent exposure to the Sprott Uranium Trust, the Ucits version has no exposure to physical uranium assets at all.

The launches in Europe follow the stellar performance last year of US-listed URA and URNM. Global X’s URA added nearly $1bn in assets under management in 2021 and delivered returns of more than 58 per cent, according to data from TrackInsight. The ETF has already attracted $675mn of inflows so far this year, TrackInsight data to April 22 show. URNM’s returns last year, when it was still owned by North Shore, were an even more eye-catching 79 per cent.

The question is whether investors can expect that sort of performance to continue.

“The recent geopolitical unrest in Ukraine has highlighted the undesirable dependence of many countries on Russian gas,” said Kenneth Lamont, senior fund analyst for passive strategies at Morningstar.

There were “sound reasons to invest in nuclear over longer periods of time” he said, but added: “Much of flow into these funds is likely to be speculative and may be withdrawn if and when enthusiasm cools.”

Todd Rosenbluth, head of research at ETF Trends, also sounded a note of caution. “Demand for uranium ETFs globally has been boosted in part by the strong performance,” he said, adding “as with any narrowly focused ETF, recent performance could be fleeting.”

For ETF investors there appear to be several factors to consider. Nuclear power generation may not emit greenhouse gases but it does produce highly toxic waste that requires safe disposal and can pose radiation risks. Radiation leaks such as from Chernobyl in the 1980s and Fukushima in 2011 can rapidly cool enthusiasm for nuclear energy.

Nonetheless, as Lamont noted, nuclear has been accepted by many as a necessary element of the global decarbonisation process and an important part of the global energy mix for the foreseeable future, as seen by its addition to the EU’s Green Taxonomy.

And then there is also the possibility of profiting from the short-term speculative interest.

Ciampaglia argued that the approximately 440 nuclear power stations globally use about 180mn pounds of uranium a year. However there is a production deficit, due to a fall in price a few years ago, which means that only about 130mn pounds is being mined annually. The jump in the uranium price last year has prompted some miners to move to reopen mothballed mines.

“I would argue that what the Trust is doing is helping the spot market become much more liquid and helping with price discovery,” Ciampaglia said. 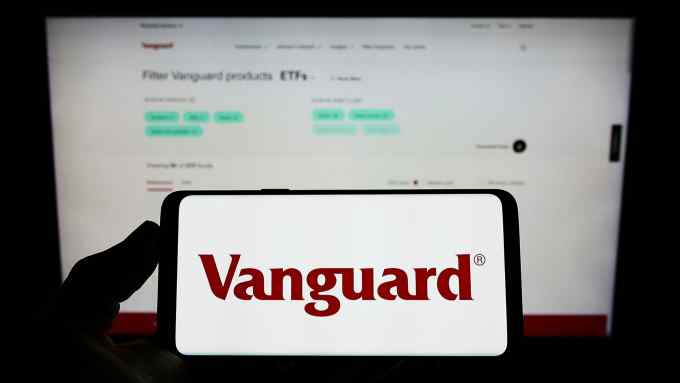