It is nearly planting season in much of the American South and Midwest.

But, instead of sowing seed, many black farmers say they are scrambling to get funding to buy the necessary equipment as prices rise and the federal aid that is meant to help them remains tied up in lawsuits.

“There’s going to be a lot of crunch decisions,” says John Boyd Jr, who owns a farm in Virginia and serves as the president of the National Association of Black Farmers. “There’s the hot price of diesel fuel, the [supply chain] issues with chemicals for farming, some seed shortages.”

Delays will prove costly, he warns. “The people who are able to purchase those goods earlier are going to be able to move forward with their crops and, by the grace of God, to get some rain and grow. But those of us that don’t are going to be here scrambling, and it doesn’t seem like there’s enough assistance from USDA [US Department of Agriculture] to make sure that black and other farmers of colour get their due.”

Disadvantaged farmers were set to receive $4bn in debt forgiveness through Joe Biden’s $1.9tn Covid relief package — the so-called American Rescue Plan — which became law last March. The aim was to rectify decades of unfair treatment by the USDA.

But class-action lawsuits, including one led by Texas’s agriculture commissioner Sid Miller, have tied up the funds by claiming that the programme discriminates against white farmers. Now some farmers who had already been approved for loan forgiveness are struggling to fund their next crops while others are facing foreclosure.

“Black landowners and farmers and ranchers are trying to keep what they have,” says Igalious Mills, a third-generation farmer in Texas. “They’re not asking for any handouts.” In any case, he adds, there are limits to what can be achieved. “If we start trying to calculate the amount of damage that has been done to the black farmer from time of slavery, there’s not enough money in America to compensate for that.”

Black farmers accounted for nearly 15 per cent of food production in the US in 1920, but that figure slipped to just 1.4 per cent in 2017, according to the USDA. It reports that there are just under 49,000 black farmers left — down from nearly 1mn in 1920. Discriminatory policies at the USDA and black Americans’ well-documented struggles to get private business loans have put thousands out of business, historians say.

Some would-be farmers have swum against the tide. Demarkius Medley works full-time at a utility company in Galesburg, Illinois, but decided to launch an urban farm with his brothers in 2017 after developing an interest in agriculture. Medley and his son now grow industrial hemp, used to make CBD products, on their four-acre plot.

Medley has applied for grants from various government assistance schemes, with mixed results. Once, he discovered from one programme’s rejection letter that an agency’s staffer had inspected and photographed his property without notifying him.

He was, however, approved for $50,000 of loan forgiveness through the American Rescue Plan, and received a congratulatory letter and phone call last summer. Medley still has no idea when or if he will get the funds.

“It would have completely turned us around, not having to [make] that payment,” Medley said. “I could actually grow my business instead of just treading water.”

He is trying to be philosophical about the setback. “This isn’t the first time the government promised black farmers stuff and it’s fallen through the cracks, and so I just take it in my stride,” he says — referencing both an unfulfilled pledge to give 40 acres and a mule to freed slaves, and a 1933 law that was supposed to compensate tenant farmers for mandated cuts in cotton production. “I’ve done it myself this long, so I try not to depend on the government to bail me out.”

The federal funding is not the only support black farmers say disappeared last year. “[Corporate agriculture] gets an F,” Boyd says, of the diversity pledges made by the farming industry after George Floyd’s murder. He also claims that President Biden told him personally, in July, that the White House would schedule a meeting to discuss the challenges facing black farmers — but has yet to schedule it.

The White House did not respond to a request for comment.

Still, some farmers remain hopeful, thanks in part to grassroots support. In Seattle and Chicago, for example, groups of food activists set up co-operatives to offer financial help to black farmers during the pandemic. Initially, the groups were also a hedge against fears that the promised federal aid dollars would be focused on southern states — now they are taking the place of government help, amid the legal delays.

The co-operatives say they are leasing land and purchasing supplies to expand access to farming, all the while supplying food to black-owned restaurants in their communities.

Mills, who produces timber and hay in addition to raising cattle, says that independent farmers will do their best to cobble together the capital they need for this planting season.

“You had a lot of people in this already close to losing their property, and this could have just pushed them over the cliff,” he says. “We’re just trying to add to America’s bottom line.” 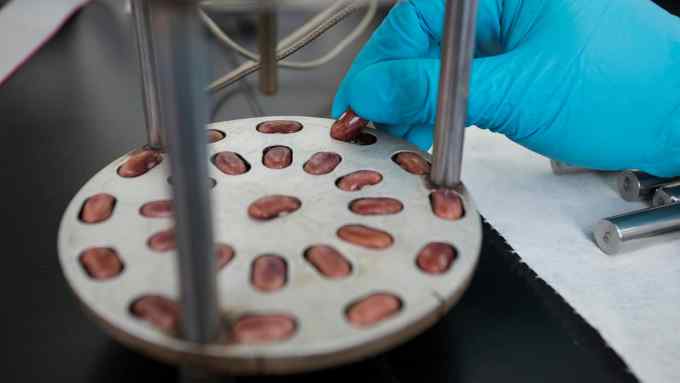