We’ll send you a myFT Daily Digest email rounding up the latest Science news every morning.

In 1987, Belgian botanist Daniel Debouck and his colleagues were foraging for wild beans on the outskirts of Cartago, a town in Costa Rica, when they came across a new variety. Debouck collected samples and took them to Colombia, where he stored them in a seed bank.

Within a few years, the land around Cartago was bulldozed for urban development and Debouck’s beans were wiped out. But, thanks to his samples, some of the variety survived — tucked away in Colombian cold storage. And, many years later, this bean variety came into its own.

Scientists found that it was resistant to white mould, a fungus that, as Debouck explains, “turns your entire bean crop into green water and leaves you with absolutely nothing to harvest”. Geneticists in Colombia then sent material from the bean to the US, where it was used to produce a new, resistant variety. In 2013 — a quarter of a century after the Cartago discovery — the new bean was released to farmers for general use.

This story illustrates the importance of gene banks. Had it not been for Debouck’s foresight — and the storage facilities at Palmira, in south-west Colombia — the genetic properties of the Costa Rican bean would have been lost forever.

“The job of the gene bank is to ensure that we preserve diversity and have it documented,” Debouck tells the Financial Times, during a tour of a new $17.2mn state of the art gene bank facility that will be officially inaugurated at Palmira this month.

“It’s a tool against extinction — not just biological extinction but, also, the extinction of knowledge.”

The facility at Palmira is one of 11 gene banks around the world overseen by CGIAR, a global research partnership that promotes food security.

Each site specialises in particular crops. The bank in Peru, for example, stores potatoes. In the Philippines, it is rice. The “mother ship” — which, though not run by CGIAR, contains duplicates of all its seeds — is a gene bank built below the frozen mountains of the Svalbard archipelago in Norway, close to the Arctic Circle. There, more than 1mn samples are stored indefinitely, to safeguard the agricultural diversity of the planet.

The Palmira site — which is managed by CGIAR affiliates Bioversity International and the International Center for Tropical Agriculture — is responsible for storing beans, cassava and forages (the plants eaten by livestock). It is a treasure trove of biodiversity, housing 38,000 different types of bean, 6,000 varieties of cassava, and 23,000 tropical forages.

Researchers have used the collection for traditional crossbreeding, producing supercharged biofortified beans and cassava that are richer in zinc, iron and vitamins than standard varieties.

Many of these crossbreeds have been exported free of charge to Africa and parts of Latin America, where they have brought tangible health benefits. Vitamin A-rich cassava, for example, helps improve eyesight and can combat diarrhoea, a leading cause of death among young children.

More recently, geneticists at Palmira have started mapping the genomes of all 67,000 plant varieties housed there. So far, they have mapped only 7,000 but technological advances mean they expect to complete the remaining 60,000 within just five years — vastly improving our knowledge of these crops.

“The mapping of the human genome took around 20 years to complete and cost more than $2bn,” says Mónica Carvajal, a digital gene bank scientist at Palmira. “Nowadays, with the technology we have, we can do the same thing in one day and it costs less than a mobile phone.”

FAO estimates that over the past century, 75 per cent of global crop diversity has been lost

Once the genomes are mapped, scientists can use gene-editing to develop plants that have higher yields, are more nutritional, contain fewer toxins and are more resilient to climate change.

In his laboratory at Palmira, geneticist Paul Chavarriaga points to two potted rice plants that look identical. “This one has been gene-edited and this one hasn’t,” he says. “In the gene-edited plant, we switch a gene off so that the plant absorbs less of the heavy metals like cadmium and arsenic that occur naturally in soil.”

As scientists at the world’s gene banks look to the future, they are also starting to use artificial intelligence to pinpoint as-yet-unexplored biodiversity hotspots around the world that might yield new varieties of plants.

They are working on cryopreservation projects, as well, that could allow them to store genetic material at temperatures as low as -200C.

And they are tackling the challenge of climate change. Whereas in the past, their focus was on producing high-yield or pest-resistant crops, these days they are striving to develop varieties that can tolerate heat, drought and flooding.

Despite their successes, gene bankers acknowledge that they are in a race against time to preserve as many varieties of crops as they can.

The UN Food and Agriculture Organization estimates that, over the past century, 75 per cent of global crop diversity has been lost as farmers switch to genetically uniform high-yielding varieties. Most of the world’s food comes from just a handful of plant and animal species, but monocultures are vulnerable to pests and diseases, and can degrade soil and reduce biodiversity.

“We should think not only about preserving species but about preserving diversity within species,” says Debouck, who has seen thousands of plant varieties disappear during his long career as a botanist. “The best insurance against disaster over the past 8,000 years of farming has always been variation.” 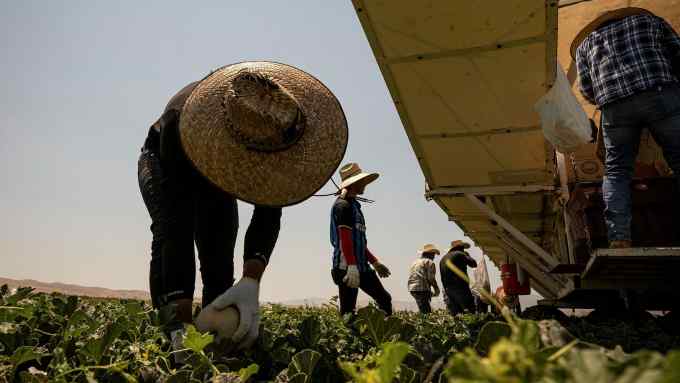