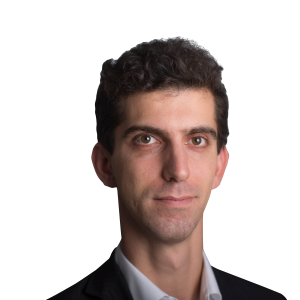 Did you hear? Jacob Rees-Mogg is “in line for a huge personal windfall when Britain exits the single market”?

Rees-Mogg in line for a huge personal windfall when Britain exits the single market. His firm Somerset Capital has 9.6 billion dollars under management according to its website. Banking on Brexit! https://t.co/ZyjxahRBXy via @LondonEconomic

As does LBC presenter James O’Brien:

Jacob Rees-Mogg is in line for a huge personal windfall when Britain exits the single market https://t.co/AiSTRSmlI6 via @LondonEconomic

And so do a whole bunch of other people on Twitter.

What a scoop, right? The Conservative man of the hour is pro-Brexit because it’s going to fill his pockets.

Despite all the downbeat economic assessments of Brexit dominating the news, apparently big profits are there to be made. So let’s check out the evidence for this revelation.

The story is written by Jack Peat for a website called The London Economic, which is owned by Peat and Joe Mellor.

This is what they’ve got:

The political motives for an exit from the single market were laid bare today after it was revealed that a prominent Brexiteer is also a major shareholder of an emerging markets investment firm.

Wow. Peat has discovered Rees-Mogg is a major shareholder of a company he founded in 2007. Where could he have dug up this stunning information?

Jacob Rees-Mogg is a long-term backer of investment management firm Somerset Capital, which has “9.6 billion dollars” under management according to its website.

The website… if only countless journalists had got there first.

The Leading Brexiteer [capital L, capital B] recently ridiculed the idea of the UK staying in the single market and customs union after Brexit, joining other Eurosceptics calling for a “clean” separation with the EU so the UK has the freedom to strike new trade deals.

Moves to create barriers to trade with the EU would force UK companies to strike up deals elsewhere, directly profiting companies backing the emerging markets.

Rees-Mogg has a shareholding in Somerset Capital. (He doesn’t make investment decisions.)

UK companies will do more business in emerging markets after Brexit.

Rees-Mogg gets a yacht.