The 45-year-old entrepreneur talks about inheritance tax, unusual demands and how he spends his own fortune

For life insurance billionaire Calvin Lo, business is personal. Often, very personal. His Hong-Kong-based broking company, RE Lee International, specialises in insuring the lives of the rich and super-rich for anything up to $500m. Each deal is tailored to the individual and their family.

In an FT interview, the 45-year-old tycoon says the death of a founding entrepreneur often leaves the heirs with plenty of valuable assets: a privately owned operating company, for example, or prime properties around the world. But, often, there is surprisingly little cash. “The wealthier you are, the less liquidity you have,” he says.

Having taken control of a wealth-oriented business in the past few years, Lo knows a lot about rich people: RE Lee’s main clientele are “the top 50 families” in any market. With historical roots in the US, the company has a core business in east Asia and growing activities in the Middle East and Europe.

Lo explains that a life policy is a useful way to provide money to settle bills that arise when the head of a rich family dies, such as inheritance tax, or cash for junior heirs who perhaps will now be excluded from the family business.

Some clients have more unusual demands. Lo tells of one case involving a mature Chinese businessman — “Let’s call him Mr Chen” — who negotiates a policy and comes to Lo’s office to sign it. He arrives in the company of a young woman, whom Lo hasn’t seen before, followed soon afterwards by a “disgruntled-looking” Mrs Chen. The documents are duly signed. Mr Chen and the young woman leave. As Lo recounts, Mrs Chen then explains: “She is his girlfriend. His mistress. The insurance is for the girl, and in return this girl will have nothing to do with the family business.” 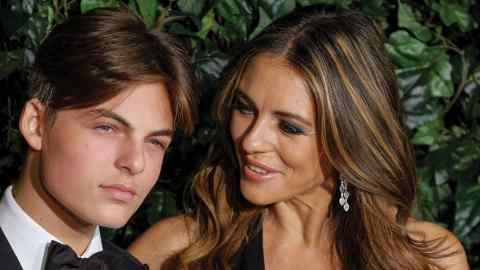 Lo smiles and says: “I am not here to judge anybody’s morals . . . we offer solutions to people’s problems.”

In another case, a family-run company is owned by two ageing brothers. They know their families would struggle to co-operate in running the business after their death, says Lo, so they arrange for the company to buy life insurance policies for each of them. Under these arrangements, when one brother dies, control of the business passes to the surviving brother and his heirs; the deceased brother’s family receives the insurance payout. “Everything was clear,” Lo says.

With about 80 staff, RE Lee brokers policies that generate some $1bn a year in premiums. Last year, the pandemic triggered a surge in business that has extended well into 2021. “Because of Covid, those who had thought of doing some insurance at some time were calling up and saying, ‘Can we proceed with the proposal now. Now!’ ” says Lo. “Every time some disaster strikes, our business seems to do all right.”

Every time some disaster strikes, our business seems to do all right

He is speaking via video link from his mansion in The Peak, an exclusive neighbourhood of Hong Kong. Heavy gold and brown curtains hang behind the leather-backed chair in which he sits, neatly dressed in a dark suit with a tie and pocket square. Lo is clearly not one of those business people who have allowed themselves to go casual during the pandemic. He looks ready to meet his top client or sign his next deal.

Business associates speak of Lo’s demanding work ethic and he admits he clocked up 200 days a year of business travel before the pandemic. “There was certainly no time for a personal life. Now, with Covid, I can take my daughter to school and pick her up every day,” he says. Lo is single — his wife, from whom he was divorced, died last year.

Relaxed or not, he enjoys the trappings of wealth, with upmarket homes in London, New York, Vancouver and Singapore, in addition to Hong Kong. For transport, there are three Rolls-Royces, two Bentleys and a private jet. Lo also owns a world-class collection of champagne — he confirms he once invested $230m in a single batch. His favourite, he says, is vintage Louis Roederer Cristal 1966.

A passion for fine wine is matched by an enthusiasm for motor racing. A fan of Formula One for nearly two decades, Lo last year established financial ties to the Williams F1 team. “I just believe that for any boys and men, cars are a big thing,” he says.

RE Lee was founded by Robert Earl Lee, a US insurance entrepreneur and a decorated veteran of the Korean war, who started the business in Seattle in 1954 and turned it into one of the largest wholesale insurance brokers in North America. Lee developed business links with Lo’s mother, Regina Lee (no relation) and eventually, with her involvement, established the company’s first foreign operation, in Hong Kong in 1979. The Asian venture grew rapidly and spread its reach around the region — and beyond, into Europe.

As Robert Lee grew older, the Lo family gradually bought out his controlling stake and acquired a 100 per cent interest, which Regina Lee has recently passed to Lo, her only child. Her husband Francis Lo, Calvin’s father, is an entrepreneur in his own right. After Robert Lee died in 2015, the company moved its headquarters from Seattle to Hong Kong. Regina Lee remains chair, with Calvin Lo as chief executive.

Lo’s upbringing was international: born in Vancouver, he moved to Hong Kong with his parents as a one-year-old, before returning to North America at the age of eight for boarding school and university in Canada and the US, finishing at Harvard Business School.

At the age of 18 or 20, Lo wanted to be an investment banker, “like many people”, and had no thought of insurance, he says. But, after working in banking in Boston and New York, and some encouraging conversations with Robert Lee, he became fascinated by insurance, joined RE Lee in 1999 and climbed the corporate ladder.

Lo says he is sometimes approached by potential investors wanting to buy the business and by investment bankers suggesting a stock market flotation. But he has no such plans, he says. “We would like to keep things closely knit because we believe in personal relationships and the flexibility of such relationships,” he adds.

Lo denies there has been any impact on RE Lee from recent political upheavals between Hong Kong and mainland China, where the Communist party has been tightening its grip on the territory. “We don’t see any difference in the last three years through what’s happened in politics,” he says, giving the diplomatic answer of a man firmly focused on business.

As well as Hong Kong and Seattle, RE Lee has operations in Shanghai, Singapore, Dubai and Zurich. Lo says that plans to open in London were delayed by Covid but will go ahead next year.

RE Lee works with big life insurance companies, including Manulife, Prudential and Canada-based Sun Life. Competitors are largely other broking companies, but Lo says RE Lee’s experience gives it an advantage because “it’s not every company that has a history of family connections in this market”. 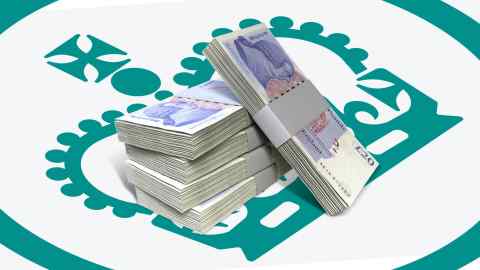 Lo says that, when he started, the clients’ average age when buying a policy was 60. But, with the recent surge in entrepreneurial success in Asia, it has fallen to 43-45, including clients in their thirties. Many older first-generation entrepreneurs remain reluctant to consider life insurance until very late. Lo says: “The wealthier they are, the more they think they are truly immortal. They come into my office limping or bringing a walking stick but they say they are in perfect health.” RE Lee offers different financing options: the premium can be paid up front; or, at a higher cost, in instalments, say over 10 or 20 years; or with a bank loan, secured by the policy.

When he is not focused on RE Lee, Lo is developing his other business interests, including property: in 2019, he bought the Mandarin Oriental luxury hotel in Taipei, Taiwan, for a reported $1.24bn. RE Lee declines to comment on this deal but says Lo “is constantly looking for opportunities”.

Lo makes time for philanthropy, too, building a fund he established in 2001 into a $250m foundation focused on children, the environment and animal welfare. He says it is important for donors not to assume they know best and instead to listen to the potential recipients.

The wealthier [some older entrepreneurs] are, the more they think they are truly immortal

He recounts how he organised a large donation of electronic games for an orphanage only to discover on a visit that the gifts had been stacked away unused. The director explained that the children did not want such toys but simple things such as pencils and rulers. “I realised I was stupid not to ask, ‘What do you need?’ We should not think we are so smart,” Lo says.

Then, there is Lo’s fascination with F1. Williams Racing announced in August 2020 that the founding Williams family had sold the business to a US investment management company, Dorilton Capital, for $180m, prompting rumours that Lo was the ultimate investor.

Lo confirms he is a client of Dorilton through RE Lee Octagon, his private investment company. He says Dorilton invests money on his behalf, though he will not reveal whether the Williams investment is his, saying he has a non-disclosure agreement. But he adds: “We are working very closely with the company which controls the investment, Dorilton Capital.”

It is as far as he will go in discussing the details. But Lo leaves no room for doubt about his commitment to motor racing. “Williams is a hidden gem . . . and there are also other hidden gems in Formula One,” he says.