Downloading and emailing a photo from WhatsApp should be an easy task. But, when a customer sent pictures of a project to a branch of builders’ merchant Travis Perkins, six staff members were still struggling to transfer the file from the social media app two hours later.

“In the end, they waited for a 22-year-old colleague,” recalls Andy Rayner, head of apprenticeships and early careers at the company. “That’s six people and two hours of labour time . . . it comes down to taking longer to do things which could be done quicker and more efficiently.”

Technology may promise to improve the efficiency of work processes, but the experience of Travis Perkins shows that skill shortages of all kinds are causing problems for businesses, workers, and the economy.

“The transformation of work is happening and accelerating really fast,” says Anna Thomas, co-founder of the Institute for the Future of Work, a research organisation. “The global workforce is under constant pressure to upskill and reskill . . . there’s a broad consensus that employers need people with higher skill levels.”

Rapidly evolving jobs in sectors such as technology and green industries, along with the advent of automation, mean the skills needed in the workforce have changed. At the same time, falling immigration in the UK — caused in part by the Covid-19 pandemic — and the so-called Great Resignation, often of older people leaving the workforce, have contributed to a tight labour market.

But, sometimes, as Travis Perkins discovered, it is day-to-day shortfalls in knowhow that sap companies’ efficiency.

According to FutureDotNow, an industry coalition, some 11.8mn workers in the UK lack essential digital skills. This “hidden middle” may struggle to update online privacy settings, access salary or expenses information, or use collaborative digital tools such as Google Docs. This slows them down at work, having a knock-on effect on the whole company.

The gaps are not just in digital proficiency. In England alone, 9mn working-age adults have low basic skills in either literacy or numeracy, and 5mn struggle in both.

The Learning and Work Institute, a think-tank, says that upskilling these individuals would pay for itself many times over, with every £1 invested in basic skills generating a social return of £17. It cites government-commissioned research showing that the employment rate for recipients of basic learning increases by seven percentage points.

However, England’s adult education budget has fallen sharply over the past 10 years. A recent briefing note from the Institute for Fiscal Studies think-tank put the decline in spending on classroom-based provision at about 50 per cent.

Meanwhile, employers also complain of a lack of soft skills — communication and leadership, for example — that can be applied to a wide range of jobs and help individuals to learn throughout their lives.

In a report last year, the OECD called for a culture of life-long learning that would rest in part on the ability of people to “learn how to learn” and engage their “human capacity for creativity”.

The organisation’s analysis of online job vacancy data showed that transversal skills — such as communication, teamwork and organisation — were among those most frequently demanded by employers. Many cognitive skills — including analytical, problem-solving and digital abilities — also fell into this category.

This is not to say that specialist, technical expertise is not also badly needed. In the UK, figures from the Office for National Statistics based on online job adverts showed that the number of job vacancies rose to a record 1.3mn in March-May 2022 — an increase of 500,000 compared with before the coronavirus pandemic. The biggest rise in vacancies was in professional, scientific and technical sectors, where they are up more than 80 per cent, and in accommodation and food services, where vacancies have more than doubled.

Skills shortages are hampering efforts to solve the biggest problems of our time. Campaign group WorldSkills has reported that one in five UK employers that require green skills anticipate shortfalls in their organisation.

Of those green skills in short supply, more than half are related to science and technology, including expertise in retrofitting equipment or low-carbon transport. But employers say skills in innovative thinking or managing change are also missing.

“Employers report a growing demand for green skills and young people want careers that will help the planet,” says Neil Bentley-Gockmann, WorldSkills UK chief executive. “We need to make it easier to be green by tapping into that latent potential.”

Stephen Evans, director of the Learning and Work Institute, says demand for specialist expertise underlines the value of transferable skills. Ten years ago, many of the roles that now require high-level computer coding skills, for example, did not exist.

“There’s a view that we can predict what the future’s going to hold and [we] think we can give people those skills, but the reality is we don’t know,” Evans says. “We need to encourage flexibility and adaptability for those known unknowns.”

Some experts, however, warn against viewing transferable skills as a magic bullet.

“There’s a lot of noise,” says Nicholas Piachaud, head of advocacy at the Varkey Foundation, an educational charity. “These all sound great, but what do they actually mean? More work needs to be done in talking to major employers and finding out what skills they actually need.”

He also warns that “learning how to learn” is something that needs to be universally taught — whereas, currently, it is graduates who tend to be most adept at such transferable skills, giving them a leg-up in the labour market.

“They’re going to . . . keep getting ahead, keep competing,” Piachaud says. “Those who don’t have a degree are likely to be even further left behind.”

With the need to upskill and reskill now an inevitable part of people’s working lives, Rayner is encouraging older staff at Travis Perkins to learn from younger colleagues — who themselves appear to value learning more than ever before.

Linda Cai, global head of learning and development at LinkedIn, the recruitment platform, says its research indicates that people from Generation Z — those born between the late 1990s and early 2010s — regard the ability to learn new skills as their second priority in work, after alignment with their personal values.

Unlike previous generations, which have placed the greatest value on pay, she says the focus on skills has pushed remuneration to third in the list of priorities for young people.

“Skills are the new currency,” Cai says. “My biggest advice to companies is to focus on skills first — it is a big mindset shift.” 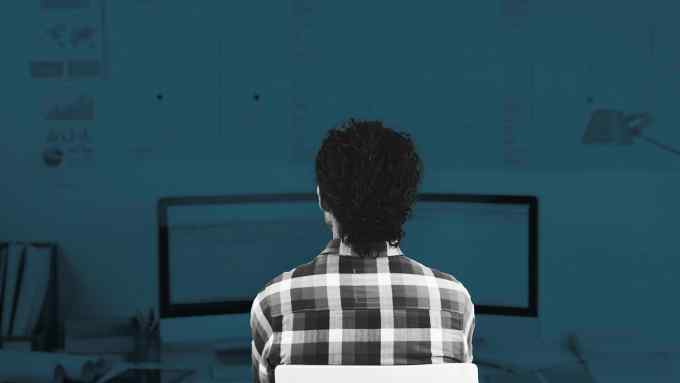