Schroders and Janus Henderson to pay for research after Mifid II

Four big asset managers have backtracked on their decision to charge investors for research under new European rules just a day after BlackRock, the world’s largest fund house, said it would absorb the costs.

Schroders, Janus Henderson Investors, Union Investment and Invesco all said on Friday that they now plan to cover the cost of research from their own pockets. They had previously said they planned to pass the charges on to investors. Collectively they have $2tn under management.

The issue has come up because of new Mifid II rules that will require asset managers to set research costs out clearly for investors starting in January.

BlackRock’s announcement on Thursday that it will pay for analyst reports forced several other big fund houses to rethink their plans.

Joshua Maxey, managing director of Third Bridge, a research provider, said: “It is not surprising to see some managers reversing course on passing on research costs after BlackRock’s announcement and it will increase the pressure on others to fall into line.”

The Mifid II rules are an effort to make investment costs clearer to customers by ending the opaque practice of receiving research for free from banks and brokers in return for placing trades with them.

Although some asset managers had initially said they would pass the cost of research on to their clients, in recent weeks, Deutsche Asset Management, JPMorgan and Vanguard opted to pay for research from their own profits and loss account.

Andrew Formica, co-chief executive of Janus Henderson, said the company had changed its mind, because of a “marked shift in the delivery and pricing of research”.

For several months, banks and asset managers have been locked in fierce negotiations over the price of research.

Hans Joachim Reinke, chief executive of Union Investment, said the company changed course after the completion of several in-house projects, including one that aimed to calculate future research costs.

“From the outset, our objective was that the total amount of future transaction and research costs would not be any higher than they are currently. We therefore anticipate that, following our decision, the total costs for our customers will be lower,” he said.

An Invesco spokeswoman said the company, which had previously said passing on the cost to clients was its “preferred approach”, would absorb research costs from January.

“We are committed to ensuring our investment professionals have access to the external research market, which is critical to decision-making and delivering the long-term investment excellence our clients have come to expect from Invesco,” she added.

Four other big asset managers are publicly committed to charging clients. After the BlackRock announcement, Carmignac and Amundi said they planned to continue charging clients. Man Group and Deka declined to comment.

BNP Paribas Investment Partners had previously said it would charge clients, but changed its mind over the summer. The company said it had yet to finalise its decision. 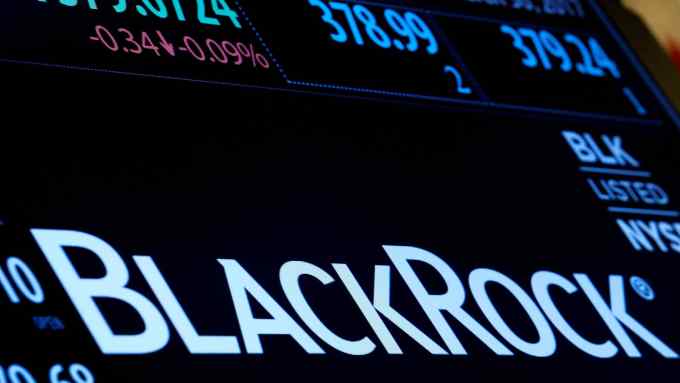