An adviser family firm’s search for a future-proof formula

In December 1992, Joe Chornyak Jr sat across the table from his father. He had graduated from the University of Dayton, Ohio, and wanted to join his father’s financial planning consultancy, Chornyak & Associates.

His father told him he would have to be interviewed for the position. When the interview concluded, Joe asked his father about pay. He was offered a salary of $24,000.

Joe Jr objected, pointing out that his friend Lou, also about to go to work for his father, had been offered $30,000. “So I said, maybe you ought to go work for Lou’s dad,” Joe Sr recalls.

But 27 years later, the two are still colleagues at their practice in Columbus, Ohio. “We’re fortunate to have a relationship where we can work together,” says Mr Chornyak Jr. “He [dad]’s pretty candid if he thinks something I’m considering is not how he would do it. Or I may question some things from his perspective.”

Mr Chornyak Sr is colour blind — the two think it is an apt metaphor for how they can “look at the same picture and see things differently”.

Chornyak & Associates, launched in 1982, now has $1.2bn in assets under management and 11 staff, including three with certified financial planner designation — the Chornyaks and their colleague Bob Mauk.

The practice is owned by Mr Chornyak Sr, although there is a formal succession plan in place whereby, should anything happen to him, Mr Mauk and Mr Chornyak Jr would acquire the business.

Mr Chornyak Sr, who started work as an insurance agent in 1976, has told clients he has no plans to retire. “But if I got hit by a bus tomorrow, I just know the business would continue and Joe would be just fine, and he’d do just fine.”

The perspective Mr Chornyak Sr has gained over a 44-year career has allowed him to keep a level head in the current market turmoil. “I have seen a number of corrections over 20 per cent,” he says. “I vividly recall that in the middle of each one it felt like this one was the worst.”

He compares the situation to hitting a severe storm on the road. The key is to “be patient, drive slowly, and eventually make it to your destination”. He adds: “Right now, we are in a very, very bad storm. But it will end, the sun will come back out, and we will survive.”

In normal times, the Chornyaks vacation as well as work together. In summer, they go fly-fishing in Alaska, aiming to leave emails and phone calls behind.

Because of this close relationship, the two have tried to avoid the dangers of nepotism. When Mr Chornyak Jr joined the firm, his father warned him he would have to start at the bottom and would face tougher treatment than any other employee.

“You want everybody to be treated fairly,” Mr Chornyak Sr says. “You don’t want anyone to say: ‘Oh, because it’s Joe, he gets to do this or gets to do that.’ He works long hours, has a good work ethic. People see that, and realise he doesn’t have a free lunch.”

But hard work does not spare him from his father’s ribbing. “I tell clients he’s just a pup. He’s only been here 27 years,” says Joe Sr. “My son likes to say 49 years. I remind him that’s how old he is.” 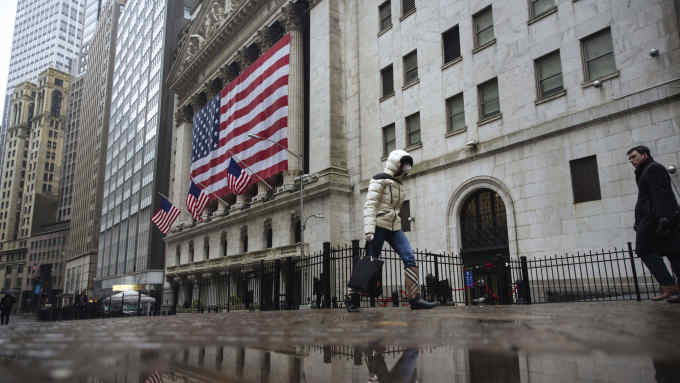 The latest FT 400 guide to leading US advisers, state by state; market crash shakes up investment strategies; investors look for tougher verification of ESG data; how to fight cyber attacks; interest in cryptocurrencies continues despite crashes