The concept of patenting ideas for tackling social problems might seem counter to the charitable sector’s fundamental mission: to spread successful interventions as widely as possible.

Yet while much of the sector has yet to fully understand the value of patents and other forms of intellectual property protection, such tools can help aid organisations achieve their goals.

First, of course, non-profits need to know they are not breaching someone else’s IP rights. One example is the One Laptop Per Child project which sought to provide low-cost laptops to children in the developing world. The venture — which ultimately failed in its mission — suffered a setback in 2007 when attempts were made to claim $20m in damages in Nigeria and the US for alleged patent infringement over the laptop’s keyboard design.

Médecins Sans Frontières, the global medical charity, sought legal help to avoid similar danger when it backed the development of accessible diagnostic tests in developing countries. “They wanted to make sure patent laws wouldn’t stand in their way,” explains Yasmin Batliwala, chief executive of Advocates for International Development (A4ID), which matches charities with pro bono legal services. As a result, MSF secured unrestricted legal rights to the diagnostics developments it was supporting. 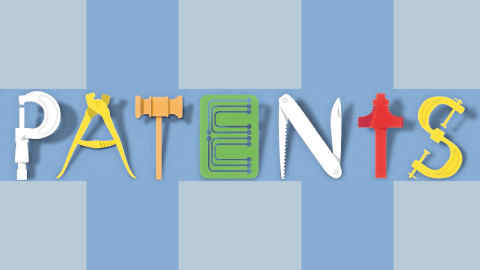 Beyond avoiding breaches of IP rights, there are times when securing patents and other forms of IP protection can help charitable organisations advance their mission.

As partnerships between companies and charitable agencies expand, for instance, patents give an incentive to commercial organisations to invest in research and development. “Where a patent might make sense for a non-profit is when the organisation is trying to entice private industry to make a large investment in a technology that the non-profit would like to see widely disseminated,” says Jonathan Loeb, a partner at law firm Dechert who focuses on life sciences litigation and patent counselling.

As digital technologies become ubiquitous, protecting such assets is becoming more important for charities. “It is incredibly important in the non-profit sector and it has to take steps to protect its assets if it wants to carve out a space in the knowledge economy,” says Ms Batliwala.

Not all innovation in the non-profit world lends itself to patenting, however. “Charities that are not in the medical field often come to us to protect innovative methods of assessing or evaluating societal impact,” says Catharina Waller, senior trademark and patent attorney at London-based Bates Wells, whose clients include charities and social entrepreneurs.

“Those are very worthwhile inventions,” she explains. “However, they’re not technical in nature and so we have to disappoint them because patent protection isn’t available.”

Even when applicable, patent protection is often beyond the budget of non-profits. Yet other forms of IP protection, such as terms and conditions, copyright notices, trademarks and design registrations, are available.

Ms Waller says trademarks can be particularly valuable. “They are relatively cheap to obtain and you get a lot of bang for your buck,” she says. “After a charity’s expertise, its staff and its volunteers, its brand is often its most valuable asset and protecting that is very easily done by a trademark registration.”

Sometimes, valuable IP protections can be enshrined in national laws. For example, A4ID was approached by development organisations that wanted to safeguard IP rights for indigenous people in the Democratic Republic of Congo, whose livelihoods depend on their knowledge of local medicinal herbs and other natural resources. Offering its services pro bono, the Paris office of Simmons & Simmons analysed and helped make crucial amendments to a draft law on IP rights.

“They provided very effective recommendations and redressed the legal language of the document to ensure the indigenous communities had stronger legal protection,” says Ms Batliwala.

The challenge in the non-profit sector is that a balance must be struck between protecting the ownership of vital intellectual assets and encouraging the sharing of ideas that can tackle big global problems. But intense competition for funding and the demands from donors for recipients to demonstrate their effectiveness can prompt non-profits to seek protection for their IP, raising barriers to the exchange of ideas.

Tris Lumley, director of innovation and development at NPC, an adviser to charities, says funders should change their approach. “If you could get . . . funders who agreed that there’s a need to collaborate, then getting them to invest in knowledge-sharing instead of protection would be possible.”