Mortality statistics show 122,000 deaths in excess of normal levels across 14 countries analysed by the FT

The death toll from coronavirus may be almost 60 per cent higher than reported in official counts, according to an FT analysis of overall fatalities during the pandemic in 14 countries.

Mortality statistics show 122,000 deaths in excess of normal levels across these locations, considerably higher than the 77,000 official Covid-19 deaths reported for the same places and time periods.

If the same level of under-reporting observed in these countries was happening worldwide, the global Covid-19 death toll would rise from the current official total of 201,000 to as high as 318,000.

To calculate excess deaths, the FT has compared deaths from all causes in the weeks of a location’s outbreak in March and April 2020 to the average for the same period between 2015 and 2019. The total of 122,000 amounts to a 50 per cent rise in overall mortality relative to the historical average for the locations studied.

In all the countries analysed except Denmark, excess deaths far outnumbered the official coronavirus death tolls. The accuracy of official death statistics from the virus is limited by how effectively a country is testing people to confirm cases. Some countries, including China, have retrospectively revised up their death tolls from the disease.

According to the FT analysis, overall deaths rose 60 per cent in Belgium, 51 per cent in Spain, 42 per cent in the Netherlands and 34 per cent in France during the pandemic compared with the same period in previous years.

Some of these deaths may be the result of causes other than Covid-19, as people avoid hospitals for other ailments. But excess mortality has risen most steeply in places suffering the worst Covid-19 outbreaks, suggesting most of these deaths are directly related to the virus rather than simply side-effects of lockdowns.

David Spiegelhalter, professor of the public understanding of risk at Cambridge university, said the daily counts in the UK, for instance, were “far too low” because they only accounted for hospital deaths.

“The only unbiased comparison you can make between different countries is by looking at all cause mortality . . . There are so many questions about the rise we’ve seen in death that have not got Covid on the death certificate, yet you feel are inevitably linked in some way to this epidemic.”

The extra deaths are most pronounced in urban areas with the worst virus outbreaks, and have completely overwhelmed reporting mechanisms in some. This is especially worrying for many emerging economies, where total excess mortality is orders of magnitude higher than official coronavirus fatalities.

In Ecuador’s Guayas province, just 245 official Covid-related deaths were reported between March 1 and April 15, but data on total deaths show that about 10,200 more people died during this period than in a typical year — an increase of 350 per cent.

In the northern Italian region of Lombardy, the heart of Europe’s worst outbreak, there are more than 13,000 excess deaths in the official statistics for the nearly 1,700 municipalities for which data is available. This is an uptick of 155 per cent on the historical average and far higher than the 4,348 reported Covid deaths in the region.

The region surrounding the Italian city of Bergamo registered the worst increase internationally with a 464 per cent rise in deaths above normal levels, followed by New York City with a 200 per cent increase, and Madrid, Spain, with a 161 per cent increase.

In the Indonesian capital Jakarta, data on burials shows an increase of 1,400 relative to the historical average during the same period — 15 times the official figure of 90 Covid deaths for the same period.

“If we want to . . . [understand] the ways different countries have responded to the surging pandemic and how [it] has affected the health of the population, the best way is to count excess deaths,” said David Leon, professor of epidemiology at the London School of Hygiene & Tropical Medicine.

Experts have warned of serious under-reporting of Covid-19 cases in residential facilities for the elderly, who are particularly vulnerable to the virus. “Very few countries appear to be testing people in care homes, staff and residents, systematically,” said Adelina Comas-Herrera, research fellow at the Care Policy and Evaluation Centre of the London School of Economics.

Even the much higher numbers of deaths in the pandemic suggested by excess mortality statistics are likely to be conservative, as lockdowns mean that “mortality from numerous conditions such as traffic accidents and occupational injuries possibly went down”, said Markéta Pechholdová, assistant professor of demography at the University of Economics, Prague.

Clarification: A chart in this article was amended to indicate that the mortality data used for Italy is for an incomplete set of that country's municipalities. Complete national mortality data for Italy have not yet been released.

Video: Bill Gates on the global battle with coronavirus
Reuse this content (opens in new window) CommentsJump to comments section 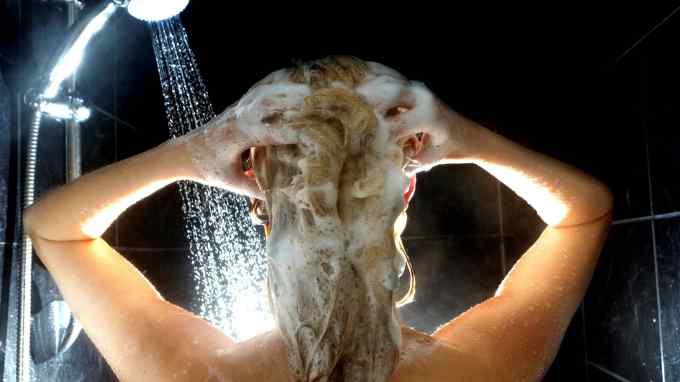