Clients seek reassurance in volatile times, as advisory firms scale up to gain a competitive edge

When the coronavirus outbreak sent US stocks tumbling in February, one of the US’s largest registered investment advisers was on hand to allay their clients’ worst fears.

The team at Carson Wealth counselled investors by phone and video calls, as markets whipsawed, in some cases talking clients through the process of applying for loans from the Paycheck Protection Program, the US Treasury’s bailout fund aimed at keeping small businesses afloat.

“There was a lot to do. Because we were proactive, we wound up gaining clients who hadn’t heard anything from their [incumbent] advisers,” says Ron Carson, founder and chief executive of the Omaha-based firm.

The seventh annual FT 300 Top Registered Investment Advisers list (see table below) comes as the most severe hit to the global economy since the Great Depression underscores retail investors’ need for in-depth and tailored advice.

This is why we’re seeing advisers emphasise their role as more of a financial life coach. Sometimes, the investment piece is the easy part

The list — compiled by Ignites Research, an FT sister company — assesses RIAs with assets under management (AUM) of more than $300m on their expertise and other credentials desirable to investors. The FT 300 is presented here as an elite group segmented by state, rather than a competitive ranking of one to 300 (scroll below the table to see the full methodology).

Breadth of service is a key theme in this year’s list, with many advisers managing retirement planning, tax management, philanthropy and other aspects of clients’ financial lives beyond just investments. In 2019 — the period analysed for the latest FT 300 list, for which the data was collated in April and May — RIAs saw an average 13 per cent rise in their client numbers thanks in part to these additional services.

To meet demand, companies increased the number of staff involved in delivering advice ─ including client-facing roles and those researching funds ─ from a median of 15 employees in last year’s list to 17 this year. Larger teams give these advisory firms the resources to communicate directly with clients, which can help soothe investors during turbulent times.

When surveyed, the FT 300 group said that roughly 82 per cent of their clients had made no changes or only minor tweaks to their long-term investing plans, despite the coronavirus-led convulsions in the markets. They estimated that only 4 per cent of investors lost confidence in the long-term performance of the markets, while 10 per cent sought to profit from the volatility. As financial markets in the US are down only slightly since the end of 2019, this has so far helped advisory firms to remain relatively resilient to the crisis.

Meanwhile, the desire to scale up has continued to drive many RIAs towards mergers and acquisitions. United Capital, based in Newport Beach, California, and one of the biggest independent RIA firms, was acquired by Goldman Sachs for $750m in July 2019. And in March, Captrust Financial Advisors acquired Welch Hornsby, a large Alabama-based adviser with $5.5bn under management.

This pattern of expansion and consolidation among RIAs has led to growth in assets among the FT 300 firms: the median AUM of this year’s cohort, as at the end of 2019, is $1.9bn, up 29 per cent from the previous year. In addition, more than a third (36 per cent) of the companies on the list credit acquisitions for much of their growth over the prior three years, compared with 30 per cent in 2019.

These changes have intensified competition for a place on the FT 300, with many companies outdoing peers based on narrow differences. Advisers on the list hail from 39 states, and Washington, DC. Once again, California is the state with the most advisers on the list (50), far ahead of New York state’s 28.

In addition to M&A activity between advisers, private equity firms have entered the market. In June, GTCR took a 25 per cent stake in North Carolina-based Captrust, in a deal that valued the adviser at $1.25bn. This followed similar moves including Hellman & Friedman’s $3bn acquisition of Financial Engines in 2018, which it merged with Edelman Financial, and earlier this year General Atlantic acquired a minority stake in Creative Planning, an RIA with more than $50bn in assets.

Scroll below the table at the end of this article to see the full methodology.

The pandemic has temporarily slowed dealmaking but consolidation among RIAs will accelerate in the long run, says David DeVoe, chief executive at DeVoe & Co, an investment bank and consultancy. He believes the crisis will gradually persuade a greater number of small RIA owners, who lack the scale needed to compete on technology and services, to retire.

Indeed, quality of technology was cited by nearly half the advisers on the list as their top challenge. Many RIAs plan to continue some working from home beyond the opening months of the pandemic, which means technology will become critical in supporting increased digital interaction with clients.

The rise of so-called robo-advisers — platforms that provide low-cost financial guidance — such as Betterment has spurred traditional firms to distinguish themselves from the disrupters’ cheap, automated investment portfolios by emphasising the personal touch.

Most elite RIAs see such technology as a complement to human advisers, who can tailor advice to individuals’ needs. FT 300 advisers estimate that investing accounts for just under half of the value they provide to clients, with the remainder coming from financial planning and other services.

“Advisers have to show their value more,” says Joe Ziemer, vice-president of communications and policy at Betterment. “This is why we’re seeing advisers emphasise their role as more of a financial life coach. Sometimes, the investment piece is the easy part.”

With the markets facing longer-term volatility, this could be an opportune time for advisers to demonstrate their deeper worth.

Loren Fox is director of research at Ignites Research, an FT company.

This seventh edition of the FT 300 assesses registered investment advisers based on desirable traits for investors. We present the FT 300 as an elite group, not a competitive ranking of one to 300. This is the fairest way to identify the industry’s elite advisers while accounting for the companies’ different approaches and specialisations.

To ensure a list of established companies with substantial expertise, we examine the database of RIAs registered with the US Securities and Exchange Commission and select those with more than $300m in assets under management (AUM).

The Financial Times and Ignites Research, the FT’s sister company, invited qualifying RIA companies — more than 2,000 — to complete a lengthy application that gave us more information about them. We added this to our own research into their practices, including data from regulatory filings. Some 760 RIA companies applied and 300 made the final list.

The formula the FT uses to grade advisers is based on six broad factors and calculates a numeric score for each adviser. Areas of consideration include AUM, asset growth, the company’s age, industry certifications of key employees, SEC compliance record and online accessibility. The reasons these were chosen are as follows:

• AUM growth rate can be a proxy for performance, as well as for asset retention and the ability to generate new business. We assessed companies on three-year growth rates.

• Compliance record provides evidence of past client disputes; a string of complaints can signal potential problems. 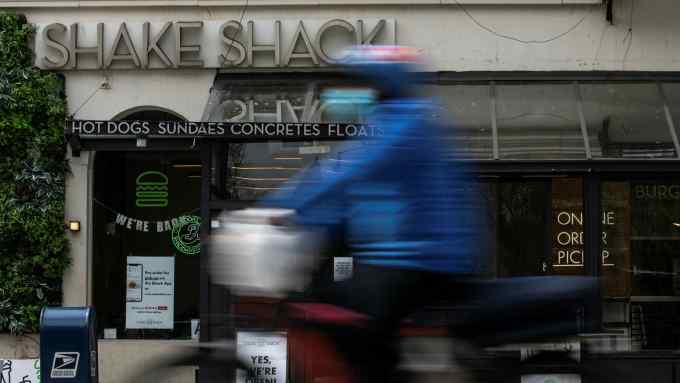