Who is to blame for the latest pensions debacle?

I suspect you have all heard about the gilt market’s impact on UK pension funds’ liability driven investment (LDI) strategies. Why did this meltdown happen and who is to blame?

I once worked in a bank, and sat through meetings in which the actuary reviewed its pension fund. He would provide a range of forecasts for the longevity of its members, inflation and the long-term returns on its assets, which resulted in an estimate of the fund’s surplus — or deficit — of assets over future liabilities.

I wondered then why the actuary was coming up with these estimates of future returns when he could simply look up the current price for the stock and bonds. Some years later I felt like the young man who had thought his father was an idiot, but as he reached middle age discovered that his father seemed to have become smarter.

I realised the actuary was properly looking at the fund as a long-term investment vehicle.

However, the accounting profession later decided that instead of relying solely on actuarial valuations, company pension funds should provide a “fair value” for their assets, estimating a deficit or surplus in their annual accounts.

What could be more conservative than annually marking to market your assets? Well, it depends why the assets are held. Pension fund assets are there to fund payments over long periods, often decades into the future. 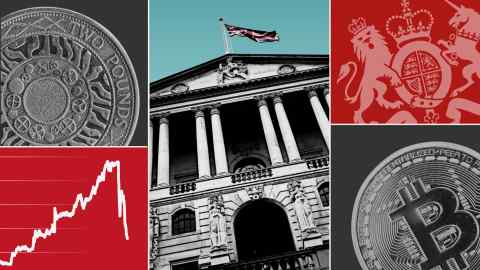 The problem with showing an annual mark-to-market of assets and liabilities is that it brings short-term price volatility into the reckoning and that it may lead to poor decisions. Companies and pension fund trustees became obsessed with minimising this volatility. At this point the investment consultants who advise pension funds cooked up the LDI concept.

The idea was that a fund would estimate its future liability to pay out pensions by buying bonds or gilts to match those liabilities at maturity. This approach is flawed. Why not try to invest in assets that should produce a higher return than gilts over the long term, such as equities?

The answer lies in the willingness to swap a probably better but uncertain outcome from equities for the certainty of the redemption yield of government bonds and a desire to avoid annual mark to market swings. There can be quite sharp adverse swings in equity prices, just as we have seen in bonds, as interest rates rise. Yet bonds at least have a redemption value many years hence when the pensions are due for payment.

Compounding this mistake, the funds advised by consultants added some leverage to achieve the liability matching if the fund had a deficit — which most had. If you had a fund with assets that were two-thirds of its estimated liabilities, say £64 of assets against £100 of liabilities, then the fund does not have enough funds to buy gilts to match its liabilities.

However, it could do so with leverage, using the £64 to buy gilts as collateral to get a bank to buy another £36 to hold for it. Of course, this wasn’t called leverage but a derivative contract, which had the same effect.

If you are a long-term investor — as any pension fund should be — and you try to eliminate price volatility from your portfolio, you will not only fail, but more importantly you will end up focused on the wrong risk

The addition of derivatives was the detonator for this explosive mixture of inappropriate accounting and a misguided investment strategy. As gilt prices fell last week, pension funds were faced with margin calls against those derivative contracts which could only be satisfied by selling some of their gilts. The price fell further, triggering more margin calls.

You might think I am just another commentator who spots the problem after the event. However, in 2003 when I was chief executive of Collins Stewart we acquired what was then Tullett Liberty, now TP-ICAP, the interdealer broker. The acquisition came with a pension fund that had a deficit, with roughly £64 of assets for every £100 of estimated liabilities. We too faced the siren call of investment advisers who suggested liability-matching investments in bonds. What did we do?

The pension fund trustees fired the investment adviser and moved to a strategy of investing only in 20 high-quality equities. The adviser said it was “the most dangerous investment strategy he had ever seen a pension fund adopt”. The chair of the trustees memorably retorted: “In contrast to the strategy you are recommending, it is in danger of making money.”

By the time I left Tullett a decade later, the pension fund had £132 of assets for every £100 of estimated liabilities. This was not simply lucky timing. Equities fell sharply in the 2008-09 financial crisis and the trustees reacted to this in exactly the right fashion — by ignoring it.

What is the moral? If you are a long-term investor — as any pension fund should be — and you try to eliminate price volatility from your portfolio, you will not only fail, but more importantly you will end up focused on the wrong risk.

Pension funds should get back to investing in assets with the likely greatest return over the long term — equities. Any annual deficit should be regarded as a contingent liability and trustees should regard consultants the same way that Tullett Prebon’s trustees did.

The author is chief executive of Fundsmith LLP