BlackRock has performed a volte-face and launched a swap-based equity exchange traded fund, entering a market it had avoided for nearly a decade following chief executive Larry Fink’s vehement criticism of the structure.

“BlackRock has been the flag-bearer for physical ETFs for many, many years. They were very critical of the idea of synthetic ETFs and here they are launching one,” said Jose Garcia-Zarate, associate director of ETF strategy at Morningstar, the fund data provider.

So-called synthetic ETFs rely on having a swap contract in place with a counterparty to replicate the performance of the underlying assets, rather than actually owning the assets themselves, as a “physical” ETF does.

They fell out of favour in the wake of the global financial crisis when regulators such as the Financial Stability Board and IMF raised concerns over counterparty and liquidity risks, but have started to attract interest recently due to their tax advantages.

BlackRock has come to the realisation that some investors are wising up. Money talks and you have to give your clients what they are demanding

Mr Fink had in the past warned that derivatives-based ETFs exposed investors to unacceptable levels of counterparty risk and were “just a contract between a buyer and seller”. He criticised the level of transparency of some the funds, particularly when the counterparty was ultimately the same company as the issuer.

The derivatives-based versions of its $50bn iShares Core S&P 500 Ucits ETF that it listed on Euronext, the London Stock Exchange and Frankfurt’s Xetra exchange this week are BlackRock’s first foray into synthetic equity ETFs. It said it had no plans to launch any more.

The world’s largest asset manager did launch swap-based equities ETFs in 2010, though it subsequently closed them. It has continued running swap-based commodity ETFs, particularly for soft commodities where holding the physical product is awkward and in contravention of Europe’s Ucits fund rules.

Brett Pybus, head of Emea investment and product strategy at BlackRock’s iShares arm, said there was now an “enhanced S&P 500 ecosystem” to allay concerns around “a number of areas where we have been vocal in the past”.

“There have been improvements in the type of products available [in terms of] the transparency of the collateral basket,” Mr Pybus added.

“These products are well structured with multiple swap counterparties who don’t have an affiliation to the issuer. It’s a more robust infrastructure. There is greater client comfort with the structures we have seen in the market.”

BlackRock has lined up JPMorgan and Citi as swap counterparties, with more banks likely to come on board.

The collateral will be a basket of non-dividend paying S&P 500 stocks. This should allow the synthetic ETF to outperform BlackRock’s existing Dublin-domiciled physical S&P 500 ETF.

Non-US investors in the latter have to pay a 15 per cent withholding tax on dividend income, equivalent to about 30 basis points a year. The nature of the substitute basket of the synthetic ETF means no tax is liable.

Mr Garcia-Zarate said that over the past three years most of the money flowing into European-domiciled US equity ETFs had gone into synthetic products because of this tax advantage, and that BlackRock was simply “bowing down to the evidence” that many large institutional investors preferred a synthetic approach for US equities.

“BlackRock has come to the realisation that some investors are wising up. Money talks and you have to give your clients what they are demanding,” he added.

*This article has been amended since original publication to reflect the fact that BlackRock did launch swap-based equities ETFs a decade ago, though it subsequently closed them. 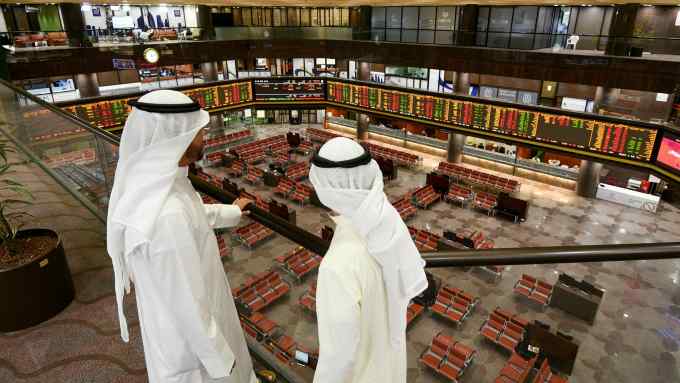