Now is the time for financial advisers to earn their corn

A pandemic is no time for amateurs. Millions are desperate to get their pensions, investments and futures back on track and may think they can do it alone. However, acting in haste could make things even worse.

Some years ago, when I needed an adviser to sign off a transfer of a straightforward occupational pension to another pension provider, I opted for the lowest quote. Unfortunately, it cost me dear; I ended up paying twice because the adviser did not manage to achieve the transfer before the valuation expired. It was not as straightforward as I had believed. In retrospect I should have sought a recommendation from someone with a better record in making pension transfers.

Many of us now need experienced professional advice to help safeguard our financial futures.

There are echoes of the 1980s, when thousands faced ruin after the collapse of the fraudulent investment company, Barlow Clowes. The company promised a 15 per cent return on gilt funds, but its investors lost £180m and many wrote to me in panic, hoping they could discover some way to make up the money they had lost.

This year, large numbers of investors have lost money through mini bonds, commercial property or Neil Woodford’s funds. Thousands are scrutinising their pension funds to see how long it will take to get back to 2019 levels. 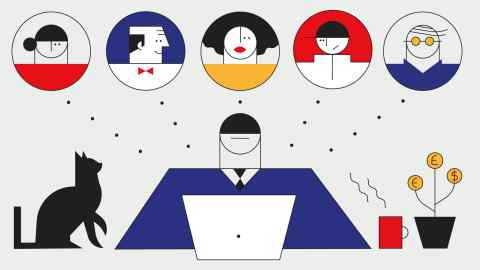 Many may have already made the wrong decision by cutting the amount they pay into their pensions. Canada Life research showed that nearly a quarter of workers have stopped paying into their pension or are about to do so. Their timing could not be worse.

Retirement decisions are also problematic. A report by Legal & General this summer said that 1.5m people over 50 have decided to delay their retirement as a result of the pandemic.

Anyone debating their retirement age should seek help from a financial adviser or they could regret decisions made in haste. Cashing in your investments to pay for living costs now may make it impossible for you to make up for lost time when your finances are back on track.

Many may balk at paying an adviser £150 an hour, the UK average for such expert help, according to the Money Advice Service. Furloughed workers or those who fear redundancy are especially sensitive to such high fees.

The range is between £75 to £350 an hour, but you can negotiate. Some firms offer a fixed price for a set piece of work. If, however, your finances are complex and you have large sums invested, an adviser could charge several thousand pounds to sort out your affairs.

My first adviser was based in a swish London office and was not cheap, but he was down to earth and efficient. He took a full financial history from me and my husband and was clear on our appetite for risk. He explained recommended investments in detail. He left to work for the Financial Conduct Authority because he did not like the constant demands of his employer to get us and other clients to invest more. If he was still advising he would be getting my recommendation.

Before your first meeting, you must work out how you need to be helped

The FCA has a list of “regulated advisers” but does not endorse their services or guarantee their probity. You should check what services they have on offer and their qualifications. At the initial consultation — which is usually free — you need to feel that you trust the adviser and that they understand your needs. You must come armed with full details of your investments ahead of this first conversation. Too many people are vague about their finances.

Before your first meeting, you must work out how you need to be helped. It may be possible to seek advice on one part of your investments. For example, some people who have been furloughed and have not had to pay to commute, buy office clothes or to go to restaurants and pubs may be looking at where to invest what they have saved. One-off advice is often less expensive than an ongoing service with regular reviews. Firms should be willing to offer such a service to get your future investment business, especially if you have substantial assets.

It is worth letting your friends, relatives and colleagues know if you find the right adviser for you. Times are hard and many will also want to get their investments in hand.

Lindsay Cook is the co-author of “Money Fight Club: Saving Money One Punch at a Time”, published by Harriman House. If you have a problem for the Money Mentor to look into, email money.mentor@ft.com