T-cells: the missing link in coronavirus immunity? | Free to read

Scientists who have spent months focused on the role of antibodies in fighting Covid-19 are beginning to suspect that a lesser known part of the immune system is equally crucial: T-cells.

Evidence is emerging that T-cells, which can “remember” past infections and kill pathogens if they reappear, have a big influence on how long patients remain resistant to reinfection by Covid-19.

The cells, whose size and complexity dwarf tiny antibodies, also appear to affect how well vaccines work and even the level of immunity in the community required to suppress new waves of disease.

“Antibodies do look slightly precarious and transient in the blood, while there is a lot of evidence that T-cells are long lasting,” said Mala Maini, professor of viral immunology at University College London.

People who recovered from Sars, the disease most closely related to Covid-19, in 2003 still show cellular immunity to that coronavirus 17 years later.

T-cells, which circulate in the blood, might protect people who have been infected and recovered from the new coronavirus but have no detectable antibodies shortly thereafter.

Immunity to any infection arises from a complicated interplay of different cells and proteins such as antibodies, which are produced in various human tissues. Some are designed to recognise invading germs. Others have the job of destroying them.

T-cells come in several different types, including killer T-cells, helper T-cells and memory T-cells. Then there are B-cells — another essential category of white blood cell. Among other roles B-cells are the immune system’s antibody factories.

“Even if you’re left with no detectable circulating antibodies, that doesn’t necessarily mean you have no protective immunity, because you are likely to have memory immune cells (B and T cells) that can rapidly kick into action to start up a new immune response if you re-encounter the virus,” added Prof Maini of UCL. “So you might well get a milder infection.”

Tom Evans, chief scientist at Oxford university’s vaccines spinout company Vaccitech, said: “You can think of the human immune system as an orchestra playing together and needing a co-ordinated performance from all the musicians and their instruments. It doesn’t make scientific sense to talk about antibodies or T-cells on their own.”

As data emerge from clinical trials of potential Covid-19 vaccines, the extent to which they evoke T-cell immunity will be a focus of attention.

Advocates of viral vaccines, which use a harmless genetically engineered virus to carry coronavirus antigens into human cells, are already suggesting that their method is more effective at raising a T-cell response than an alternative approach, which injects coronavirus genes in the form of RNA or DNA into human cells.

More evidence is expected on Monday when Oxford scientists present the first clinical trial results of their ChAdOx1 vaccine, which is based on a chimpanzee adenovirus. But it remains to be seen whether the combination of neutralising antibodies and T-cells raised by the vaccine will give strong and long-lasting immune protection.

One reason why antibodies have been the focus of attention is that they are far easier to measure in diagnostic tests than T-cells, which are almost 10,000 times larger. The trouble is that antibodies sometimes fade fast, particularly in people who have had mild or no Covid-19 symptoms, making them an unreliable indicator of past infection.

“Antibodies are protein molecules circulating in your blood, which can be measured in a straightforward assay [blood test],” said Herb Sewell, immunology professor at the University of Nottingham. “For T-cells, you have to extract them from the blood, keep them alive, and expose them to the assay.”

Technology for mass testing of T-cell immunity is unlikely to be available in the near future. However the first lab studies of the overall immune response to Sars-Cov-2, the virus that causes Covid-19, are beginning to report results. One, led by Jennifer Juno at the University of Melbourne and published in Nature Medicine, studied 41 Australians with mild to moderate symptoms.

Several studies suggest T-cells produced by other coronaviruses — which cause only mild cold-like illness — may also recognise Sars-Cov-2 and provide some protection against Covid-19.

This phenomenon may contribute to what some scientists have called “immunological dark matter”, which could make herd immunity to Sars-Cov-2 achievable with an infection rate as low as 20 per cent, rather than the 60 per cent level often cited. But the idea is controversial and much more evidence will be required before it gains widespread scientific acceptance.

READ MORECoronavirus: free to read
Johannesburg Covid-19 crisis: ‘The storm is upon us’ 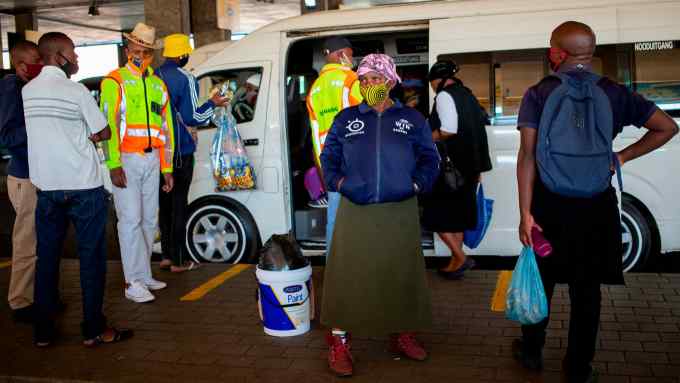