In-house lawyers’ experience of dealing with complex problems and multiple processes should put them at the heart of new efforts to speed up business outcomes. Yet that happens all too rarely in practice — if anything, the legal department can become often an obstacle instead of smoothing the way.

So, since May, the FT’s Accelerating Business series has looked at how a range of legal companies — broadly, legal services providers — have geared up to remedy the problem.

For example, at Engie, the French state-backed utility company, the legal team set out to help the business to move faster. However, Jan Bosmans, head of legal operations at Engie Global Business Support, says he found the answer to this challenge “almost by accident”: through Bryter, a legal technology platform. His team ended up leading the project to automate business processes because “we saw the potential when we started playing around with it”.

Michael Grupp, Bryter’s chief executive, describes its platform as “like Lego for lawyers”, because users can easily automate their own standard documents and processes without having to know how to code. Engie’s legal team uses the tool to get more done by non-specialists.

Bosmans says he faced two challenges in leading the adoption of the new technology. “The first was time, and the second was buy-in,” he explains, as the initiative was a side-project at the outset.

He runs training sessions on using Bryter, and says that lawyers can automate documents for themselves within three hours. Another advantage of the “no-code” platform is that they can also tweak processes without having to call on someone else’s specialist knowledge. The resulting flexibility can help legal teams respond swiftly to business developments.

Speed is also a preoccupation for Ironclad, which develops automated contract management software. When it launched, in 2014, it differentiated itself from other contracting technology providers by focusing on faster contract creation as opposed to being a document repository.

“Technologists, when they made software for lawyers, didn’t get it,” founder Jason Boehmig told the FT in July.

The tool has developed into a fully fledged contract lifecycle management system but the focus on doing business at speed remains. It recently launched a “click-wrap” product — an evolution of esignature technology that allows businesses to sign contracts with one click. Customers, such as self-storage company Extra Space Storage, say they can sign up customers faster as a result.

Aine Lyons, senior vice-president, and a deputy general counsel at US cloud software company VMware, is on a similar drive to get contracts signed as fast as possible. She likens faster contracting at VMware to “shaving seconds off the pit stop” in a Formula One race.

The legal team at VMware has made several process improvements that enable faster agreement of contracts. Its most radical change, still in the process of implementation, is a plan to use a single contract to cover all its products and services, plus further services at a later date, with no need to renegotiate the terms. To date, VMware says it has cut the average negotiation time by 25 per cent.

One challenge of such a move, Lyons says, was to make such a big transformation a priority for the legal team. Her approach included breaking down silos between departments to merge the teams for legal operations, contract negotiation, and legal procurement into a single unit, and then connecting it to VMware’s product teams.

Lawyers “have to be proactive about figuring out where you want to be in five years”, she says (see change-maker profiles).

Building the connections and sharing customer feedback from surveys helped create a sense of urgency, she recalls. Away-days allowed colleagues space to talk about any difficulties.

Perhaps inevitably, the evolution of a new market involves close collaboration between a provider of legal services and its clients. Law company Factor stood out in the Accelerating Business series for its longstanding relationship with UK telecoms company BT.

Prash Mehta, BT’s transformation and projects director for legal, describes Factor as the “12th man” in its legal department. Part of that role is to give BT access to flexible and diverse resources.

At the same time, a relationship that initially concerned simple, low-level work has developed into something more complex. Factor can now manage or negotiate increasingly sophisticated contracts for BT, such as sponsorship agreements, intellectual property licensing, and outsourcing agreements. It is also exploring possible task automation, which would further accelerate business outcomes for the telecoms company.

A common thread running through the products and collaborations in the Accelerating series is the emphasis on DIY, empowerment and self-service — for the lawyers, but ultimately for the rest of the business too.

At Engie, one of Bosman’s colleagues — another lawyer — comments wryly that they are accelerating business by engineering their absence. “By no longer being involved in these processes, we create value,” he notes.

Over the past six months, the FT’s research partner RSGI, a legal think-tank, has provided examples from the growing army of legal knowhow providers. As the series developed, further examples emerged in three categories — listed below, with links to the relevant article in the series.

Company legal teams showed how they deliver value to their organisations, use data and technology, and improve processes.

The global legal team at the world’s biggest beverage company has developed a way to share its expertise worldwide — and dubbed itself the “best beer law firm in the world”. Its knowledge management platform has been carefully designed to provide best-practice advice on topics ranging from excise taxes to crypto assets. AB InBev lawyers around the world can share their expertise with each other when facing similar challenges.

The UK telecoms company’s legal team continually pushes to improve processes. When the team first started working with law company Factor in 2013, for example, the aim was simply to outsource low-value work. Since then, however, BT has increasingly trusted Factor to work on more complex deals and deal directly with other parts of the business.

The legal team at US diversified manufacturing business Flex has invested heavily in improving contracting processes. Improvements include setting up a contracting centre of excellence in 2020 by working with the IT and business systems teams, and implementing an artificial intelligence contract review tool to speed up negotiations.

The US tech company’s legal team stands out for collaboration with other parts of the business. With the human resources team, it has developed systems to match employees to potential projects based on their skills and experience. Virtual reality meetings initiated in the legal team are now being developed into potential new business lines.

The companies showcase different ways in which technology is being used by in-house legal teams and law firms to improve speed and transparency in business processes.

Most customers of Brightflag’s legal matter management and e-billing platform are first-time legal tech buyers. One example is Ironclad, a fast-growth contracting technology business, which first used Brightflag to manage its legal department’s activities in 2020. The result is an estimated 80 per cent cut in the time taken up by the legal team’s admin tasks.

The business is one of the leading consolidators in the legal technology market, having made more than a dozen acquisitions in the past three years. The strategy has expanded its suite of products in document drafting, workflow, law firm business management and governance. Its most recent acquisition is of talent management business Micron Systems.

A cohort of legal service providers focus on tech and consulting work — and, increasingly, legal advice too.

When war broke out in Ukraine in February, the legal team at a global not-for-profit organisation turned to law company Cognia Law for support with its day-to-day work so it could focus on the crisis. The law company is now helping the humanitarian aid organisation’s lawyers to evaluate further tech to handle the high volume of work under way.

In 2019, Danish bank Danske Bank engaged a small team from EY Law, the legal arm of the professional services firm, to help it respond when errors emerged in the bank’s collection of outdated or excessive debt from customers. Since then, the project has expanded and EY Law now supplies the bank with consultants from areas including financial services, tax, law and strategy.

To offer clients a more seamless experience, KPMG Law, part of professional services firm KPMG, launched its “digital gateway for law” in 2020: a single platform where clients can access all the Big Four accounting firm’s tax and legal-related tech. The platform also gives clients complete oversight over any matters they are working on with the legal team, and the power to instruct lawyers through the platform.

Law company Morae has helped to transform the operating model of education publisher Pearson’s legal department by redesigning training, policies and processes. It also installed a system that allows the legal team to manage better its intake of work from the business, and developed dashboards to help it report on the status and cost of work. Turnround time on contracts decreased significantly as a result of the work. 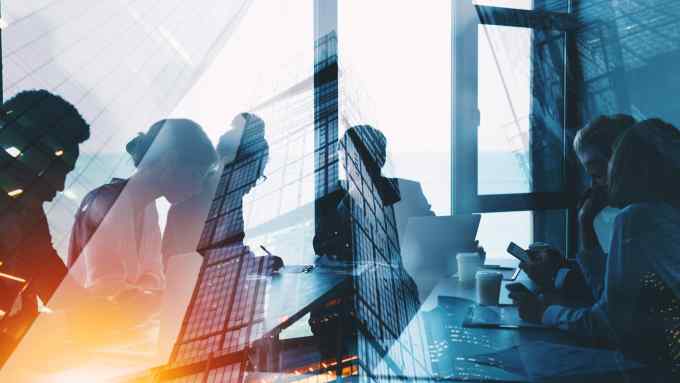