Meet the dream makers: the extraordinary world of beyond bespoke

Want a palace for your parrot? A fantasy football table, or a rose-embroidered Rolls? Look no further

What’s the most special object you will ever own in your lifetime? Let’s start with a spoiler, of sorts, because as nice as diamonds or real estate might be, it is likely to be something far simpler. Think of Citizen Kane, a complex auteur-driven cinematic film-à-clef reportedly about the media mogul William Randolph Hearst, but also the poignant story of his last days and how, despite wild finances, fame and power, he still yearned for his childhood sled, Rosebud.

It is those simple and deeply entrenched desires that define the growth of the industry we have given the mantle “beyond bespoke”: the specialist, guarded ateliers of grand marques that will create anything you want. It can be whimsical or nostalgic, and turn an old charm into a future treasure. To get it, you have to really, really want it as it takes imagination and time, as well as money.

“I recall a client who brought us a little piece of his first pedal car and asked us to replicate its colour for a Phantom,” says Torsten Müller-Ötvös, CEO of Rolls-Royce. “It was a duck-egg blue. We see that kind of emotion in-built into a lot of our bespoke projects – and bespoke is 98 per cent of our business.” The concept of “beyond bespoke” at Rolls-Royce is epitomised by the heritage brand’s Coachbuild department, the automotive equivalent of haute couture, which it officially launched earlier this year, and is available only by invitation. Michael Bryden, one of Rolls-Royce’s bespoke designers, is in charge of making people’s wildest dreams a reality, including a Rose Phantom for a customer in Stockholm, where the leather-trimmed interior was embroidered in roses, totalling more than one million stitches, and Japanese entrepreneur and art collector Yusaku Maezawa’s Phantom Oribe – the design inspired by a collection of Japanese ceramics. Another standout for Müller-Ötvös was a remarkable Phantom built from materials that incorporated a fallen tree from a client’s family estate. “It was rare koa wood from Hawaii and something really close to his heart,” he says. “He wasn’t just ordering a car, he was commissioning a piece of art. Technically it was incredibly difficult.”

Emotion is in-built into a lot of our bespoke projects

Over at the French luxury goods maison Hermès, a select team at its Horizons studio works exclusively – and in typically meticulous fashion – on designs you’ll never find on the shelves at its flagship on 24 Rue du Faubourg Saint‑Honoré. Recently they worked closely with the Rolls-Royce Coachbuild team on a Phantom Oribe that Bryden calls a “land jet” sibling to the client’s existing Hermès-furnished Bombardier private plane.

Like the fragment of that duck-egg-blue pedal car, Hermès has found that many of its clients are indulging passions that are a long way from the queues for a Birkin. One of the most recent “objects” to be completed was a grand residence for a client’s beloved parrot, which opened out like a doll’s house, while the cage took the shape of bricks, topped by a slanted roof of green and orange leather tiles resembling classic Haussmann architecture. The client travels regularly with her exotic bird, and spent time with the Horizons team observing videos of how it interacted with its old dwelling and its surroundings.

“I like to be surprised,” says French creator Axel de Beaufort, who joined Hèrmes in 2012 from a career as a yacht designer, and who is currently the design director of the bespoke studio. “I like it when people come and ask for something we would never have thought about. That’s the challenge.” In 2015, the team started a project called the Hermès Dream, where de Beaufort asked staff from the brand’s stores worldwide which objects they would like to have in store. The ideas included a pair of calfskin boxing gloves and a circular-shaped jukebox inset with bright geometric graphics that took over 100 hours of leather-work. The curved design of the jukebox references the vinyl delivering music to the speakers, and the sound system itself was created by technicians sourced by the team, some of whom became ongoing collaborators.

“My first question to a client is always ‘why’. I want to find out what the object is going to be used for. Then I look for specialists in that field. Sometimes there aren’t that many in the world, but I will always meet them to see if we have a compatibility of spirit,” says de Beaufort, revealing that the specialist might be an electronic wizard or sculptor. There are also simpler briefs. “The other day we had somebody come and ask us if we could create a cricket set,” he says. “Everything is possible, but a single project like that can take more than a year because we are working at the highest level possible, with an artistic direction that we like and people we want to work with.”

This approach turns the everyday into the extraordinary as one of Hermès latest projects, a reinterpretation of a Babyfoot, aka table football, shows. Viewed from the side, the table shape is reminiscent of 1980s postmodern Memphis, but the details are classic: there are leather-clad scoring discs; the aperture where the ball disappears is upholstered; and the players are painted as riding jockeys. Figure-sculpting experts aside, the starting point for Horizons was the purchase of a basic table football which, in order to establish the key points of function, the team then played for hours.

This is literally child’s play compared with the kind of technology involved in a state-of-the art jet or car. When real-estate investor Manny Khoshbin went online to show off his new custom-built McLaren Speedtail last year, petrolheads were impressed, but so were design nerds: the limited-edition hybrid sports car was finished in a lush blue with a similarly appealing tan leather interior, all by Hermès. “We don’t just send leather, we work on all the upholstery at our studio, in the car, and then send it back to their factory.” Not that you would necessarily know it. Ever discreet, de Beaufort is emphatic that the company rejects any offer of collaboration that emphasises branding.

Both heritage brands, while collaborating, vehemently guard their unique identities. Each could say it is the Orson Welles of their field. When they came together to create Yusaku Maezawa’s Rolls-Royce Phantom Oribe it was at the request of Maezawa, and the teams bonded over the highly individual nature of the object. “On a creative level, it was fantastic,” says Bryden. “Both of us have values that we share, in that we take a very distilled approach to our design, and strive for material excellence and craft.”

Indeed, it is the relationship between client and brand that drives any project. Only long-standing clients of Rolls-Royce are invited to be a part of its Coachbuild service, and the bespoke Hermès offering is a word-of-mouth affair, usually forged between a loyal customer and the brand’s standalone stores. Maezawa, having furnished his private jet with a pale green leather and furniture silhouettes reminiscent of his favourite modernist designers – Charlotte Perriand and Le Corbusier – wanted a car to match. And what he wants, he gets. He recently booked nine seats on one of Elon Musk’s upcoming space missions for himself and eight members of the public, who will be chosen Willy Wonka-fashion – although instead of golden tickets wrapped around chocolate, people were invited to apply via Maezawa’s dearmoon.earth website. No one can say this isn’t a man who enjoys his money.

Meanwhile, back down to earth at Hermès Horizons studio, housed in the former studio of film director Luc Besson near Paris, a craftsman studiously cuts and polishes the leather handles to go on a set of portable speakers. Everything is done by hand, just as it always has been, but now there’s wiring and woofers in the mix. At Rolls-Royce, its new Coachbuild Boat Tail cars – launched this year, and reportedly £20m – are made in a similar way at Goodwood. They are wholly bespoke, from the chassis to the dashboard. “We had a client who wanted to be able to rapidly chill a bottle of champagne in his Boat Tail to precisely six degrees,” says Bryden. “That required a new bridge of engineering, you couldn’t just install a chiller. We had to look at the bottle shape, and how to make that happen in a vehicle that was moving.” 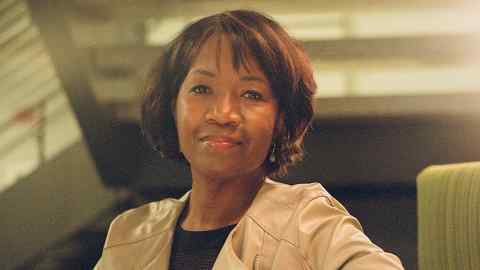 Getting your hands on what you’ve commissioned is a big moment in itself. “It is emotional for everybody,” says de Beaufort. “We love what we do; as the first conversation to the finished product is more than a year, we take on a life with the client.” Often the reveal is dramatic. “The word ‘flabbergasted’ doesn’t really begin to describe it,” says Müller-Ötvös. “They’ve seen the idea in sketches, and thought about it for so long, so when it’s finally there in front of them, they are totally overwhelmed.”