Legal & General Investment Management is launching its first fixed income exchange traded funds as the UK’s largest fund house makes a bid to catch up with faster-moving rivals in the ETF market.

It is now seeking to leverage its experience of managing $236bn of active and passive fixed-income assets to enter the rapidly expanding market for bond ETFs.

LGIM has chosen not to clone existing ETFs and instead has partnered with JPMorgan to create a family of fixed income indices, which it argues provide greater liquidity, lower risk and potentially better returns than comparable existing bond benchmarks.

All of its initial five ETFs — focused on UK gilts, sterling corporate bonds (up to five year and longer dated), Chinese debt and emerging market government bonds — embrace the current zeitgeist of investing according to environmental, social and governance principles.

In practice, this means overweighting “green” bonds and issuers with high ESG rankings and excluding the bonds of the bottom quintile of issuers based on their ESG scores while seeking to retain a similar risk-return profile to plain vanilla indices.

The ETFs will also aim to improve on the liquidity of traditional products by excluding smaller issuers and attempt to avoid “crowded trades” by avoiding selling particular bonds at the same time as rival funds, a trend that has intensified with the growth of passive investment.

“When a bond reaches its one-year maturity everyone in the market is trying to sell it and buy one with longer maturity. If it is downgraded everyone is a forced seller. There is value lost by selling at the same time as everyone else,” said Howie Li, head of ETFs at LGIM.

LGIM’s funds will seek to avoid this by holding on to bonds until six months before their maturity date. The LGIM ETFs can also remain invested in “fallen angels” for six months after their downgrade, longer than most passive funds.

Mr Li said a number of index providers he spoke to other than JPMorgan “couldn’t or wouldn’t” help create LGIM’s preferred benchmarks “because it undermined their existing business”.

Despite being Europe’s third-largest asset manager, behind Allianz of Germany and France’s Amundi, LGIM is only the 16th largest ETF provider in the region, according to ETFGI, a consultancy.

However Deborah Fuhr, founder of ETFGI, did not believe it had missed the boat, with the rollout of fixed income ETFs likely to strengthen LGIM’s broader ETF offering.

“Success, if you measure that by inflows of money, is driven by whether [a provider] has a complete offering. If you want to get on one of the platforms or a selection list you really need a toolbox of products that allow people to invest in equities, fixed income or commodities,” Ms Fuhr said.

The initial five funds will be followed by further fixed income ETF launches in the coming year, Mr Li said, with LGIM planning to build out “a full set of building blocks”.

All five ETFs will be listed on the London Stock Exchange on Wednesday, with the China and emerging markets products also available on the Borsa Italiana and Deutsche Börse. They range in price from 6 to 30 basis points. 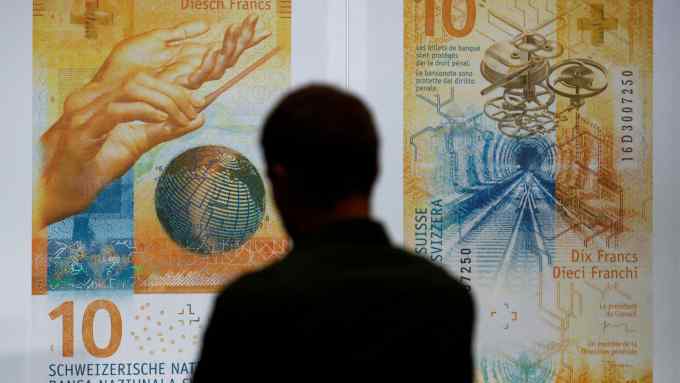