Women are a growing segment of watch buyers, yet dated ideas about what female consumers want mean they remain a woefully underserved market.

Cartier’s quartz model of a 1904 men’s wristwatch, made for Brazilian aviator pioneer Alberto Santos-Dumont, was this year reissued in steel and gold, but this time elegantly thinner with an interchangeable steel or leather wristband.

The Santos-Dumont is among a new generation of unisex watches issued by brands in response to the rising spending power of women, and their desire for larger dials, more automatic timepieces and fashion collaborations.

“Perceptions of femininity and masculinity are evolving, conventions are moving, while women’s wealth is growing worldwide,” says Arnaud Carrez, marketing director at Cartier International. The Richemont-owned brand derives around half of its watch sales from women, Mr Carrez says, far ahead of the industry norm.

A women’s watch was dainty and small . . . The reality is that’s not what today’s woman is looking for

The rise over recent years in the number of women buying watches for themselves has not only helped the industry better understand what women want — but has also given them a strong incentive to do so.

“You see a Rolex 39mm or 40mm watch on a woman’s wrist, [and] you see IWC, Vacheron Constantin and Patek adapt to that,” Mr Guy says. Cartier still focuses largely on feminine watches, he adds: “New iterations of the Santos line, with varying colours of dials and sizes, cater to that ‘unisexification’, but overall there is a long way to go.”

Taking women more seriously as consumers may also offer some low-hanging fruit to a male-dominated industry grappling with the disruption brought by ecommerce, smartwatches and uncertainty about economic growth in China, one of the biggest luxury watch consumer markets.

Women account for more than 40 per cent of sales at Watches of Switzerland, the UK’s largest retailer of Swiss watches, says chief executive officer Brian Duffy.

He says women’s growing spending power was being overlooked. “Historically they weren’t getting what they were looking for because there was this traditional approach — a women’s watch was dainty and small [with] a bigger emphasis on quartz. The reality is that’s not what today’s woman is looking for,” Mr Duffy says. “The industry is progressively responding and I’m sure what we see in [the Baselworld watch fair] will confirm that.”

The opportunity is big. Mr Duffy says average prices for women’s watches have increased 30 per cent over the past six years, versus 20 per cent for men, as women shift towards automatics over quartz. Patek Philippe, for instance, launched its Twenty-4 automatic last year — a sporty, round, self-winding mechanical watch that was previously offered only in quartz.

London-based Italian jeweller Carolina Bucci describes her frustration in finding a watch that reflected her tastes. “Everything had diamonds, it was either steel or had diamonds and smaller dials, which isn’t what I wanted,” she says. “What was presented for women was an after-thought because it’s a man’s world . . . we shrink the [watches], put some diamonds [on] and we’re supposed to be happy.”

Coverage of her wearing a 1980s vintage Audemars Piguet Royal Oak 36mm men’s watch in yellow gold caught the attention of the brand’s chief executive, François-Henry Bennahmias. He asked her: “Why are you wearing an old men’s watch? What’s wrong with our feminine watches?” she recalls. “I said, stop making them pink, sprinkling diamonds, making them smaller — it’s crazy and it doesn’t do it for me.”

He challenged her to reimagine the Royal Oak in 2013. She gave the case a Florentine finish of faceted dents. The initial 600 pieces released in 2016 were a “huge success”, Ms Bucci says. Late last year the brand and Ms Bucci launched a £47,800 frosted yellow-gold edition with a mirror dial. 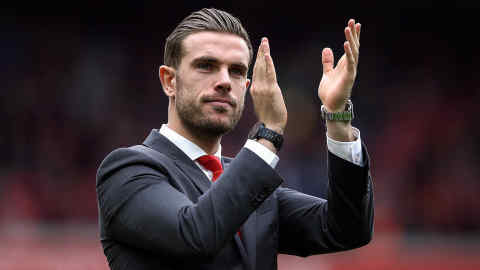 Women account for 35 per cent of sales by value at Audemars Piguet, versus 25 per cent a few years ago. “We don’t intend to change this drastically since we have a limited production,” Mr Bennahmias says. “But we intend to improve the way we communicate with women and integrate them into our strategy.”

Others believe this approach does not go far enough. Watchmakers reissuing their iconic models are “boring people to death”, believes Maximilian Büsser, a former executive of rare timepieces at Jaeger-LeCoultre and Harry Winston.

“Brands take so few risks, they’re not making the next icons for the next generation,” says the Swiss designer and founder of watchmaker MB&F.

Two of his brand’s biggest collectors are women, he says, who each own around 15 pieces. MB&F is launching its first women’s watch, a dome-shaped mechanical timepiece with an exposed movement.

Reginald Brack, luxury industry analyst at NPD Group, a data provider, notes a trend in the $1.9bn US women’s watch market of brands varying their ranges by size rather than gender. “I see brands going more the gender-neutral route.”

He, and many others, believe that when the smartest brands finally stop carving up their collections by gender, “they will attract a whole other audience”.